"I loved being able to dive into human Grace’s brains." 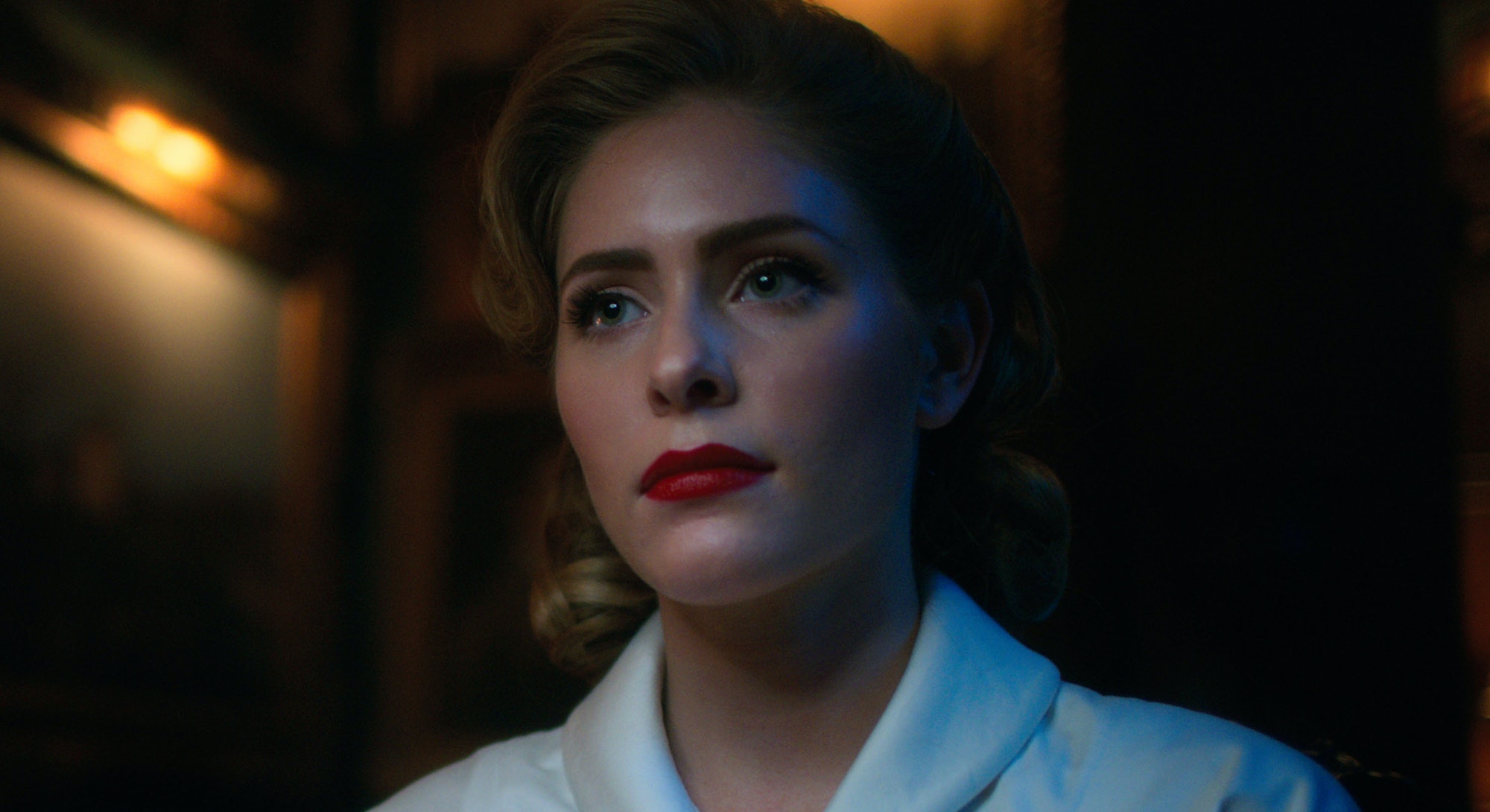 The Season 1 iteration was a robot called "Mom" programmed by the super-intelligent alien Reginald Hargreeves to care for his adopted superpowered children (collectively known as The Umbrella Academy). In Season 2, we learned that AI was based on her human counterpart Grace — a scientist romantically involved with Reginald in the 1960s. After Season 2's cliffhanger ending, it's unclear which version of Grace we'll see in Season 3.

"Hargreeves was drawn to her for her strength, her accomplishments, her intelligence," Robbins tells Inverse, describing the character we meet in Season 2. "Yet he created an AI version of her that was not allowed to be independent."

Speaking with Inverse, Robbins discussed the nuances of playing an AI and human version of the same character, what she’d like to see in The Umbrella Academy Season 3, and why she thinks she may be playing a floating green cube when the show returns.

What was it like playing an AI in Season 1?

It was a very fine line to walk, and one that I gave a lot of thought to. Throughout the first season, Grace evolved and was constantly showing different sides of herself. The challenge for me was in controlling how much humanity to show, and tracking where Grace was at in her “enlightenment” journey. The question of how evolved an AI can be is one I found fascinating and wanted to explore through Grace.

What touches did you add that weren’t in the original comics?

There’s this sadness that comes through in the way Gerard [Way] and Gabriel [Bá] portray her in the comics, which also permeates the story of onscreen Grace and how trapped she is. I wanted to amplify that in my performance, it was such a beautiful parallel to the constrictive existence so many women have lived in previous eras when they too had to live by men’s rules and expectations for them. I also really enjoyed bringing out a mischievous sense of humor in Grace – she is definitely an enigma.

How did you transition to playing a human Grace in Season 2?

It was such an exciting idea for me to support AI Grace’s existence by building this elaborate backstory for human Grace. I loved being able to dive into human Grace’s brains, her passion for science and her career, and that she was a strong woman who could hold her own in a lab full of men. She was a lot more free than AI Grace, which was amazing to tap into.

What about Grace’s Season 2 relationship with Reginald really struck you?

There was this deep level of mutual respect between them and their relationship was built on this admiration for one another’s minds. I loved exploring their bond, how it was strengthened by their shared love of Pogo, and that it brought out this softer side of him that we don’t see in Season 1.

Hargreeves was drawn to her for her strength, her accomplishments, her intelligence. Yet he created an AI version of her that was not allowed to be independent.

What do you think happened to human Grace in the original timeline?

I don’t know, but clearly her absence of it had a lot to do with how cold he became, how closed off he seems to be when it comes to his adopted children, compared to how paternal he was to Pogo [in Season 2]. It seems he really turned that part of himself off when human Grace exited his life.

Grace and Reginald did not end Season 2 on good terms. How might she factor into a potential Season 3?

The cool thing about a show like this is it can go in any direction with time travel and alternate realities. If Grace continues to be a part of the story, I would love to continue exploring the strength both AI and human Grace found towards the end of their respective seasons.

Would Grace be surprised if she found out Reginald was an alien?

Anyone would be shocked at that discovery, but it would probably make sense in many ways too! He’s definitely different from any other men she would have ever met, and she probably would’ve had a laugh at how it took a literal alien to have the confidence to date a woman who is just as established in her career as he is.

What has been your favorite part of exploring human Grace in Season 2?

She is very grounded in herself and has a real unshakeable strength I admired. Her sense of humor amidst the world turning upside down is something I explored greatly. The way she handles Diego’s strangeness and intensity with so much levity is very charming and was a lot of fun for me to play.

Diego was the closest to Grace. What's unique about their relationship?

There is a vulnerability to Diego that made his need for Grace more pure and meaningful. All of the children needed Grace as a loving presence in their lives, but Diego has spent his whole life trying to prove himself, and with Grace he lets that act down. She has a soft spot for him, and their relationship also sparked something in Grace that brought out her humanity in a way that superseded her programming.

Is there a favorite Umbrella Academy fan theory that you’ve read?

There are some really interesting ones out there about who The Sparrow Academy are and what it means for the members of The Umbrella Academy! The funniest one I saw was that this green speck of light in the final scene of Season 2 was the mother figure Hargreeves created to look out for his new kids, and that this green shape is Grace. It would be fun to play a version of Grace that gets to change shape and color like that!

You've played a variety of roles. How do you approach them differently?

Quite a lot of what I’ve done has been in the sci-fi sphere, which is fun because the possibilities are limitless. Getting to play a murderous witch in Supernatural and an AI 50s Housewife in The Umbrella Academy has been an adventure. For these types of roles I try to think outside of the box to find the nuances of their existence, but also ground them in truth.

Is there anything you're working on that you’re excited about?

I wrapped on a thriller film called Escape The Field. It was the most demanding role both physically and emotionally that I’ve done before and the character felt like me in so many ways which made telling her story feel transformative and extremely vulnerable. I’m excited for everyone to see this one!