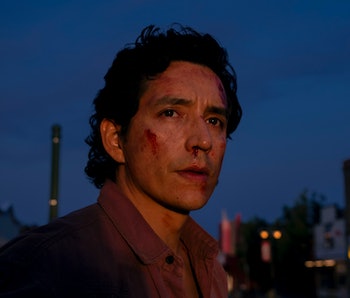 The Last of Us deftly established a terrifying world in its first episode. After a mysterious disease rips through humanity, Joel Miller, his daughter Sarah, and his brother Tommy all had to find a way out of their hometown. Joel and Sarah become separated from Tommy, and after an encounter with a soldier, Sarah is fatally shot. It’s a brutal sequence, but at least the brothers are together.

Apparently, the relationship between Tommy and Joel wasn’t always so fleshed out, but thanks to reshoots we were given more insight into their dynamic. That’s a relationship that can only be deepened in a possible Season 2.

In conversation with Playstation Blog, series co-creators Craig Mazin and Neil Druckmann spoke about the evolution of the expansive 80-minute premiere. “That breakfast scene is one of those scenes that initially when we shot it, Tommy wasn’t there, and we had a budget to reshoot some of the stuff in the pilot, and that’s one of those ideas that we came up with,” Druckmann said. He added that the phone call from Tommy in jail was also part of the reshoots.

It may look like an excuse to give Gabriel Luna and his thick southern drawl more screen time, but there was an important story reason for the added scenes. “You see pretty quickly that Tommy’s more than capable of taking care of himself, in fact, it’s Tommy who saves Joel’s life,” Mazin said. “And that interesting concept of who needs saving and who’s going to do the saving is a theme that we will bring up over and over and over.”

It’s a theme that continually resurfaces in the games as well. Tommy only makes a brief appearance in The Last of Us Part 1, but in Part 2 he’s integral to Ellie’s journey.

The concept of each brother saving the other’s life as needed is already evident in The Last of Us Season 1, but if a possible Season 2 covers Part 2, then this foreshadowing will pay off. Without spoiling the plot, there are several situations where Tommy and Joel rely on each other and work together, but there are also moments where they fail and feel guilty. That guilt will only be deepened thanks to their dynamic going all the way back to the series debut.

The Last of Us benefits from being an adaptation, because it already knows exactly where it’s going. Mazin and Druckmann obviously have a vision for this narrative, and with the help of reshoots they can develop it any way they want.

The Last of Us is now streaming on HBO Max.