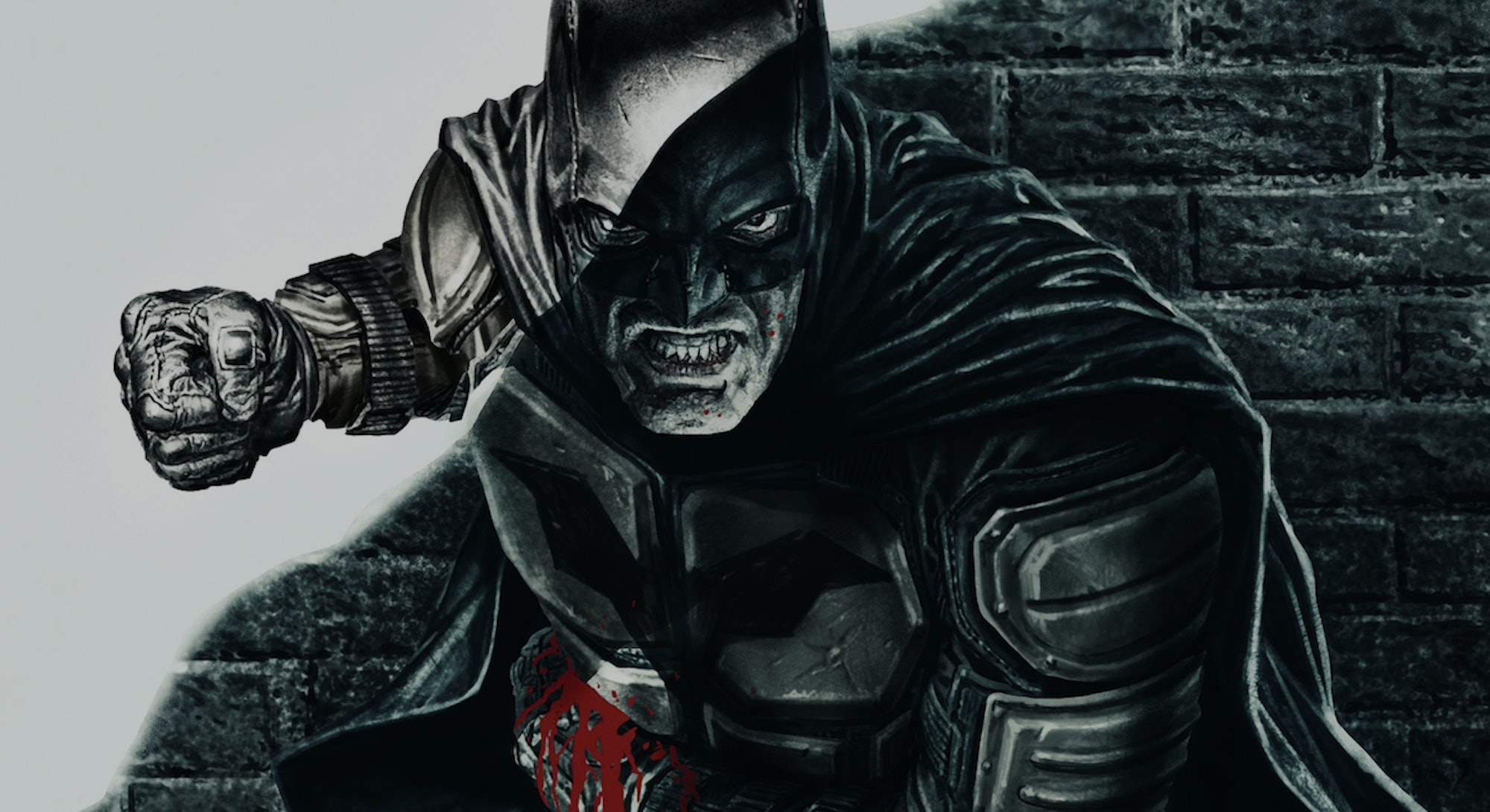 The Batman scribe Mattson Tomlin has a secret to powering through workouts.

He’s embarrassed to share it. Because the writer-director — also behind Batman: The Imposter, a new limited series for DC Comics — clearly has bats on the brain at all times.

“This is a stupid thing to say,” the 31-year-old Tomlin tells Inverse, his face glowing pink over Zoom. “But when I’m running — at the end when it gets tough physically — if I think to myself, ‘I’m Batman,’ I’ll make my goal.”

“Batman represents a level of sheer human will and determination,” he explains, saying that he considered the character a role model while growing up. “There's something about the guy that made me go, ‘Wow, he’s for me and I’m for him.’”

Tomlin’s own origin story is full of adversity, hope, and loss. Born in Romania during the 1989 revolution, he was adopted “out of the ashes” by an American couple who raised him just outside Boston. He never kept in touch with his Romanian birth parents. (He just wrapped his first directorial venture, Mother/Android, a sci-fi thriller inspired by their story.)

Tomlin acknowledges that, as a young immigrant raised far from his war-torn birthplace, he might have felt more affinity with the Man of Steel than the Dark Knight. “I wish I could be the guy who fully relates to Superman — just be a Boy Scout and do the right thing,” he says. “That’s not who I am.”

Who is he, then? “I’m a moody guy, who likes to wear black and sulk around,” he offers. “I wear black at night and cry to myself in the rain.” Tomlin met Batman first through the Emmy-winning television hit Batman: The Animated Series, at the ripe age of 5. “That was my way in,” he says. “It struck the right nerve. I fell in love.”

Tomlin is channeling that passion into two epic projects. The Batman, directed by Matt Reeves, is due in theaters next March; he penned the script in what will be a breakthrough moment for his career. Tomlin is also serving as the lead writer on Batman: The Imposter, a DC comic book series that similarly finds young Bruce Wayne breaking in the cape and cowl.

Both stories share a common vision of Batman, one more fascinated by his psyche than his superheroic exploits.

In Batman: The Imposter, which published the first of its three issues on October 12, Bruce Wayne/Batman is in his second year as a vigilante. The city is still largely unaware of Batman, but he’s already inspired a copycat, who murders criminals and makes sure the world sees his grisly handiwork. If Batman is to clear his own name, he must first find this dark mirror image.

The Imposter was forged out of Tomlin’s time writing on The Batman. “I had spent all this time professionally thinking about Batman, and I had all these ideas and nowhere to put them,” he says. After some calls to DC’s executives where Tomlin “just kind of begged,” Tomlin successfully pitched a comic “in the same tonal umbrella” as The Batman.

In other words, if you’re looking for a sneak peek at The Batman’s noirish tonal sensibility, now you know where to start. “When you work on something with a beloved character, it’s like walking into a beautiful house,” explains Tomlin of working with DC. “I’m a guest. It’s my job to say what I want and not set it on fire. And when you’re writing something that’s going to come out of Batman’s mouth, that’s cool.”

Tomlin’s stories both focus on Batman’s early days, an overlooked period where he can exercise more creative freedom in challenging and subverting elements of the character audiences have taken for granted. One granular example: in The Imposter, Batman’s frequent ziplining means the city must repair the sides of countless buildings his antics have decimated.

“In no way am I saying I’m the first to do this,” prefaces Tomlin, “but I did feel like if I just mined a little bit in the nitty-gritty detail of ‘how does this actually happen,’ it might feel different.”

That close scrutiny extends to the psychological portrait of Batman that Tomlin creates. “He’s flawed, he’s weak, [and] he can make mistakes,” says the writer. “That is great — and ripe to exploit. I think of Michael Mann’s Heat. If Batman was real, it’d be like that: more metal against metal pounding into each other, and less flying through the sky.”

Tomlin also pushes back against the idea — oft-surfaced on social media — that Bruce Wayne would be a better citizen if he donated his massive wealth to charity instead of dressing up in a costume.

“The source of all corruption is money,” Tomlin says. “In a place like Gotham, [as] in a place like the United States, money is not going to be the thing that fixes corruption. It’s the people.”

But Tomlin does agree with the internet on one thing: Batman should go to therapy. Not long ago, Tomlin saw a handful of Twitter posts (like this one) saying that Bruce Wayne should seek counseling rather than work out issues behind a mask.

“I thought, That’s funny,” Tomlin remembers. “What if we play with that?”

The narrative of Batman: The Imposter is framed through sessions with a trained therapist, who’s aware of Bruce Wayne’s secret life. “It’s not something we’ve seen before,” Tomlin says. “Me having the self-awareness of the criticisms of the character, and playing off those, it’s got this observation on itself that makes it feel alive.”

Tomlin spent his childhood idolized Batman. When he saw Batman Begins in theaters, taking in the human-scaled origin story of an iconic figure, he thought something different. “I could be Batman,” he recalls thinking.

“Before he gets into that suit, and when it’s Bruce in the mountains, that’s mythic,” says Tomlin. “I was 15, with my jaw on the floor, thinking, ‘This could happen.’”

That revelation drives Tomlin’s Batman stories, both of which he says feel deeply personal. “I’m at the beginning of my career,” he says. “I’m making mistakes and trying to get it right.” Sounds about knight.

Batman: The Imposter #1 is now available. The Batman will open in theaters on March 4, 2022.