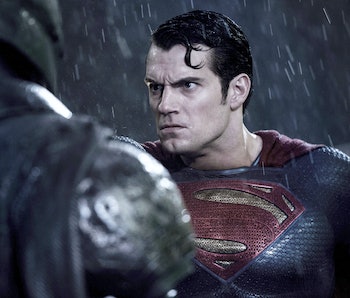 The DC Extended Universe is flying up and away, and so is Henry Cavill.

On Wednesday night, Cavill said on his Instagram account that he is no longer Superman in DC’s cinematic franchise. The bombshell was confirmed by DC Studios co-chair James Gunn, who elaborated on Twitter. In doing so, Gunn highlighted a new Superman film in the works centering on a younger Clark Kent.

Cavill confirmed he had a meeting with DC Studios co-chairs James Gunn and Peter Safran, who assumed their roles on November 1, that delivered “sad news.” “I will, after all, not be returning as Superman,” Cavill said.

“After being told by the studio to announce my return back in October, prior to their hire, this news isn’t the easiest, but that’s life.”

Like Wonder Woman director Patty Jenkins, Cavill acknowledged the “changing of the guard” as the reason why he is Superman no more. “James and Peter have a universe to build. I wish them and all involved with the new universe the best of luck, and the happiest of fortunes.”

Cavill ended his statement by saying that while his time is up, Superman’s is not. “Superman is still around,” he said. “Everything he stands for still exists, and the examples he sets for us are still there! My turn to wear the cape has passed, but what Superman stands for never will.”

Despite reprising the role in the post-credits scene of Black Adam in October, and early talks of a direct sequel to 2013’s Man of Steel, DC Studios has seemingly opted for a new direction that will see a transformation of the DCU.

On Twitter, Gunn gave his own take on why Cavill was relieved of cape duty. “Peter & I have a DC slate ready to go, which we couldn’t be more over-the-moon about,” Gunn said. “We’ll be able to share some exciting information about our first projects at the beginning of the new year.”

Gunn said a new Superman awaits the re-imagined DC franchise, one younger than Cavill portrayed. “In the initial stages, our story will be focusing on an earlier part of Superman's life, so the character will not be played by Henry Cavill.”

In a follow-up tweet, Gunn said the door isn’t totally shut on Cavill. “But we just had a great meeting with Henry and we’re big fans and we talked about a number of exciting possibilities to work together in the future.”

Gunn then answered fan questions that revealed more insight into his grand plans. This “New Superman” project will, in fact, be a movie. He is writing the script, but will not direct. Lastly, it is not an origin story, which might indicate an approach similar to Matt Reeves’ The Batman: A superhero old enough to know better, but still young enough to fall on his face.

No one can deny that DC needed a major shakeup to become a worthier rival to Marvel and other big franchises. But since its beginnings, the so-called “DC Extended Universe” cultivated a very vocal, very dedicated fanbase enamored by director Zack Snyder’s baroque vision. As the remnants of Snyder’s DC fade into memory, the continuing transition under Gunn and Safran may see even more casualties and outrage from fans. Remember: There are four movies still to hit theaters until DC has a fresh start.

But fans know that it’s always darkest just before the dawn. There are still ways for Cavill’s Superman to return, too. While DC is launching a new continuity, the trendy multiverse concept means no universe is lost forever. Cavill could still be Superman from another Earth. And if a recent post by James Gunn himself is anything to go on, Cavill’s advancing age makes him more than ready to star in a potential Kingdom Come adaptation.

You can recast Superman all you want, but you can’t keep him down forever.