One Roy to Rule Them All 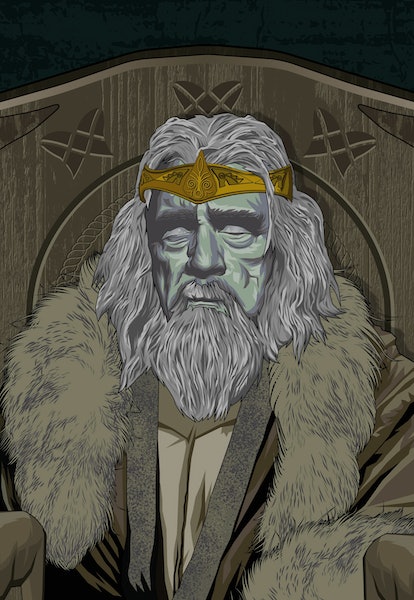 In the world of Succession, there’s no denying Logan reigns supreme.

He’s more than just the patriarch of the Roy family, he’s the leader of Waystar Royco and even controls the greater political conversation in the country. But, from the start of the series, his reign continues near its end — after all, the show is called Succession.

Now midday through Season 3, the series sees Logan is taking a step back, letting Gerri be the interim CEO and face of the company, while still making all the decisions. But in Episode 5, his age gets the better of him at the worst possible time, meaning his children call an audible that has huge implications for the future of the company. Was it the right thing to do? Comparing the plot to classic fantasy storylines reveals a grim answer.

In Episode 5 of Succession Season 3, the doomsday event that loomed over the previous episodes is finally here — the shareholder meeting. After the failed attempt to get a big shareholder on their side last week, now the entire fate of the company lies on the Roys’ ability to make a deal with Sandy Furness.

However, Sandy is stricken with an advanced case of syphilis, meaning he can only communicate through his daughter, who is also confusingly named Sandy. Meanwhile, Logan is dealing with his own medical problems. He’s now in a walking boot, and later in the episode, we find out he’s not taking his prescribed medication for a urinary tract infection.

There are two men, each titans of the media industry and each in compromising medical situations. So, what do they do? They pass the responsibility on to their children. However, they may not have the best ideas in mind.

In the world of fantasy, the aged king is an old trope. Just look at Théoden in Lord of the Rings. Once a wise ruler, he’s reduced to not much more than a figurehead, easily swayed by his evil advisor Wormtongue. By the time he gets to that point, his input as a leader is basically worthless, easily cast off by others as madness.

This is exactly what the Roys suspect is happening with Sandy Furness. Basically incapacitated, they must rely on what his daughter says. When Roman questions her, asking if she’s using her dad to just get what’s on her own personal agenda, he words it as “How do we know you’re not using him as a meat puppet?”

He’s worried she’s the Wormtongue to her dad’s Théoden. She simply answers, “I just do what my dad says.”

For Logan, the issue is the opposite. His children, Roman especially, want to believe he’s still in his right mind. When Logan says not to accept Sandy’s offer, they listen, even though it means the very probable end of Waystar Royco as we know it.

It isn’t until Shiv takes the initiative to go to the younger Sandy and negotiate a deal on her dad’s behalf that the company is saved. For once, not trusting the aged king is actually the right thing to do. When Sandy asks about whether Shiv is acting with Logan’s blessing, she responds in kind: “I just do what my dad says.”

Thankfully, this isn’t the end of Logan’s story. Even by the end of the episode, he’s back in fighting spirits. Just because the king is old doesn’t mean he’s down yet. Even Théoden rose from his wizened state and led an army in two different battles. There could be something similar in Logan’s future as well.

But while the fantasy parallel means Logan’s still in the game, there is bad news as well. Théoden ultimately was mortally wounded in the Battle of Pelennor Fields. Though he got the glory, it led to his inevitable demise.

Logan’s downfall has been teased from the first episode of Succession. Is this episode the beginning of the end? If so, what will be his Battle of Pelennor Fields?