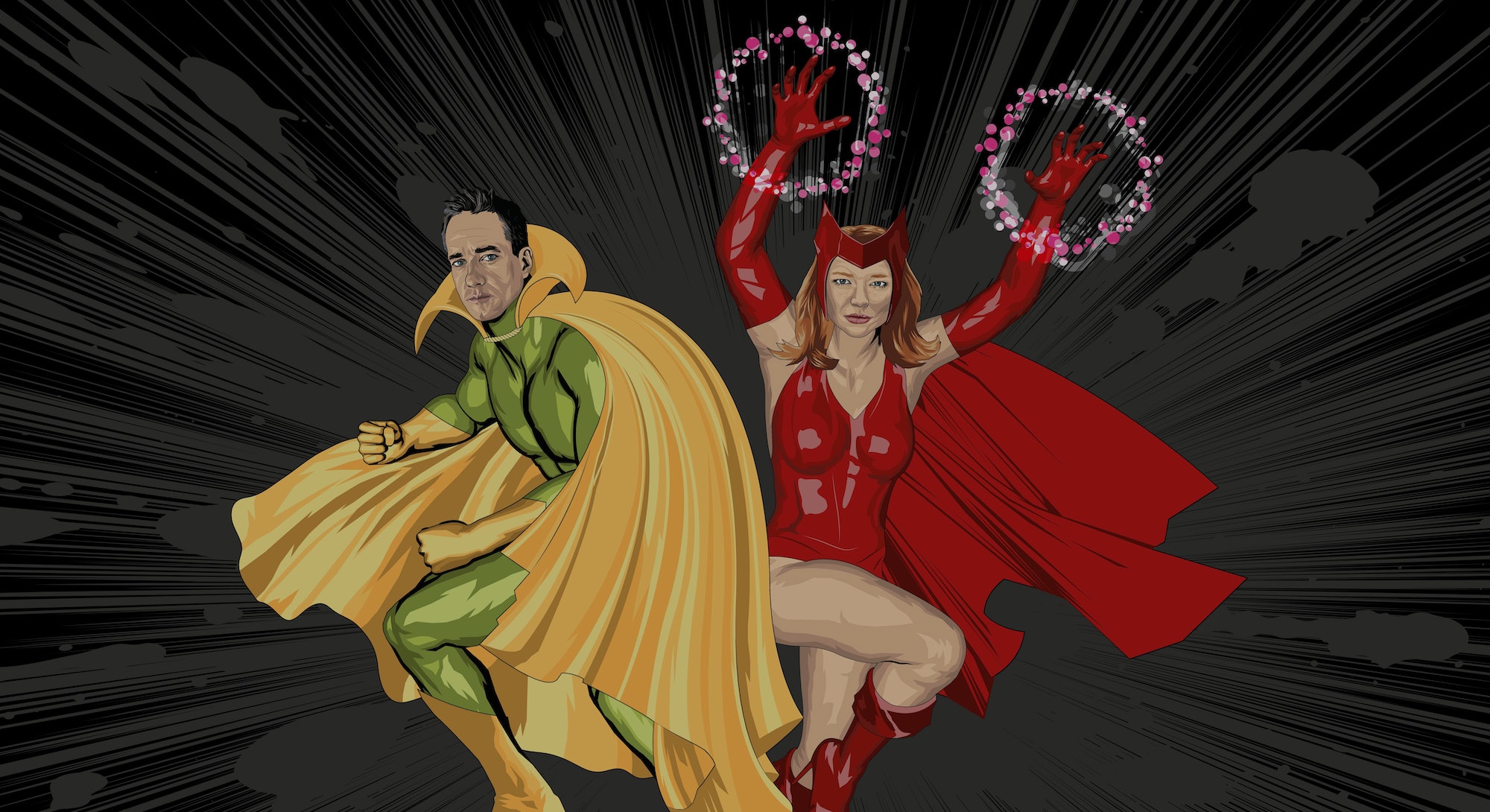 Succession, at its core, isn’t a story about business acumen.

It’s a saga of interpersonal relationships and ever-shifting power balances, one that constantly recalculates the trust and allegiances between its characters. That’s what makes it so compelling.

It’s also what makes the series an unlikely prestige-television mirror to the Marvel Cinematic Universe. More than merely making movies about superheroes, Marvel tells stories about people learning to balance their high-pressure occupations with all the forces of personality one would expect to find in such a fantastical realm.

Given this, one might be tempted to compare the two franchises. Both stage plenty of their action in New York. Each uses snarky characters to offset the tension of high-stakes storylines. Billionaires factor into both — and Succession, like Marvel, is massively popular.

These similarities are even more striking after the Season 3 premiere, “Secession.”

Which Side Are You On?

The Kendall vs. Logan rift, brewing since Kendall’s attempted no-confidence vote takeover in Season 1, has now reached a full boil.

The gulf is literal. While Kendall is driving throughout New York crying, “the Juice is loose,” Logan is in Europe trying to determine his next moves, now that Kendall has told the world Logan knew about the cruise line coverup. His first step involves chartering a private jet to Sarajevo, given its lack of an extradition treaty with the United States.

Logan realizes he needs to step back from the company and install someone as interim CEO. But who could fill his shoes: Shiv, Roman, or Gerri?

Meanwhile, in New York, Kendall is scrambling, not that he’d let anyone know that. Armed with Greg to give him updates about Twitter’s stance on the Waystar-Royco scandal, he races to establish a home base, settling for his ex-wife Rava’s place.

Shiv, Roman, and Gerri are waiting on tenterhooks to learn who Logan will install as interim CEO. Shiv goes to secure high-profile lawyer Lisa Arthur, admitting to her old friend she has doubts about which relative to back. Still, her earnestness isn’t enough to sell Lisa, who already agreed to represent Kendall.

Gerri gets the interim CEO spot, and Shiv calls an audible, changing the destination of her car — possibly to Kendall.

It’s a jam-packed episode, feeling more like a blockbuster movie than an episode of an HBO drama series. In particular, it echoes Captain America: Civil War.

The breach between Logan and Kendall parallels the divide between Tony Stark and Steve Rogers in the MCU’s pivotal team-up movie. While it may seem like business mogul and billionaire Tony Stark is the Logan Roy analog here, the opposite is true.

Stark supported the Sokovia Accords as an essential way of regulating the Avengers, a character transformation that can be compared to Kendall’s evolution into a woke, hip feminist — in that he understands the need to change his ways and leans in hard.

Could Shiv face off against her husband, just like Vision and Wanda faced off in Civil War?

Steve Rogers, who believes his own morals are enough to keep the Avengers in check, is the obvious Logan Roy analog. After all, Steve is senior enough to be Tony’s father, even if this is not evident. He believes in the American Dream and that the chips will fall his way, even if that’s a little optimistic.

Now, just as all the Avengers had to pick a side, the Roys will have to do the same. And you never know whose allegiances will fall where. Though her husband is in the same room as Logan and made a scapegoat in the scandal, Shiv seems willing to entertain Kendall’s side. Could she end up facing off against her husband, just like Vision and Wanda faced off in Civil War? Or will they finally bridge that growing divide between them and join forces?

It’s worth noting that, just as Succession opens Season 3 with a group-dividing dilemma, the MCU opened its Phase 3 with Civil War. Before Season 3, Succession was always Waystar-Royco vs. other companies — or Kendall vs. The Roy Family. All of a sudden, Kendall could be more than just a wayward threat. Now, he could be an equally viable aspirant to the throne.

With the vast ensemble that Succession now boasts, the series has painted itself into the same corner as the MCU: how do you tell an engaging story when the rotating cast of characters has all its previous dynamics? The answer, of course, is to dig into an internal conflict.

That doesn’t mean Succession Season 3 will end with Cousin Greg: Far From Home, but this first parallel to the MCU could be a sign of the future. With the first episode echoing Civil War, Succession fans may need to buckle up for their very own Endgame.