‘Without you, we can’t win this war” 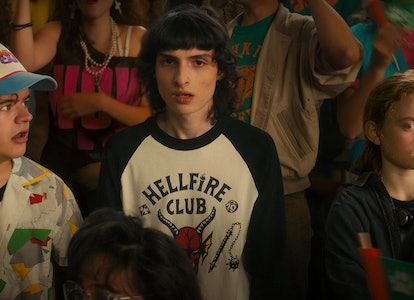 The Cold War has always been an undercurrent of Stranger Things. In Season 3 in particular, the 80s-era tensions between Russia and the United States are reflected in the relationship between the Hawkins gang and the Soviet soldiers we see at the Battle at the Starcourt Mall. But in our first glimpse of Season 4, we get a look at how that threat has grown.

It looks like this time around, the gang isn’t just saving Hawkins — they’re saving the entire world, and bringing the story to multiple locations as they do. Here’s everything you need to know about the new trailer, and what it means as the show gears up for its last season.

When we last left the characters of Stranger Things, they were scattered to the wind. Joyce, Will, and Eleven have moved to California, and Sheriff Hopper is considered dead, but a post-credits scene reveals he’s very much alive and somehow in Russia.

The Season 4 trailer shows just what came of these characters after the events of Season 3. Will and Eleven cope with a new high school environment, Mike, Dustin, Lucas, and Max are all back in Hawkins and up to some nefarious Dungeons & Dragons business, and Hopper tries to escape his captors. Take a look for yourself:

Probably the most interesting part is the ominous scene that takes place at the County Line Café, where Dr. Sam Owens, former acting head of the Hawkins National Laboratory, sits Eleven down for a heart to heart. “Without you, we can’t win this war,” he tells her.

But what war is he referring to? The Cold War, or something far more sinister concerning the demogorgon and the Upside Down? Dr. Owens was involved in covering up previous events, so maybe he’s looking to end the supernatural threat once and for all.

But if one thing is clear from this trailer, it’s that the scope of Stranger Things is now much wider than it ever was before. This is Stranger Things’ Infinity War, where the action — and the cast — has ballooned to massive proportions. Everyone and every place we’ve ever seen will add up to a story that includes levitation, guitar solos, a haunted house, and a new demon.

As we move toward the end of Stranger Things, this two-part season needs to show the kind of threat that’s not just bigger and more shocking than what’s already been revealed, but one that will cement Stranger Things’ place in the canon of sci-fi history. This series is no longer just a love letter to the 1980s. It’s an institution in its own right, and Season 4’s war will only underline this fact.