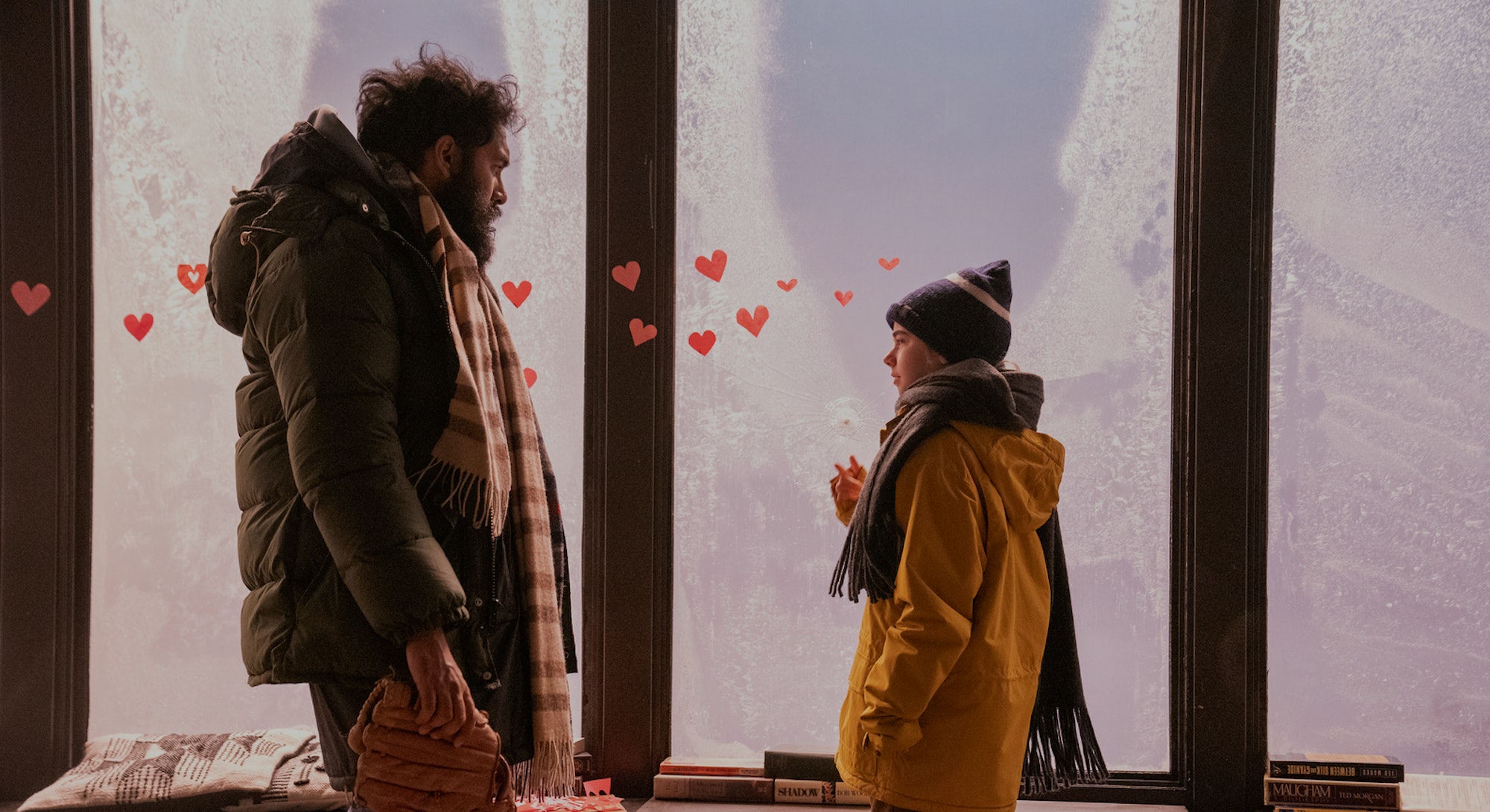 What does the end of the world look like?

The premiere episode of HBO Max’s Station Eleven offers a few different answers to that question, whether it’s the entrance to a city hospital clogged on all sides by people and cars, or a once-great theater covered in moss and overgrown weeds. But few of Station Eleven’s images are as strong or effective as that of a plane full of people crashing into Chicago’s Navy Pier, all while a little girl watches on from the glass windows of a nearby apartment.

Based on Emily St. John Mandel’s 2014 novel of the same name, Station Eleven is full of post-apocalyptic images like that. However, much like the book that inspired it, Station Eleven isn’t about fighting to survive in a bloodthirsty dystopian society, but how simply witnessing the end of the world can change a person. It’s not a series that’s interested in a plane crashing but in the little girl who watches it go down.

And it’s one of the best shows that’s premiered this year.

Station Eleven’s story is a familiar one: When the world is rocked by a devastating pandemic that kills most of the planet’s human population, the few survivors must learn to live in a society that’s only a shadow of what it once was.

Despite that, Station Eleven begins, in all places, in a Chicago theater during a production of King Lear.

When tragedy strikes, the series turns its focus on its cast of disparate characters, many of whom have some kind of connection to the production at the start of the series. What follows is a story told across multiple timelines — some that take place before the world was hit by the pandemic, others that are set 1, 2, and even 20 years after it — that ultimately investigates the ways in which trauma lingers within us and how art, whether it be Hamlet, King Lear, or a comic book, can help us process our pain.

At the center of its story is the Traveling Symphony, a nomadic theater troupe that traverses the show’s post-apocalyptic landscape performing Shakespeare plays in every human settlement its members come across. When the troupe becomes the target of a mysterious cult leader known as The Prophet (Daniel Zovatto), Station Eleven’s characters are finally forced to reckon with everything that’s happened to them since the world ended.

If that makes it sound like Station Eleven is depressing or difficult to get through, you’ll probably be surprised to learn that’s not the case at all.

While the series does contain sequences showing overworked hospital workers, overcrowded emergency rooms, and people coughing underneath surgical masks, Station Eleven uses those moments sparingly and rarely returns to them after its opening episode. Consequently, the series finds the room to be whimsical, joyful, and delightfully weird over the course of its 10 episodes.

Whether it be a character reciting Bill Pullman’s speech from Independence Day or one survivor putting on a clown wig they find in an abandoned home, Station Eleven is filled with moments of humor and levity. Altogether, they help make the series an enjoyable and entertaining ride, even when it attempts — often successfully — to pull at your heartstrings and make you reach for the closest box of tissues.

The limited series was adapted by showrunner Patrick Somerville, a writer whose previous credits include episodes of HBO’s The Leftovers. It’s his work on that show that feels the closest to what he’s done with Station Eleven. Both shows buck traditional narrative structure at nearly every turn, not only jumping between perspectives but often dedicating entire episodes to the backstories and emotional journeys of single characters.

Like The Leftovers did in its second and third seasons, Station Eleven also presents viewers with a playful and uniquely weird take on an undeniably tragic situation. While that kind of tonal balance is a difficult one to strike, Station Eleven succeeds in large part to the pitch-perfect work of its cast.

Mackenzie Davis, in particular, shines as Kirsten Raymond, a ruthless but loving survivor who has spent most of her post-pandemic life with the Traveling Symphony. A former child actor, Kirsten is haunted by both the profound losses she’s experienced in her past and the fear she has of losing anyone else she holds dear. The actor plays her character’s pain and occasionally childlike petulance with an honesty and vulnerability that’s nothing short of astonishing.

Hamish Patel similarly impresses as Jeevan, a normal guy who forms an unexpected and profound parental bond with the younger Kirsten (played by Matilda Lawler) in the early days of the show’s global catastrophe. Lori Petty, meanwhile, gives a standout supporting performance as Sarah, the Traveling Symphony’s conductor, and Danielle Deadwyler makes a lasting impact as Miranda Carroll, the author of a comic book that Davis’ Kirsten covets above all her other possessions.

Right now, the thought of watching another show about a pandemic ravaging the world might not seem like the most exciting of ideas, and no one could be blamed for choosing to wait to watch Station Eleven. But those who do commit to it will find themselves watching a series that’s less about the world ending and more about the ways in which we can choose to come together after it does.

“I remember damage,” Davis’ Kirsten says in one of the show’s early episodes. It’s both a line from Miranda’s comic book and a mantra for her — an acknowledgment and reminder of all the pain and loss she’s experienced. As the series goes on, Kirsten and the rest of the show’s characters embark on their own painful journeys into the past — remembering the damage.

However, when Station Eleven reaches its inevitable conclusion, the show is less concerned with rehashing the devastation of the past as it is highlighting the moments of kindness and empathy that brought its characters together in the first place. It’s a powerful narrative left turn, proving that, while the damage may be impossible to forget, it’s not the only thing we can choose to remember.