Star Wars comic reveals why that Reylo kiss was inevitable

"You come from nothing. You're nothing. But not to me." 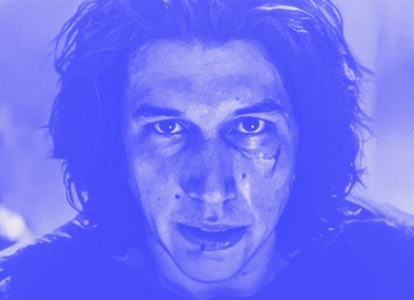 The Rise of Skywalker gave fans the kiss they'd been craving for years when Rey smooched the redeemed Ben Solo just after the climactic final showdown with the revived clone-husk of Emperor Palpatine. We all know how that fleeting, happy moment turned out – with Ben's life ebbing away as he becomes one with the Force. While Reylo fans may not have gotten a happy ending in Episode IX, some tantalizing teases in the latest Rise of Kylo Ren comic hint that Kylo's attraction to Rey had as much to do with his own heart as with Palpatine and Snoke's cunning plans to conquer the galaxy.

Marvel's Rise of Kylo Ren #4 from writer Charles Soule and artist Will Sliney resumes just after the lapsed Jedi has joined the Knights of Ren. As Palpatine and Snoke observe unnoticed from afar, Ben Solo duels against Ren, leader of the mysterious Knights of Ren. During their battle, Ben tells his opponent, "other people think I'm special. I don't."

As Ren strikes, he says, "I'm not special. I'm no one." Solo apparently agrees with this assessment, killing him and assuming control over the shadowy Knights of Ren.

You can check out the relevant panel below, courtesy of the Star Wars speculation subreddit.

As the commenters in the thread noted, the dialogue here brings to mind a particularly memorable scene from The Last Jedi. After Kylo murders Snoke, and he and Rey dispatch the late Supreme Chancellor's elite guards together, he implores the aspiring Jedi to join him. When she tearfully refuses to budge, he goes for her weak point: her parents.

"They were filthy junk traders. Sold you off for drinking money," Kylo insists. "You come from nothing. You're nothing. But not to me."

Rey is very tempted by this offer, and it's plain to see on her face. Still, she refuses. Later, in The Rise of Skywalker, they discuss this moment, and Rey explains she wanted to take "Ben's hand," not Kylo Ren's.

These two scenes share a number of common elements and themes, but the most straightforward path here isn't the correct one. It's not that Ben and Rey were drawn to one another because they both felt like "no one." (For one thing, it's Ren describing himself as "no one" in the comic, not Solo.) Both of these scenes are about Ben Solo / Kylo Ren figuring out who he wants to be, how he wants others to see him, and where power and love fit into all that.

Both scenes involve Ben / Kylo murdering someone in order to assume their power, and a very clear statement of "I am not who you think I am." Most of all, he's sick of being the underwhelming son of two of the galaxy's greatest heroes.

Throughout the sequels, we see Rey struggle with how others see her too. She's not just the goody-two-shoes young apprentice once she starts training with Luke. She wants to go check out that evil cave on Ahch-To and sometimes lets her rage get the best of her, like when she uses Force lightning and stabs Kylo in Rise of Skywalker.

At a superficial first glance, Rey might seem like the kind of person that Han, Leia, and Luke all wanted and expected Ben Solo to be. A natural talent for the Light side of the Force, a natural leader who can get people to follow her with ease. That's definitely not Ben Solo, and eventually, he learns that's not really Rey either. That old Rebel helmet that she wore in the Jakku desert wouldn't suit her anymore by the time the third movie rolls around.

"People keep telling me they know me. No one does," she tells Kylo before their Death Star duel in Rise of Skywalker. "But I do," he replies.

It's about wanting to be accepted for who you are, even with your bad qualities, like murdering your dad and shooting lightning out of your fingers. It's not about lifting rocks.