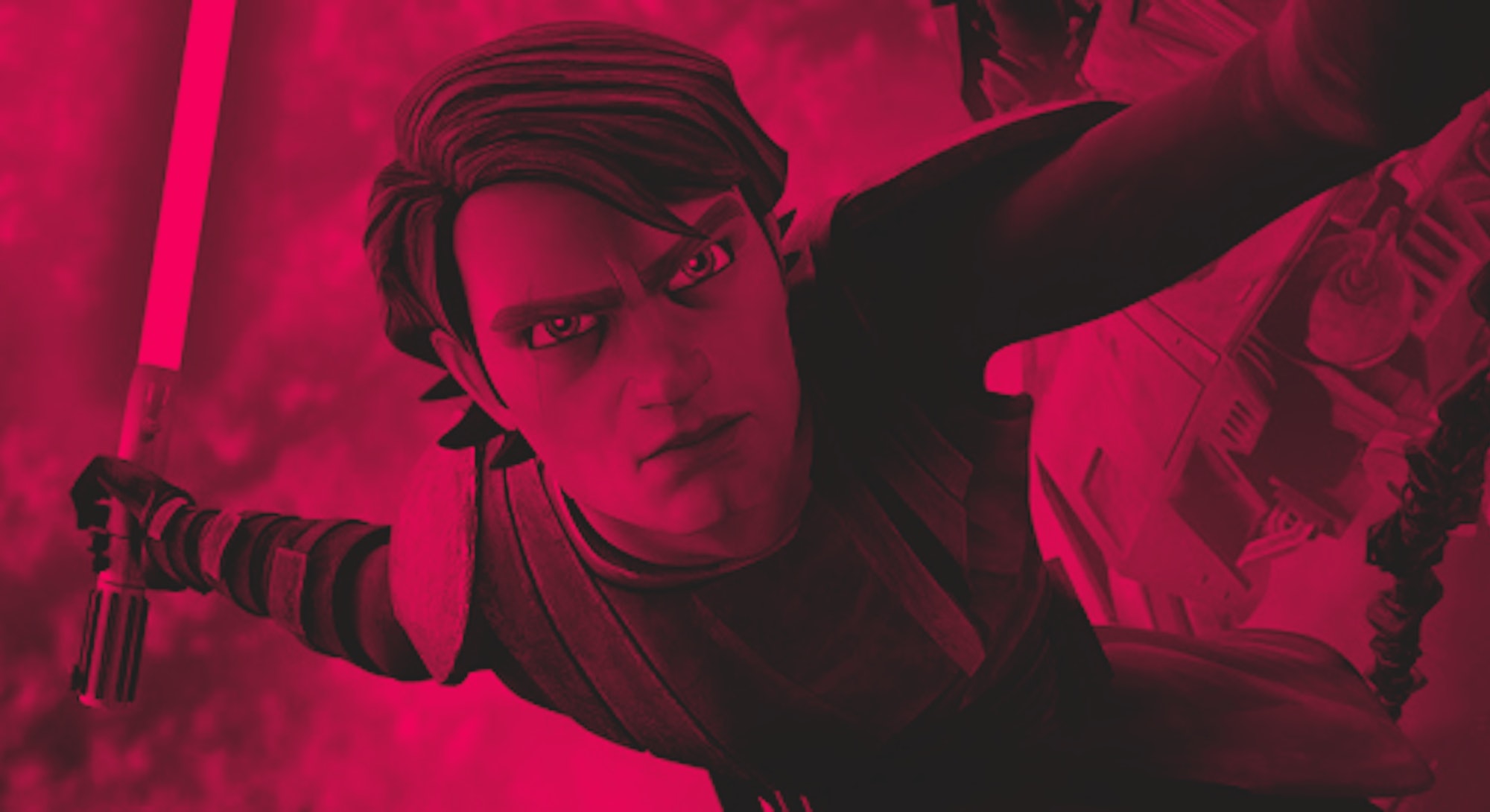 I'm not talking about The Last Jedi. I'm talking about an October 2017 post on Reddit's Fan Theories community titled, "The Clone Wars (2008-2013) is a Republic propaganda and Clone Wars (2003-2005) tells what really happened in Clone Wars." The name kind of says it all, and if you're the type of person who spends their time on subreddits like r/FanTheories and r/StarWarsSpeculation, you can probably fill in the blanks on your own.

But thankfully for everyone else, Reddit user u/onex7805 went into pretty extensive detail in their original post. I won't recap the entire theory, but one key bullet point is that The Clone Wars intro, which sounds like an old-timey newscaster delivering news (and opinions) from the war. Compare it to the Genndy Tartakovsky's Clone Wars, which "ambiguous sounds of battles without any music, enhancing the feeling that we're watching the records of war instead of dramatization."

Notice a pattern? The Clone Wars (the CGI version returning to Disney+ this month for Season 7) breaks from the movies in several key ways to make the Republic look heroic and the Separatists look evil. Clone Wars (the Cartoon Network miniseries from the guy who made Samurai Jack) offers a pretty neutral take on the events of the war.

Back in 2017, this theory took off like a bolt of Force lightning. It has 1.6 thousand upvotes on Reddit and 76 comments, most of which wholeheartedly agree or critique the idea in interesting ways. It's the type of fan theory that only gets more interesting the longer you think about it. With that in mind, I decided to check in with the original poster, redditor u/onex7805, to find out how their own thinking on the theory might have changed ahead of the final season of the Galactic Senate's propaganda machine (The Clone Wars Season 7).

Their answers revealed the surprising way one Star Wars fan's thinking on the franchise has evolved in just a few short years, and some insightful analysis of that galaxy far, far away in general.

So how did you come up with this theory in the first place?

It was something I had as a headcanon for many years as I was watching The Clone Wars. The propagandist opening itself about the Separatist bad the Republic good just pulled me out of the story every time I watched an episode and weird childish humor and over the top mustache-twirling villains throughout the series reinforced that notion.

Did you expect it to get such a big reaction?

Not at all. I am still shocked by how many upvotes it got.

Do you think this theory could be correct? Or is it just a fun idea?

I don't think it's correct, just a fun idea. I think the later seasons contradict my theory as the show delved into darker aspects of the Republic and the war, such as the clone brain chips, the politicians wanting to continue the war through fabrications and hoaxes, etc. However, I do think the intention behind The Clone Wars series, at least initially, was the show that was meant to evoke the overly heroic and jingoistic old school serial TV shows and WWII newsreels, like how The Mandalorian borrows elements from the 1950s cowboy shows.

Personally, I am no longer obsessed with what is canon or not. I see Star Wars media as legends, myths, and stories told through generations and generations with different perspectives in the meta-narrative context, similar to how J.R.R. Tolkien intended his stories to be viewed.

George Lucas intended, "The entire story of Star Wars is actually being recounted to the keeper of the Journal of the Whills a hundred years after the events of Return of the Jedi by none other than R2-D2." It is why every movie has "A long time ago, in a galaxy far, far away..." Star Wars is just Star Wars. Not every little detail has to be lined up.

I actually have not seen the entirety of The Clone Wars. I have only watched the movie, Season 1, and 2. The Clone Wars movie is probably the second-worst Star Wars movie, and I am not impressed by Season 1 and 2. I have heard the series gets significantly improved with every season to the point where pretty much every fan loves it. I will catch up on the series later.

For Genndy's Clone Wars (2003), I love it for the same reason I love Samurai Jack and Mad Max: Fury Road. It's simple, short, fast-paced, action-packed, and pure visual storytelling. Clone Wars is a series of serialized situations that rarely really connect to each other rather than an epic fantasy. It is the Star Wars installment closest to Flash Gordon, even more than The Mandalorian.