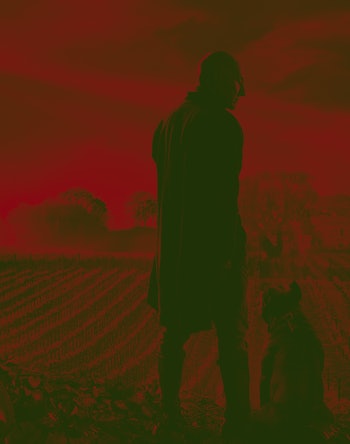 It’s been 18 years since we’ve seen Patrick Stewart in a Starfleet setting, but that’s about to change with the release of Picard on January 23.

The Star Trek universe is a complicated place. Sure, everything takes place in the future, a time period of warp-capable starships, easy-peasy teleportation, and all the jumpsuits you can handle. But where did Jean-Luc Picard and the members of the Enterprise crew leave off at the end of The Next Generation? Did you never get around to watching the TNG movies? How does all the new stuff factor in?

Here’s a little refresher on your 24th-century history, ahead of the show’s premiere on CBS All Access.

What happened at the end of The Next Generation?

In the two-part finale of The Next Generation, Picard repeatedly jumps between three time periods due to a temporal anomaly encountered by the Enterprise. Picard revisits the very first episode of the series, “Encounter at Farpoint,” and jumps roughly a quarter-century into the future to 2395, when he’s retired and living in France at his family vineyard in Bordeaux. (Picard takes place in 2399, so it's pretty close to the same period.)

Picard can’t control when the time skips happen, leaving him (and everyone around him) confused as to what’s going on. The retired Captain suffers from an Alzheimers-like ailment known as Irumodic Syndrome, which causes him to have hallucinations and a spotty memory, which adds a whole other layer of complication to the whole boondoggle.

With the help of Data (now a Cambridge professor) and Geordi, the peevish elder Picard manages to bluster his way onboard a Starfleet vessel, thanks to his now-ex-wife, Beverly Crusher. Accompanied by a clutch of his closest Federation pals, Picard travels to the site of the anomaly.

Eventually, Picard learns that he's responsible for triggering the anomaly, due to his tinkering around in all three time periods. This has triggered a potentially catastrophic situation in which humanity will never exist at all. Picard later learns his longtime nemesis Q is behind it all, putting him through yet another test to justify humanity's existence.

Thanks to Picard’s ingenuity, mankind survives to explore the final frontier another day.

What happened to Picard and the gang in Nemesis?

While you should definitely rewatch “All Good Things” before Picard if you have time, the final Star Trek film to feature the TNG cast is more of a slog to get through.

The 2002 movie starts off with some fun character developments. While Troi and Worf were dating at the end of Next Generation’s TV run, the ship’s counselor marries Riker in Nemesis. Data sings Irving Berlin’s “Blue Skies” to the happy couple, a moment one of the Picard trailers calls back to. In the first trailer for Picard, Jean-Luc encounters Will and Deanna together at what appears to be their home, so it seems their marriage has endured.

You’d never guess it from the title, but Nemesis isn’t all champagne and kisses. Turns out, the Romulan government made a clone of Picard in an attempt to infiltrate Starfleet, but then they scrapped the plan and left the clone to die. This clone, Shinzon, pretends to make nice with the Federation but actually wants to destroy Earth.

The real-deal Romulans team up with the Enterprise crew to stop Shinzon, and Data sacrifices himself by staying aboard Shinzon’s ship in order to destroy it. (So much for that cushy Cambridge job from "All Good Things.") In the final moments, Riker embarks on a diplomatic mission to negotiate peace with their longstanding pointy-eared adversaries.

TL;DR: Data is dead (?), the Enterprise crew wants peace with the Romulans, Troi and Riker are married.

How do the Abrams movies affect the Picard timeline?

Tough break, Abramsverse skeptics. According to the official Star Trek site, the 2009 movie “sets up one of the key plots” in Picard through the destruction of Romulus in 2387. A star goes supernova, destroying the seat of the Romulan Empire and throwing the galactic balance of power into question. In the legendary Leonard Nimoy's final appearance as the character, Spock attempts to stop it but gets slingshotted back in time as a consequence.

The three Abrams movies famously chucked a spanner into Trek chronology as it pertains to The Original Series. Picard exists in the Prime timeline, so those movies didn’t change anything that happened to the TNG cast... that is, until *Picard* catches up to 2387. The new CBS All Access series takes place about 12 years after the Romulus catastrophe, in 2399.

The Romulan Empire likely doesn’t exist anymore, but that doesn't mean their people have been erased. We've seen a few Romulans already in the previews for Picard. The Enterprise captain clashed with Romulans throughout The Next Generation, which means it's possible he might have misgivings about them, just as Kirk mistrusted the Klingons during a time of calamity The Undiscovered Country. In that vein, this continuation of Jean-Luc's story may show him wrestling with those past experiences and old biases, all while helping to bring the two sides into a more peaceful accord.

TL;DR: The Romulan homeworld was destroyed about a decade before Picard takes place.

Where do we find Picard in the new CBS series?

In a recent teaser for the show, we learn Jean Luc didn’t simply retire due to his age or out of a sense of accomplishment. Instead, it seems he left Starfleet under rather acrimonious terms, perhaps even as a form of protest. In a voiceover, from the teaser below, someone asks him, “Tell us… why did you leave Starfleet, Admiral?”

A recent episode of Short Treks, "Children of Mars," serves up some pretty enticing details for what Jean-Luc's been up to in the years preceding the show. The brief, eight-minute story explores the consequences of a catastrophic A.I. uprising at a Federation shipyard on Mars, which seems to have a direct impact on why Picard chooses to leave Starfleet.

It's a blink-and-you'll miss it detail, but the Federation logo seen in "Children of Mars" seems to have fewer stars in it, suggesting that the organization has either become less influential, more insular, or both.

Will Jean-Luc have Irumodic Syndrome in Picard?

“All Good Things” revealed Picard would be afflicted with the Alzheimer’s-like neurological disease in his later years. The malady caused him to suffer from memory loss and hallucinations, which often manifests as a gaggle of medieval peasants jeering and laughing at him. These incidents cause the elder Jean-Luc -- and his former crewmates -- to question whether he's truly moving through time in the series finale or simply showing signs of worsening illness.

When present-day Picard asks Dr. Crusher to run some neurological tests to see if he already has the disease, she tells him he has a "defect" that could render him susceptible but isn't a guarantee.

"It's possible for you to live with this defect for the rest of your life without developing a problem," she says. "Or even if you do, many people continue to live normal lives for a long time after the onset of Irumodic Syndrome."

With all the timeline trickery that happened in both the series finale and the 2009 movie, it's possible Jean-Luc will avoid this fate. Then again, several moments from the trailer seem to suggest he could suffer from Irumodic Syndrome in Picard as well.

Most notably, at one point a chipper young receptionist tells him, "it's good to see you back on your feet, sir." This implies the former admiral has been ill to an extent that the general public – or at least low-level Federation employees – are broadly aware of. There's more to the context of this comment than just resignation or retirement.

Is Data alive in Picard?

While it's not clear whether or not Data will return in the flesh, we know the android is definitely on Picard's mind. Despite being dead, we've already seen Data in the trailers, but these are clearly dream sequences. After all, it wouldn't make sense for Picard's presumed-dead, hyper-logical robotic friend to just show up unannounced in his vineyard painting a picture.

There are two complicating factors here, the first being Picard's potentially dicey mental state, which we've just discussed. The other is the extent to which it's possible for an artificial life form like Data to actually "die." While TNG made it abundantly clear that Data was more "human" than other androids, he's not quite one of a kind, either. Data's evil brother Lore popped up throughout the series, and Data also had a mother named Juliana and a daughter, Lal. All three died during the original run of TNG and didn't appear in any of the films.

However, Nemesis introduced another Soong-type android: B-4, a failed prototype version of Lore, who Shinzon used in his plot to capture Picard. Before Data sacrifices himself, he copies all of his memories to B-4, wondering if this would allow the prototype to evolve beyond his original programming. This doesn't work by the end of the movie, but two decades have passed since then. Perhaps all those Data memories have been marinating long enough that B-4 has actually become Data. Hey, if it means we see more of him, we're game.