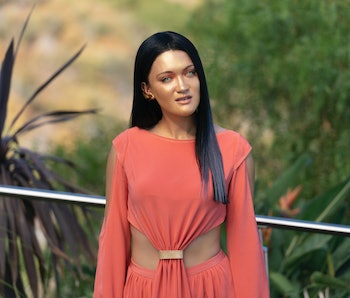 Last week's episode of Star Trek: Picard, "Et in Arcadia Ego Part 1," was a stunning U-turn for a show that started out remarkably languid and cozy in its approach to storytelling. A hell of a lot happened: the space flowers, the Borg cube crash, the reveal of Data's "brother" Alton Soong, and the stunning reveal of a third character played by Isa Briones. There was a familiar old-school TNG vibe to the proceedings, from the costumes to the scenario. But this time around, the stakes feel remarkably high, as Picard and his new crew are caught between the Romulan Tal Shiar and the not-so docile androids led by Sutra.

Wondering when you can tune in to Picard episode 10, "Et in Arcadia Ego, Part 2"? We've got you covered.

What to expect from the Star Trek: Picard Season 1 finale

Last week's episode made much of Jean-Luc's terminal illness, but don't expect the showrunners to pull a RIse of Skywalker on this one. Don't worry, the show's been renewed for a second season, and it's hard to imagine any logical reason they'd write out the biggest star. (This isn't Game of Thrones, you guys.) After all, if Jean-Luc must meet an untimely end – and we kind of suspect he will, for a little while anyway –there's a perfectly good robot golem in Doctor Soong's lab, just itching for a new human brain.

While it's hard to dislike any character played by Brent Spiner, we can expect to see Doctor Soong the Younger show his true colors in the season finale. What will he do to protect his android "children"? Have we really learned all there is to know about his connection to Data?

Here's the official synopsis for the second half of the two-parter finale, "Et in Arcadia Ego," courtesy of CBS:

A final confrontation on the synthetics’ homeworld, Coppelius, pits Picard and his team against the Romulans, as well as the synths who seek to safeguard their existence at all costs.

When are new episodes of Picard uploaded to CBS All Access?

In the United States, CBS All Access releases new episodes of Picard at 3 a.m. Eastern on Thursday mornings. If you're on the West Coast, you're in luck: new content arrives on the platform at midnight local time, so you can catch "Et in Arcadia Ego, Part 1" late Wednesday night.

If you haven't checked out Picard yet, and are on the fence about subscribing to yet another streaming service, you can watch the first episode free on the CBS official site. Beyond that, the service offers a one-week free trial period. If you choose to keep your subscription going longer than a week, you'll pay $5.99 per month for shows with advertisements, and $9.99 monthly for commercial-free access to CBS programming.

If you're watching Star Trek: Picard from outside the U.S., new episodes will be uploaded to Amazon Prime Video each Friday.