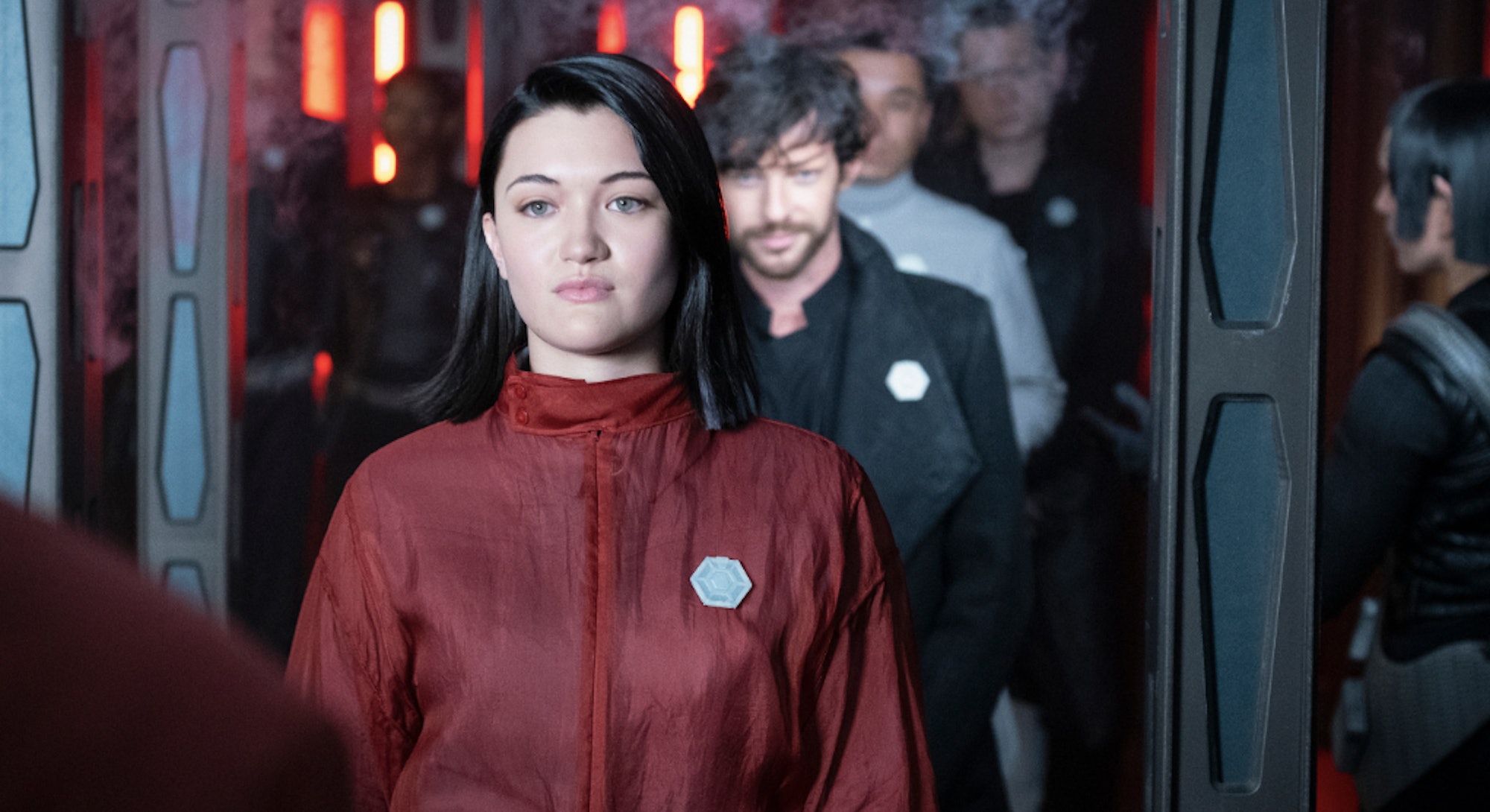 Isa Briones couldn't believe that Data had a daughter before her. While researching old episodes of Star Trek: The Next Generation, she was shocked when she found the synopsis for "The Offspring."

"I was like wait, wait, wait, what? I'm Data's daughter!" And even though she loved watching that episode and "a lot of TNG" in preparation for her android roles in Star Trek: Picard, Briones tells Inverse that she is not the same kind of sci-fi robot played by Brent Spiner — who apparently wasn't very involved in any of Briones's scenes on the show.

"I'm not Data," she says. "I've been waiting to share Soji with the world, and now I finally can."

Spoilers ahead for the first two episodes Star Trek: Picard, "Remembrance" and "Maps and Legends."

For nearly one year and at least two Comic-Cons, Isa Briones has been lying to Star Trek fans. Up until the second half of the first episode of Picard, everyone was led to believe that Briones was only playing a character named Dahj. But, after Dahj was vaporized by Romulan agents, we quickly learned that Briones real role in the series is Dahj's secret android twin sister, Soji.

"All I could talk about was Dahj. We were told what we could and couldn't talk about for a long time. And it was true for every character. But the big one was DON'T MENTION SOJI! So now, I'm glad I can talk about her. Because she is the character that I'm so passionate about."

Briones explains that although we all got attached to Dahj, we really didn't get to see much of what she was like because, throughout the first episode, she was mostly in a "very intense state...and being hunted." On the other hand, Soji is the more complete character.

"It's not every day as a young actress you get to play such a multi-dimensional character. I get my kick-ass action star moment, I get to be a boss lady who is killing it work, and also a young girl who is falling in love. As Soji, I get to do all of those things."

In "Maps and Legends," we do see Soji "killing it" at her job as a researcher on a Borg Cube, as well as the beginnings of her romance with the mysterious Romulan, Narek. "It gets lonely on the Borg Cube!" Briones jokes. "I think that relationship mirrors what a lot of relationships are actually like. A big part of her job is to understand other people. She sees something in Narek that is different, and the fact that he is secretive is why she wants to know more."

Briones obviously didn't reveal where Soji and Narek are headed — she's learned a thing or two from the Romulans about keeping secrets — but she did reveal that she did not get any direct android tips from Brent Spiner specifically. "I wanted to go up to him and be like 'help me,' but we didn't see much of each other until later when we were doing press for the series."

We know Briones has been contractually obligated to protect spoilers before, but there's something about the way she talks about this that feels like she's being honest. Clearly, Briones didn't really need to consult Spiner, because her two characters were nothing like what came before. "My main teacher was going back and watching TNG. That said, [the producers] told me at the start that I didn't need to be like Data. His code is still running through me. I get to sprinkle that in, and it manifests itself in unexpected ways that you'll get to see going forward in the season."

She also has nothing but praise for her other co-stars, including the beloved alumni from The Next Generation.

"Just being with Patrick Stewart was like a master class in how to be the best person, but in terms of learning how to learn about suddenly being a part Star Trek was from Johnathan Del Arco and Marina Sirtis. The main thing both of them said is that this is all for the fans. The fans are the reason we are here."

After all the Trekkie talk, Briones says this secret android business is more than just a plot conceit. Like a lot of Star Trek before it, there's a profound allegorical layer just underneath the robot skin.

"Dahj and now, Soji, lived her life thinking she's a human. Now she's trying to balance two truths," Briones says. "But that is very similar to the struggle for me as a mixed-race person. I feel like I'm Asian. But I also feel I'm white. But then people tell me you're not enough of this or not enough of that. It's a big struggle for young people who are mixed race."

Though Isa Briones is new to the Star Trek world, she clearly already grasps why the franchise means so much to so many people. The stories might be high-concept, but from the original series through Discovery, the ethical core of the best Trek stories always comments on real issues.

"I got to examine my own struggle with racial identity through their own journeys. They are synthetic and feeling human as well. I've been told I'm not really Asian. Or I'm not really white. That is very much what Soji and Dahj both go through."