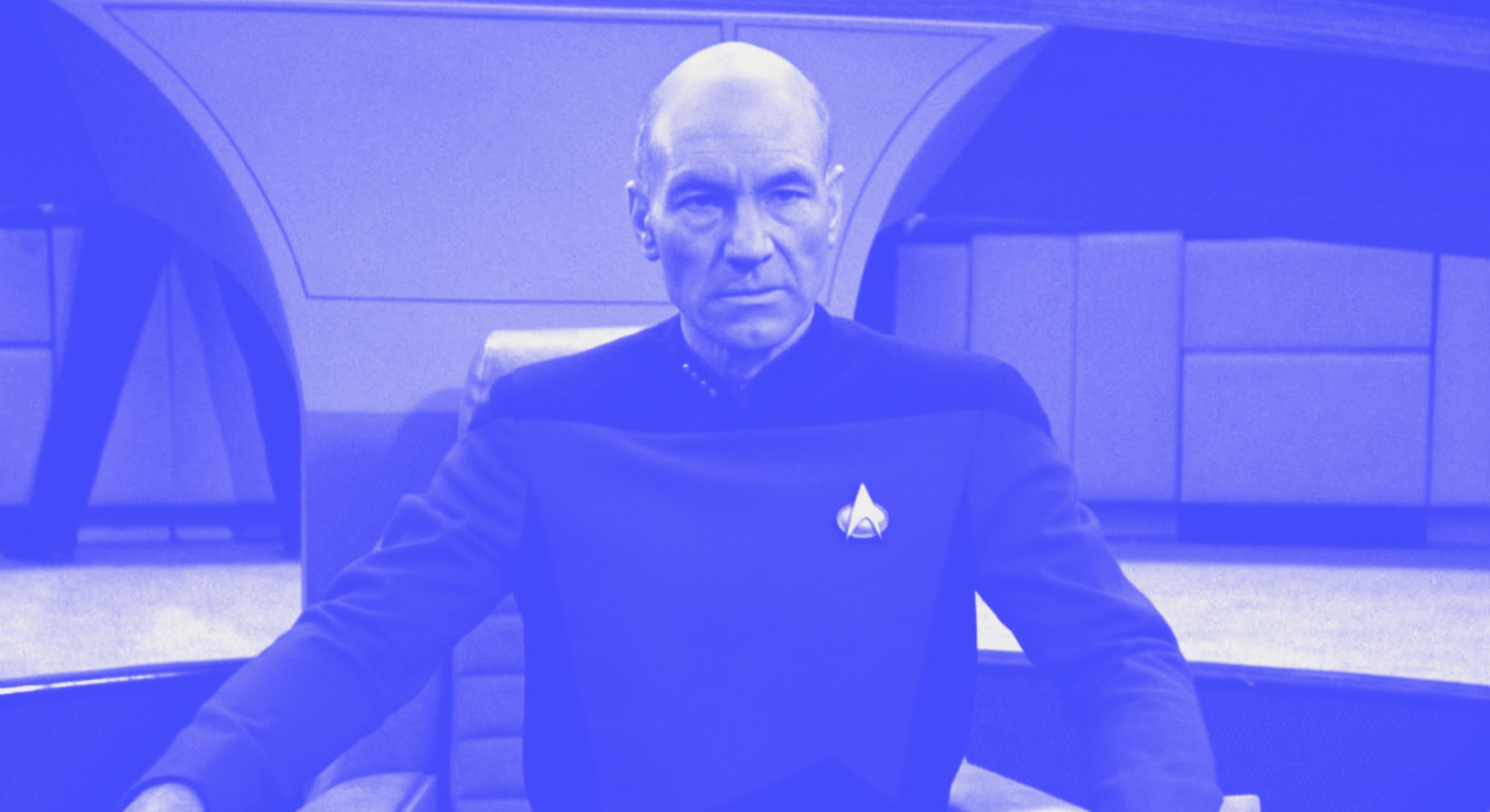 As peace on Earth continues to feel impossibly out of reach, NASA and other international space agencies are hoping for peace in outer space.

With the launch of the Artemis Accords, NASA created a pact that aims to foster global cooperation and non-aggression beyond the boundaries of our planet, specifically as it relates to exploring the Moon. In a statement about the overall goals of the Accords, Mike Gold associate administrator for international relations at NASA, said in May:

"Via the Artemis Accords, we hope that the future will look a lot more like “Star Trek,” and a lot less like “Star Wars” by getting ahead of these issues."

When Inverse reached out to NASA for comment on just how much Trek influenced the Artemis Accords, Mike Gold — NASA Acting Associate Administrator for International and Interagency — wrote back to us personally, just a few days after the historic SpaceX launch.

"Star Trek has always been an inspiration for many of us in the space field," Gold told Inverse. "Although it never flew into space, the first shuttle was named after the Starship Enterprise, and Nichelle Nichols helped recruit NASA’s first African American and female astronauts. It’s also fair to say that the principles described in the Artemis Accords were developed to create the peaceful future filled with awe, wonder, and adventure that is depicted in Star Trek. Star Trek is the dream that the Artemis program and the Artemis Accords can transform into reality.”

But what does that mean? Here are the ways in which the Artemis Accords mirror the future history of Star Trek.

What are the Artemis Accords?

Put simply, the Artemis Accords are a set of principles NASA is establishing ahead of a new push for further exploration of the Moon. The famous moonshot missions of the sixties and seventies were called the Apollo Program, named for the Greek god of prophecy and medicine, among other things. Artemis was his twin sister, goddess of the hunt and protector of young children. In Andy Weir's 2017 science fiction novel Artemis, a major city on the Moon is also named Artemis.

For NASA, there are 10 basic sections of the accords:

At a glance, even casual Trek fans may notice a similarity between these guidelines and the goals of the United Federation of Planets. But how does that breakdown specifically? Here are three ways the Artemis Accords imitate the famous sci-fi series.

2. Preventing war in space — In most iterations of Star Trek, the purpose of the Federation is a little different than its space-faring "military branch," Starfleet.

In the 22nd, 23rd, and 24th centuries, the Federation is dedicated to making sure planets don't get into huge fights with each other. In fact, one specific principle for admission into the Federation is that your planet isn't currently at war with itself. Here's an excerpt the Federation charter, as seen in the Voyager episode, "The Void" (this text is heavily influenced by the United Nations Charter):

"We the lifeforms of the United Federation of Planets determined to save succeeding generations from the scourge of war, and to reaffirm faith in the fundamental rights of sentient beings, in the dignity and worth of all lifeforms, in the equal rights of members of planetary systems large and small, and to establish conditions under which justice and respect for the obligations arising from treaties and other sources of interstellar law can be maintained, and to promote social progress and better standards of living on all worlds, and for these ends, to practice toleration and live together in peace with one another, and to unite our strength to maintain interstellar peace and security, and to ensure, by the acceptance of principles and the institutions of methods, that weapons of destruction shall not be used, save in the common interest, and to employ interstellar resources for the promotion [of peace.]

And here is some similar text in the Artemis Accords:

"International cooperation on Artemis is intended not only to bolster space exploration but to enhance peaceful relationships between nations. Therefore, at the core of the Artemis Accords is the requirement that all activities will be conducted for peaceful purposes, per the tenets of the Outer Space Treaty"

"Providing emergency assistance to those in need is a cornerstone of any responsible civil space program. Therefore, the Artemis Accords reaffirm NASA’s and partner nations’ commitments to the Agreement on the Rescue of Astronauts, the Return of Astronauts and the Return of Objects Launched into Outer Space. Additionally, under the Accords, NASA and partner nations commit to taking all reasonable steps possible to render assistance to astronauts in distress."

"Avoiding harmful interference is an important principle of the Outer Space Treaty which is implemented by the Artemis Accords. Specifically, via the Artemis Accords, NASA and partner nations will provide public information regarding the location and general nature of operations which will inform the scale and scope of ‘Safety Zones’. Notification and coordination between partner nations to respect such safety zones will prevent harmful interference, implementing Article IX of the Outer Space Treaty and reinforcing the principle of due regard."

1. Standardization of spaceship tech — One thing we tend to take for granted in Star Trek is that countless different species on various different planets more or less all have the same kind of tech on their starships. Unless the Enterprise or the Discovery of Voyager or the Defiant encounters aliens outside of Federation boundaries, most spacefaring ships all have warp drives, inertial dampeners, artificial gravity, transporters, tractor beams, etc.

This is a handy plot device across all of Star Trek, but if you think about it in practical terms, it's actually an extension of the idea that spacecraft have to have some kind of universal standards. Otherwise, it's much harder to help each other out in times of space-crises. In Star Trek, Geordi and Scotty are generally able to jumpstart or outright fix broken starships, even when they're not part of "Starfleet."

Interoperability of systems is critical to ensure safe and robust space exploration. Therefore, the Artemis Accords call for partner nations to utilize open international standards, develop new standards when necessary, and strive to support interoperability to the greatest extent practical.

Not everyone is happy — Just like the Federation has its critics within Star Trek (sometimes from its former citizens), there are some concerns about the Artemis Accords. Dmitry Rogozin, the chief of Russia's space agency publicly criticized the Artemis Accords, noting that Russia had been largely excluded from discussions about the guidelines. One academic, Ram Jakhu of McGill University, also noted that: "Safety zones are necessary, but they can also be abused in a way that it may become appropriation."

In the world of Star Trek, the boundaries of the Federation becomes an issue in all iterations of the franchise, most notably in Star Trek VI: The Undiscovered Country and nearly the entirety of Star Trek: Deep Space Nine. In other words, even if the Artemis Accords or the Federation means well, there still may be some problems to iron-out longterm.

How Star Trek could show the way forward — It's still unclear how the Artemis Accords will shake out. As of this writing, NASA intends to go back to the moon by 2024. There will probably be at least three different Star Trek shows on TV at that point, and maybe even a new movie.

In 2017, Star Trek: Discovery name-checked Elon Musk. Will one of the future Trek series — Discovery Season 3, Picard Season 2, or Strange New Worlds — reference the Artemis Accords? Only time will tell.