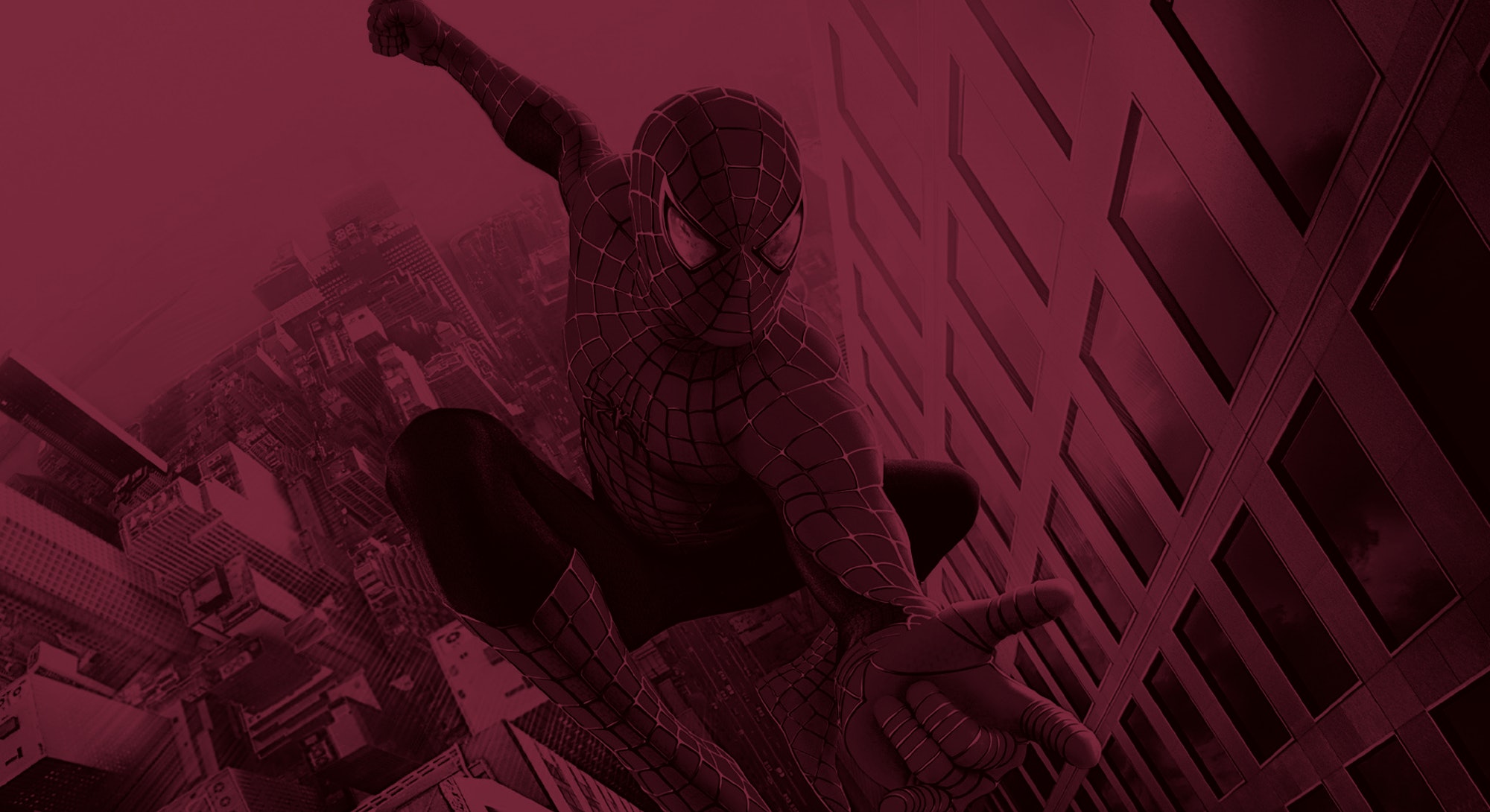 May 2002 was always expected to be a milestone month in the history of movies.

It’s just that most cinephiles predicted Star Wars: Episode II - Attack of the Clones would be the blockbuster to make a seismic pop culture impact when it hit theaters on May 16. However, by the time of its release, Hollywood was still reeling from the reverberations of Spider-Man’s incredible box office opening two weeks earlier.

Over the weekend of May 3, 2002, Spider-Man became the first film ever to reach $100 million in a single weekend. Its final worldwide haul of $821.7 million emphatically secured its place as the highest-grossing superhero film to date. Spider-Man more than doubled the $411 million of its closest competitor, Tim Burton’s Batman.

Since then, 22 other superhero films have overtaken Spider-Man. But Sam Raimi’s take on the beloved web-slinger smashed open the doors that Iron Man, Black Panther, Wonder Woman, the Dark Knight, and the Avengers would later charge through.

“All those that came after it, they tried to make better something that was already essentially perfect,” Spider-Man associate producer Steven P. Saeta tells Inverse.

Inverse recently spoke with Saeta and cinematographer Don Burgess about working with Sam Raimi, finding Peter Parker, and the indelible mark the movie left on the genre.

Twenty years later, many argue that Spider-Man is still the quintessential superhero film, and every subsequent entry to the genre has simply rehashed its “with great power comes great responsibility” motif.

“I continue to believe that it’s the best Spider-Man movie,” Steven P. Saeta says. “I admit to being prejudiced, but that’s what other people have told me. It raised the bar of what audiences can expect..”

“Sam designed it so that the simplicity of Peter Parker contrasted with the world.”

Spider-Man’s journey was far from simple. Initial development began in the 1980s, and over the next two decades, filmmaking luminaries like Roger Corman, Tobe Hooper, and James Cameron each tried their hand at making the adaptation a reality. It took Columbia Pictures’ 1999 acquisition of the rights for Spider-Man to really take shape.

Jurassic Park and Mission: Impossible screenwriter David Koepp was hired to write Spider-Man’s first draft, producing an “awesome” script that Saeta “really wanted to make” but had “no frigging idea how to.” One person who did have the vision was The Evil Dead director Sam Raimi.

For Spider-Man cinematographer Don Burgess, Raimi is the main reason remains so influential.

“Sam was so enthusiastic about the character of Spider-Man and what he represented,” Burgess tells Inverse. The cinematographer initially had no interest in working on the film, but after one meeting, Raimi had convinced him to join. “His enthusiasm for the project was infectious.”

Raimi told Burgess he wanted to make Spider-Man’s world “bright [and] colorful,” as well as “more realistic and grounded.” He achieved this by focusing on the fact that Peter Parker was “this simple kid from the other side of the tracks who by chance ends up developing all these abilities.”

Everything traced back to the conceit of this average teenager coming to terms with the great power suddenly thrust upon him and the sudden responsibility of needing to use it well. “Sam designed it so that the simplicity of Peter Parker contrasted with the world,” says Burgess.

Raimi’s deep understanding of Parker convinced the filmmaker to make Tobey Maguire his star. Raimi reached this decision after watching Maguire in The Cider House Rules, a 1999 drama about an orphan mentored by a doctor.

“Sam had a vision,” Saeta says. “And he really insisted on Tobey Maguire.”

The studio was nervous that Maguire was too wiry and mysterious to be their superhero. This was an era when blockbusters were led by intense, barrel-chested stars like Tom Cruise, Vin Diesel, and Bruce Willis.

Burgess says that Raimi knew Maguire had the “chameleon-like” skills to go from being “slight and small” at the beginning of the movie to “strong and powerful” once he had superpowers.

“Tobey is a wonderful actor,” Burgess continues. “His personality and his size made him a great Peter Parker, and he had this wonderful range. He had the sensitivity and caring to pull off the arc, but he also had to do a lot of training.”

Maguire’s substantial preparation included work with martial arts and climbing experts, as well as daily routines with a physical trainer and yoga instructor. The actor also studied spiders, then collaborated with a wire performer to create movements that mimicked them.

“He did something no director that I've ever worked with had done before.”

Raimi was just as meticulous in his own preparation.

“He did something no director that I've ever worked with had done before,” says Saeta. “He storyboarded and hand-drew every shot of the movie. Then he assembled them into something like an animatic, so before we’d even started photography we could see the entire movie. Then, when we did shoot, he’d put the scene in there so you could see the film coming together piece by piece.”

With a humungous budget of $139 million, Spider-Man was, at the time, one of the most expensive movies ever made. But rather than buckling under the immense pressure of “every dollar and decision being scrutinized,” Saeta says Raimi was a constant delight to work with. Burgess adds that, by this point in his career, Raimi had found his directorial “voice” and was confident in his approach to storytelling.

The massive success of Spider-Man meant more superhero films were always going to follow. Everyone involved expected to make a sequel to the blockbuster, which duly arrived to even more critical acclaim in 2004. And yet, despite grossing the most out of the three films, mixed reviews saw Spider-Man 3 bring the trilogy to an end in 2007.

But by that point, the superhero genre had a grip on Hollywood. A year later, it would become a stranglehold when Iron Man opened up the Marvel Cinematic Universe. This week, Doctor Strange in the Multiverse of Madness becomes the MCU’s 28th installment, and it also marks Raimi’s return to the genre he revitalized.

“We have to break this mold of superhero movies.”

Burgess, who worked as the cinematographer on 2018’s Aquaman and its upcoming sequel Aquaman and The Lost Kingdom, has mixed feelings about the genre.

“They’re the only movies that seem to be able to attract anybody to the theaters,” he says. “We have to break this mold of superhero movies because we're just making the same movie over and over and over again. I hope it all settles down at some point and we get more of a variety.”

Burgess still has faith, however, that a filmmaker can do what Raimi did and give audiences “a whole new take on the same material.” Because 20 years after its release, Hollywood is “still making that same script over and over and over again that we did on the original Spider-Man.”

Whether the Doctor Strange sequel pushes the envelope remains to be seen, but Spider-Man’s lasting influence on the genre is a credit to Raimi and proof that the movie’s legacy is sure to remain a touchstone for another 20 years — and beyond.