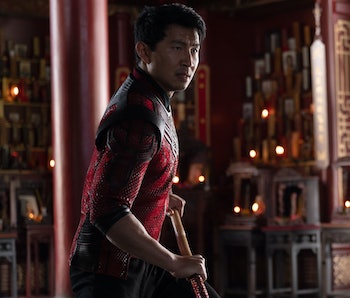 The Avengers star in some of the biggest movies ever made, but the heart of their stories are personal. One Marvel star, Shang-Chi’s Simu Liu, suggests this will still be the case come the next Avengers film, The Kang Dynasty.

In an interview with ComicBook.com, actor Liu told the outlet what happened when he learned that Shang-Chi director Destin Daniel Cretton was signed on to direct The Kang Dynasty.

“I obviously learned about the news a little bit before the rest of the world did, but I freaked out,” Simu Liu told ComicBook.com. “I sent him like forty texts in a row, all exclamation marks. I'm just so incredibly happy for him, he's so deserving of that spot.”

Liu then added what he thinks of Cretton as a storyteller, which he believes will factor into what audiences will see. “What makes him such a special filmmaker, and I've said this from the beginning even when we were premiering our movie, is his ability to make a $150 million movie really, really small, in the best possible way.”

“I'm really looking forward to what he does on that even grander scale of The Avengers because I think it's easy to maybe get lost in the spectacle of what those movies can be, the vastness and the grandness of it, but if you can maintain the humanity and the human stories, I think that's what will make a movie memorable and special, and I think Destin's got it. I think he's got it and I think he deserves this so much. I'm so excited to get to work for him again.”

Liu doesn’t confirm if he’ll actually star in The Kang Dynasty (“I would think so, I would hope so. Don't take my word for it,” he said), but given how the post-credits of Shang-Chi shook out, it seems probable that Shang-Chi will fight alongside Earth’s Mightiest Heroes.

While it’s hard to see past the fireworks of Marvel’s biggest crossover movies, Simu Liu has a point when it comes to the individual stakes of the Avengers films. At their core, they’re about people. The Avengers was about a group of disparate heroes learning how to get along, while Age of Ultron poked at their collective hubris and Civil War explored their conflicting ideologies about accountability.

Before he directed Shang-Chi, Cretton’s films like 2013’s Short Term 12 and 2019’s Just Mercy all featured realistic people in grounded, down-to-Earth problems. Even with Shang-Chi, Cretton found a personal, relatable tale about the generational conflict between a father and son, dragons in the climax aside.

Avengers: The Kang Dynasty is quickly shaping up to be an even bigger movie than Avengers: Endgame. Kang the Conqueror, played by Jonathan Majors, is slated to be the big bad in February’s Ant-Man and the Wasp: Quantumania, and he will presumably find a way to threaten the multiverse, forcing the Avengers to assemble again.

On that note, The Kang Dynasty will have to figure out who, in fact, constitutes the Avengers. There hasn’t been a visibly unified team of Avengers since Endgame, which means a new team will have to debut to carry the franchise forward. Under Cretton’s command, their story might echo what the original Avengers from 2012 was about: A diverse, disparate group of people learning to work together. As Nick Fury put it, it’s an old-fashioned tale.

Avengers: The Kang Dynasty will open in theaters on May 2, 2025.