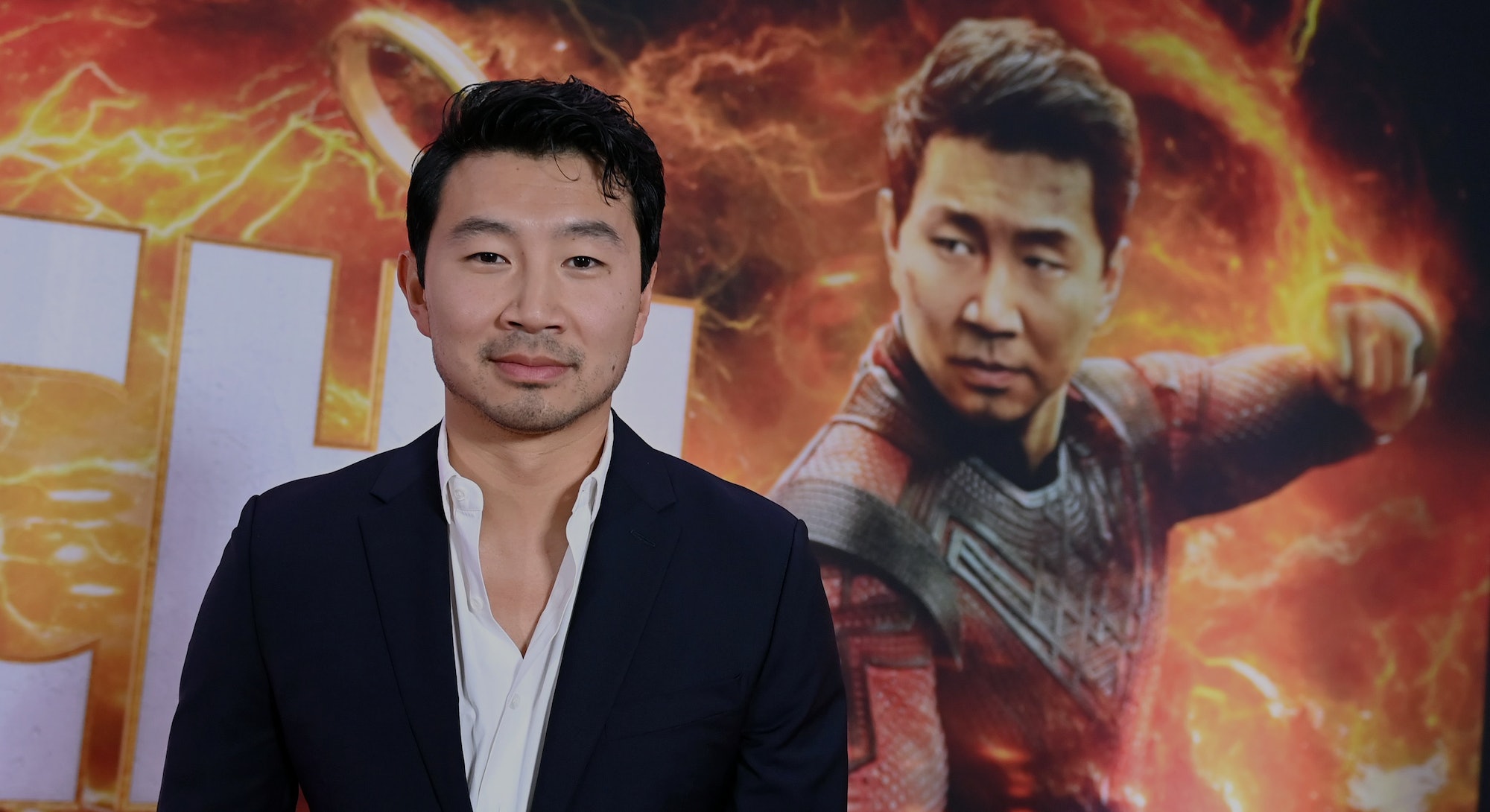 “I used to do Wikipedia searches for Asian superheroes,” Simu Liu tells Inverse. After sifting through names like Sunfire of the X-Men and The Atom of DC Comics, “Shang-Chi was down on the list.” Liu recalls. “I remember looking at the earliest comic depictions of him and being like, ‘Well, that’s offensive.’ I wrote it off right away.”

Even after 2019, when Liu was cast as Shang-Chi for 2021’s Shang-Chi and the Legend of the Ten Rings, he never stopped second-guessing the character. One element Liu took issue with? Shang-Chi’s sneakers.

In Shang-Chi and the Legend of the Ten Rings, Liu’s title hero returns home to face his evil father, Wenwu (played by Tony Leung), who wields the power of the Ten Rings. Throughout the film, including the climactic battle between father and son, Shang-Chi wears a pair of Air Jordan Access in the “bred” (black and red) colorway.

Despite being a true sneakerhead IRL, Liu first rejected the idea of Shang-Chi choosing sneakers over tactical superhero gear. It took time for Liu to come around to the idea and its resonant symbolism for Marvel’s first headlining Asian-American superhero.

“I fought against it initially,” Liu reveals to Inverse, “I remember doing the costume fitting and being like, ‘Is he the first superhero to wear running shoes?’” (Quick fact check: Nope. In 2015, Aaron Taylor-Johnson wore silver Adidas as “Quicksilver” in Avengers: Age of Ultron.) “He should be wearing, like, battle boots or something. I didn’t see it the way they saw it.”

It wasn’t until the cameras started rolling that Liu attuned to wearing kicks for his kicks.

“As we got into production, I was like, Oh, it’s actually really cool,” Liu says. “It makes him relatable.”

How Shang-Chi Got His Air Jordans

To understand why Shang-Chi wears sneakers instead of anything else, the answer lies with Marvel concept designer Andy Park.

Since 2011, Park has been a major force behind the MCU’s visual language, including its costumes. “We always start from the comics,” Park says. “You’re never fully beholden to the source material. We’re not trying to be. We’re trying to be respectful.”

After a decade of bringing heroes like Captain America, Thor, and Black Widow from page to screen, Park felt it uniquely important – and challenging — to visualize Shang-Chi, the first lead Asian-American superhero in the Marvel Cinematic Universe. “Shang-Chi’s an interesting [case], because there’s a lot of great stuff from the past but also problematic stuff,” Park says.

In his original Master of Kung Fu comics, Shang-Chi looks exactly like you’d imagine a kung fu master from the 1970s would look. His red and gold karate gi, red headband, and bare feet wasn’t the most inspired superhero costume.

Over the years, the influence of Bruce Lee found its way into Shang-Chi, who slowly began to resemble the action movie icon. During his time with the Avengers in 2012, Shang-Chi wore a red and black jumpsuit evocative of Bruce Lee’s yellow outfit.

For Legend of the Ten Rings, Park aimed to reinvent Shang-Chi from head to toe. “There was no mandate to keep the Bruce Lee thing,” Park says, “I did explorations that were not even reminiscent of the comics, but ancient Chinese culture to very westernized, very urban looks.”

“We’re at a point where some of us are starting to get seats at the table.”

“We kind of explored it all,” he says.

Ultimately, the final draft of the film’s script, which featured ancient dragons and moments ruminating on mixed Asian and American upbringings, dictated the look of Shang-Chi. The sneakers aren’t just a fashion accessory but proof of an immigrant’s journey to the west.

“Whenever we design a costume, we're trying to tell a story of that character,” Park says. “The dragon [armor] symbolizes Shang-Chi’s mom. The Ten Rings are given to him by his dad. He’s a product of his mom and dad. But he’s also a product of his time in America.”

In an early scene in Shang-Chi, Shang-Chi (Simu Liu) takes off his Air Jordan Access before entering the home of his best friend, Katy (Awkwafina).Marvel Studios
The Air Jordans worn by Shang-Chi in the MCU.Amazon/Nike

How Sneakers Tell the Story of Shang-Chi

“I wanted to give him a piece that’s solely his,” Park says. “That’s why I added the shoes, to have something from the west that is his. That’s the story of him. You see it on his costume.”

“It’s something that you and I could wear.”

As for why Air Jordan Access — a not-so-prized pair one can easily find for a reasonable price online — that’s an answer unknown to Andy Park.

“I didn't specify what sneakers,” Park says, “I did [illustrate] the look of black shoes with a white sole and a red trim. They decided it would be Air Jordans. I was like, ‘Yeah, that’s perfect.’” Perfect enough to return for a Shang-Chi sequel? "I can't say definitively, but I wouldn't be surprised if he has some kind of updated look [in Shang-Chi 2]."

As for Simu Liu, his hesitations towards Shang-Chi’s Jordans echo his own anxieties about being in a monumental movie like Shang-Chi. Liu didn’t think he was putting his best foot forward, and he didn’t know why.

“[This was] just one of many ways I feel, as Asian people, we have internalized systems,” Liu says. “You know, that chip on our shoulder. ‘This has to be that.’”

“We’re at a crossroads in our community,” says Liu, who says his vantage point as the lead of a Marvel movie has given him perspective on the Asian community in 2021.

“We’re at a point where some of us are starting to get seats at the table. We have to decide whether we’re going to be supportive of one another, or devolve into infighting,” Liu says. “Being this front-facing figure and having gone on this press tour, [I see] a lot of optimism, and a lot of frustration. A movie might not exactly reflect your own experience, and that might frustrate you. I think we as a community need to learn to take our wins for what they are as baby steps toward an ultimate goal: To democratize the platforms and give representation to all the lived Asian-American experiences that form our spectrum.”

Adds Liu, “I think the most revolutionary thing we did with our movie was that we portrayed a human being, an Asian-American, who was three-dimensional.”

At the very least, it matters that Shang-Chi’s unique onscreen accessory is so accessible.

Says Andy Park, “It’s something that you and I could wear.”

Shang-Chi and the Ten Rings is streaming now on Disney+ and available on Blu-ray and DVD.