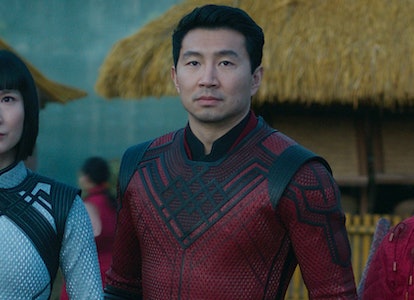 The Master of Kung Fu has finally entered the Marvel Cinematic Universe, and Shang-Chi wasted precious little time before making a significant splash. If you’ve already seen the movie you probably have questions about those mind-blowing post-credits scenes. Lucky for you, we went straight to the source and asked director Destin Daniel Cretton to explain what they mean.

And if you haven’t seen the movie yet, well, what are you doing here?

Warning: Spoilers for Shang-Chi and the Legend of the Ten Rings post-credits scenes ahead.

After the events of Shang-Chi and the Legend of the Ten Rings, now in theaters, the MCU’s Phase Four moves forward with not one, but two crucial credits scenes.

The first scene takes place as a mid-credits teaser, hinting at the origins of the mystical Ten Rings now in the possession of Shang-Chi (Simu Liu). Two big-name Avengers also make a surprise appearance, as does a particularly famous karaoke banger. The other scene, which takes place after the credits, reveals a new ruler of the clandestine organization known as the Ten Rings.

Both sequences tease the future direction of the MCU in Phase Four. Speaking exclusively to Inverse, director Destin Daniel Cretton, screenwriter Dave Callaham, and actress Meng’er Zhang (“Xialing”) weigh in on the making of these scenes and what they mean for Marvel’s next stage.

Midway through the end credits of Shang-Chi and the Legend of the Ten Rings, Shang-Chi and Katy (Awkwafina) meet with Doctor Strange fan-favorite Wong (Benedict Wong), who appears to them via portal.

Back at Wong’s study, the character examines the Ten Rings in front of Shang-Chi and Katy. But two more guests soon join them via hologram, in the film’s most surprising set of cameos: Carol Danvers (Brie Larson), aka Captain Marvel, and Bruce Banner (Mark Ruffalo) aka The Hulk.

That’s right: two Avengers appear in Shang-Chi, combining their respective areas of expertise to explain the origins of the Ten Rings (or at least try to).

Both Carol and Bruce tell Shang-Chi that they’re stumped as to the rings’ origins. Yet it’s clear the Ten Rings are either receiving or transmitting a message from far out in space. (We can’t remember the exact details, and to be honest, the Avengers seem pretty confused too.)

As Wong notes, when Shang-Chi used the Ten Rings in the final battle against his father Wenwu (Tony Leung), the mystic sorcerers felt their powers all the way in Kamar-Taj. Who’s to say where else they were sensed?

After Carol and Banner sign off, Wong warns Shang-Chi and Katy to get some rest. But the two instead drag Wong out for a night of karaoke, ending the film with their rendition of The Eagles’ “Hotel California.”

In a Zoom interview with Inverse, screenwriter Dave Callaham reveals that this mid-credits scene was written very late into production and sprung directly from the mind of director Destin Daniel Cretton.

“That was something Destin hatched,” says Callaham. “I didn’t see it until a couple days before they shot it, at which point I was asked to help.” Generally speaking, the scene exists to acknowledge (if not answer) one of Shang-Chi’s biggest lingering questions: namely, where did the Ten Rings come from?

“There were scenes shot for the movie that suggested one origin.”

Callaham tells Inverse that the filmmakers “played quite a bit” with the origins of the Ten Rings, through a multitude of deleted scenes that would have confirmed a precise origin point for the all-powerful objects. (In the comics, the Ten Rings were alien relics left behind in a spaceship.)

By the end of the film’s production, it was decided that the origins of the Ten Rings would be left ambiguous, mentioned only in passing during the film’s opening voiceover so as to leave more mysteries for the MCU to solve later.

“We intentionally chose that as the final version,” adds Callaham. “We realized, in these two hours, it doesn’t make any difference at all where it comes from. That’s not the story we’re telling. But it sure is an interesting question we’d love to talk about later. Or someone will.”

As for why Wong, Captain Marvel, and a non-Hulked-out Bruce Banner are in Shang-Chi, that’s simple: They’re the experts.

“In terms of Banner and Carol, they make sense in terms of science and outer space,” Callaham says.

The screenwriter admits he doesn’t know the specifics of how Larson and Ruffalo made their way to set but acknowledges that Cretton’s acclaimed 2012 film Short Term 12 also starred Larson.

“You can draw your own conclusions,” he says, “[as to] where that phone call came from.”

By contrast, the post-credits scene of Shang-Chi is rather straightforward. That said, it indicates an interesting new direction for the shadowy organization known as the Ten Rings.

In Shang-Chi, audiences meet Shang-Chi’s sister Xialing (played by newcomer Meng’er Zhang), who starts the film as the boss of an underground, illegal fight club in Macau. Over the course of the film, Xialing is dragged into the story alongside Shang-Chi, Katy, and (yes) Ben Kingsley’s Trevor Slattery, who’d been kept alive since the events of Iron Man 3 for Wenwu and the Ten Rings’ entertainment.

With Wenwu deceased, Xialing assumes control of the Ten Rings and trains a new generation of female assassins alongside the existing male members. Exactly what Xialing has planned for the Ten Rings is unclear. For now, it’s her world; we’re just living in it.

How Xialing will lead the Ten Rings

“To me, that last scene is really reflective of the beginning of Xialing taking control of her life, and stepping into the place that was actually denied her for most of her life,” Cretton tells Inverse. “It’s very empowering to me and I’m excited to imagine what is going to happen to her in the future.”

In interviews with Inverse, screenwriter Callaham reveals that Xialing’s ascension to leader of the Ten Rings was written very early on.

“Until you’re deep into the making of the movie, you usually don’t get serious about what those [scenes] are going to be,” Callaham says. “So much changes. You need to make sure what the actual story is and who is going to make the final cut.”

He adds that the climax of Shang-Chi ended up being very different than the one they intended to shoot at the beginning of production. But Xialing was always meant to make it to the end.

“Versions of that idea of that exact scene existed very early,” Callaham reveals. “You write tons of post-credits scenes. We know a little bit about what’s going on in the MCU, in other movies and now TV shows, but not much. A lot of times you’re playing a game of, ‘Hey, can we do this?’ and you get ‘No, we’re doing that somewhere else.’”

Callaham adds, “I think [Xialing’s post-credits scene] got written before we shot the movie. I guess it’s in the final film because it was thought to be cool, a juicy idea for where the story might go in the future, whether that means Xialing’s [story] or Shang-Chi’s or just the organization’s. But that was always there.”

Meng’er Zhang, who makes her screen debut with Shang-Chi, tells Inverse that she’s in the dark over Xialing’s future in the MCU. “I’m very excited,” Zhang says. “I know nothing about what’s coming next for her. I’m eager to find out too.”

Will Xialing run the Ten Rings like her father before her? Maybe, she says. “I think in many ways she is like her father. She loves power. So I’m really looking forward to seeing what she’s going to do.”

Shang-Chi and the Legend of the Ten Rings is now playing in theaters.