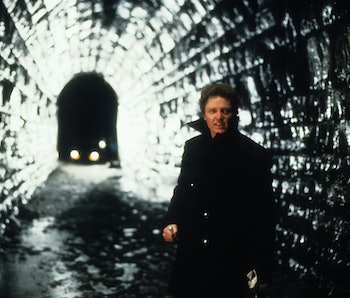 Not many authors have had their novels adapted into movies and TV shows more times than Stephen King. The famous American writer is not only one of the most prolific authors of his time, but he’s also inspired some of the greatest horror and sci-fi films of the past 40 years. Of course, as is always the case with adaptations, some of those movies have received more attention than others.

Films like The Shining, Shawshank Redemption, and 2017’s IT have been welcomed with open arms by both die-hard King readers and casual viewers alike. But there have also been some adaptations of King’s work that are pretty terrible (we’re looking at you, Maximum Overdrive). However, there is a third category of King adaptations, and it belongs to movies and TV shows that are genuinely good but were either overlooked or seem to have been lost to time.

The Dead Zone falls firmly into the latter category, and that’s a shame considering how good it actually is. Fortunately, the 1983 sci-fi thriller is now available to stream on HBO Max, which means it’s never been easier to check it out. Here’s why Inverse recommends that you do that ASAP.

Based on a 1979 Stephen King novel of the same name, The Dead Zone follows Johnny Smith (Christopher Walken). Smith is a schoolteacher who spends several years in a coma only to wake up and discover that he can suddenly learn aspects of a person’s life by making physical contact. Rocked by the scope of his powers, Johnny spends most of the movie trying to live a quiet, secluded life but is frequently pulled into helping others.

Ultimately, the film takes a sudden and suspenseful turn when Johnny realizes that an up-and-coming presidential candidate (played by Martin Sheen) would one day set off a nuclear conflict if he were to be elected. In response, Johnny takes it upon himself to try and stop the politician before he is given too much power. Similar to other Stephen King stories, like Doctor Sleep and Firestarter, The Dead Zone gives its protagonist some unexpected psychic powers and uses them to take him into morally questionable, psychologically dark places.

Taking that into account, there aren’t many directors more well-suited for a film like The Dead Zone than David Cronenberg. While the film’s story lacks many of the body horror elements present in some of Cronenberg’s most acclaimed movies, it requires a filmmaker capable of both probing the darkest parts of the human mind and bringing nightmarish visions to life on the big screen. Anyone familiar with Cronenberg’s work will tell you that he’s a director with ample experience doing both of those things.

But more than anything else, what Cronenberg brings to The Dead Zone is total directorial control. The film is only 103 minutes long, and it earns that runtime, punctuating and progressing its protagonist’s journey with many disturbing images and tense, horrifying encounters. Behind the camera, Cronenberg knows how to make the most out of the film’s biggest moments, whether they involve hunting a murderer through his creepy house or sneaking into a town hall hours before a corrupt politician will make his speech there.

While The Dead Zone’s nail-biting third act does revolve around Walken’s Johnny trying to prevent a nuclear conflict that only he knows about, the film’s scope is relatively small and intimate from beginning to end. To his credit, Walken understands that. He delivers a surprisingly quiet and withdrawn performance for most of the film, saving his loudest moments for the instances in which his character is at his most desperate.

Thanks to Cronenberg’s and Walken’s efforts, The Dead Zone does what all the best Stephen King adaptations do: It tells a fantastical story rooted in recognizable, painful human emotions.

The Dead Zone is available to stream now on HBO Max.