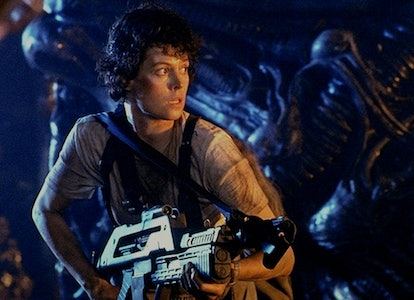 In the 20th century, sci-fi sequels made movie studios scream.

And not in a good way. These days, huge gaps between sequels don’t necessarily mean anything good or bad. But before sequels, prequels and reboots became the norm for Hollywood productions, letting too much time elapse between sequels was a terrible idea, mostly because successful sequels — outside of Star Wars and James Bond, that is — were still pretty rare. The original Planet of the Apes movies certainly didn’t stand on ceremony, managing to cram in five movies in just six years.

Now, imagine seven years passing before a universally loved sci-fi movie earned a sequel that was equally loved — and in some ways, thought of as better than the original. Though rare at the time, that’s exactly what happened with James Cameron’s 1986 Aliens, a sequel to Ridley Scott’s 1979 hit Alien. The odds were against this movie, succeeding which is just one reason it’s so exceptional.

Here’s why you should revisit Aliens right now that it’s streaming on Amazon Prime, and why if you've never seen it — or Alien — you’re going to have a blast. Mild spoilers for Alien ahead. No major spoilers for the ending of Aliens follow.

The uniqueness of Aliens can be partially ascribed to the fact that it’s a sequel with which nearly none of the behind-the-scenes creative forces from the first film were involved.

The reasons for this are complicated, but what it essentially boils down to is this: Using certain outdated accounting techniques, 20th Century Fox actually considered Alien a financial loss, making a sequel unlikely. And in the early ‘80s, horror movie sequels — while plentiful — weren’t exactly blockbusters. Because Alien felt like a horror movie more than the start of a sci-fi franchise, making a sequel was simply an unsafe bet.

So what changed? Two words: James Cameron. The Terminator wasn’t yet in theaters by the time Cameron became attached to direct Aliens in 1984, but his unique take on the script impressed people at 20th Century Fox. Cameron’s concept involved combining the action of The Terminator with the horror of Alien to deliver a brand-new kind of adult sci-fi film. Executives were sold.

To be clear, Alien director Ridley Scott had absolutely nothing to do with Aliens. And the framing device of Cameron’s sequel smartly uses a cryosleep time-jump to reposition Ripley (Sigourney Weaver) 57 years in the future. In some ways, the ending of Alien demands that kind of maneuver. That film began with a crew waking up from suspended animation and ended with Ripley putting herself under after defeating the lone xenomorph that had killed her crew on the Nostromo.

The beginning of Aliens nonchalantly revives Ripley — but not for any heroic purposes. Turns out, the hero’s pod has been picked up by a salvage crew hoping to make a quick buck. Five decades after the first film, Ripley has outlived her daughter and is thrust into a world of corporate lies and deceit. Nobody at “the company” (Weyland-Yutani) wants to actually admit what happened on the Nostromo all those years ago, rendering Ripley’s sacrifices and her bravery moot. As soon as she’s brought into this brave new world, it appears she’ll be made irrelevant.

But the brilliance of Aliens is in how the slow-burn pacing gradually sows the seeds of Ripley’s next adventure. Unlike the brooding horror cues of Alien, at first, you’re not really sure what kind of movie you’re going to get with Aliens. Will it be focused on the trauma of survivor's guilt? Is Ripely just going to smoke cigarettes and chill with her cat while recovering? What’s up with these people on this random space colony? Roughly the first 30 minutes of Aliens come down to character work, setting the stakes for a thrilling and unexpected action movie that’s really never been topped.

If you’ve never seen Aliens, it’s a spoiler to reveal what happens when Ripley teams up with the so-called “Colonial Marines.” And if you’re unaware of the revelations about the different kinds of alien xenomorphs in this film — or who is and isn’t a robot this time around — all of those surprises are better experienced when you watch the film. Let’s just say Bill Paxton’s line “Game over, man!” is classic for a reason.

Early on in developing Aliens, Cameron expressed his interest in the classic sci-fi novel Starship Troopers, requiring all cast members playing Colonial Marines — including Paxton and Jenette Goldstein — to read the 1959 Robert A. Heinlein novel. This fact is strange and serves as a reminder of the only downside of Aliens: The Colonial Marines are slightly over the top compared to the realism of the rest of the film. (Also, Goldstein — who played Vasquez as Latina — is pretty clearly a white woman in brownface. It isn’t really Goldstein’s fault for playing the role as written, but Cameron should have known better.)

And so, Aliens isn’t quite as perfect and pure as its progenitor, Alien. But if you were to skip the first film and somehow start here, you wouldn’t be disappointed. In some ways, watching the films out of order might even be preferable. The world-building of Aliens is more methodical and expansive than Alien. It’s a bigger swing at creating a complex, unflinching science fiction future.

By succeeding at the box office, Aliens pulled off a feat no other sci-fi sequel had managed up to that point, creating a soft reboot that resulted in a massive franchise. It says everything that, in 2016, when Ridley Scott made Alien: Covenant, the most classic shots he paid homage to nearly all came from this film, as opposed to his own. Even the guy who made the original Alien seemed to publicly acknowledge, that, yes, with Aliens, the franchise’s thrilling sci-fi vision came fully into focus.

Aliens is streaming for free on Tubi and on Amazon Prime.