“Do You Have Any Faith, Sister?” 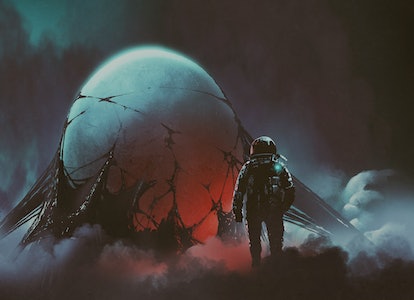 In 1992, everybody could hear sci-fi fans screaming.

In a November issue of Starlog, a cover headline read: “WHY READERS DESPISED ALIEN 3.” Thirteen years after the debut of Alien in 1979, the third installment in the patchwork franchise threw everything fans loved into the fire. From mainstream critics to hardcore genre fans, it’s hard to find anyone who says anything nice about Alien 3.

But is Alien 3 actually terrible? And if it’s not terrible then what is it? Here’s why Alien 3 is the most interesting and misunderstood sci-fi thriller of all time. And why it’s time to finally watch it now that the movie is streaming on Amazon Prime.

Why do people hate Alien 3?

The short answer is because lots of beloved characters die for seemingly no good reason, including young Newt (Carrie Henn) and Hicks (Michael Biehn). To make matters worse, these deaths happen basically off-screen.

On paper, this might scan as a super-brave and telegraphs to the audience that nobody is safe. This is true-ish, but the real reason people hated the movie is that the death of these characters and the subsequent death of Ellen Ripley (Sigourney Weaver) means Alien 3 rendered the entire story of the subsequent movies totally pointless.

In essence, Alien 3 says, “Okay, so they fought the aliens for a while, but then they crashed landed on a prison planet and everybody got killed.”

And yet, there were a lot of great concepts in this movie undulating under the surface... ready to pop out...

Why Alien 3 is a good movie

Directed by David Fincher (his first movie!), Alien 3 feels like the Alien franchise took a left turn (because that’s literally what happens in the film). Not a single character has plot armor, which, in the movie’s defense, gives it a veneer of plausibility that is arguably lacking from any of the other franchise entries.

Alien 3 answers the question none of the other films were comfortable asking: What if this bleak future is actually much worse than we’ve let on? It also posits that human beings can be just as bad as the xenomorphs, which includes a particularly scary performance from future Doctor Who Time Lord Paul McGann. In Alien 3, McGann plays a mass murderer named Golic incarcerated at the penal colony where Ripley and company crash.

(In the longer “Special Edition” which streams on Amazon Prime, McGann’s Golic is more pivotal and frightening than in the theatrical cut. If you’ve only seen him as the Doctor, McGann’s performance in Alien 3 is so utterly unhinged and amazing that you owe it to watch the movie just for that — and then immediately watch the 1987 indie drama Withnail and I starring McGann and Richard E. Grant!)

“Alien 3 simply exists, an orphaned alien child that no one wants to claim.”

But because literally no one is safe Alien 3 and so many of the characters are irredeemable, the mood is tragic. This doesn’t make it a great film, but it does make it one that tries to be something separate from the rest of the franchise.

Each Alien film pits a random group of people against impossible odds. From space miners, marines, pirates, scientists, and even religious pilgrims, these groups of people have always been semi-likable, or at least, innocent. But because everyone in Alien 3 is a violent criminal, there’s something uneasy about watching the film, which feels at least partially intentional. Other than Ripley, at certain points, you’re honestly not sure who you’re rooting for.

Getting into the long and troubled production history of Alien 3 is something you can do on Wikipedia or the Alien fan-wiki, Xenopedia. These talking points are interesting and certainly help explain why the movie is so bleak, but at times, seemingly unsure of itself.

Starting its life as a screenplay written by beloved author William Gibson, the final version of Alien 3 in no way represented what was intended by Gibson or any of the half-dozen human beings who worked on the story and script. Instead, Alien 3 feels like it wasn't made by human beings at all. Fincher has famously disowned the movie, even if you can totally tell this is the same guy who directed Fight Club and Seven.

If you’re looking for a movie that will make you happy and remind you why the Alien franchise is great, Alien 3 might not click. But that’s not why you should watch it. If you’re interested in how big science fiction movies struggled in the early 1990s and what that looks like when major talent is involved, this film is fascinating.

Alien 3 will make you feel uncomfortable, but it’s not laughable. It’s an inspired failure, but because of the various authors of the film, it’s tough to say where the inspiration comes from. Alien 3 simply exists, an orphaned alien child that no one wants to claim. You don’t have to love it, but because of its dynamic cast, skilled direction, and absurdly dark swings, you have to accept that its existence isn’t typical.