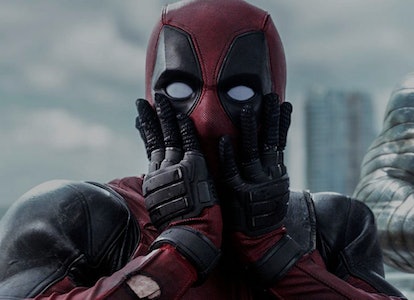 The Super Bowl was full of pop culture surprises. While there wasn’t any glimpse of upcoming works like Black Adam and Obi-Wan Kenobi, we got a new trailer for Doctor Strange in the Multiverse of Madness before the game even started. Alongside this action-packed trailer, there was also a new poster depicting Stephen Strange surrounded by countless shards of glass.

Fans found clues to the plot reflected in these shards, including a possible Captain Carter cameo and even a shard showing something that looks suspiciously like Deadpool’s mask. Will Deadpool appear? Ryan Reynolds says no, but that doesn’t mean much to Marvel fans.

Reynolds told Variety at a screening of his upcoming Netflix movie The Adam Project that he’s not in the Marvel sequel, saying “I’m really not in the movie.” This would normally be enough to quash any and all rumors about an appearance, but not in this case.

Then the movie came out and it was revealed that Garfield was lying through his teeth. So it’s no wonder why Reynolds’ denial isn’t being taken at face value. When it was suggested he might be lying, Reynolds doubled down, saying “I’m promising, I’m not in the movie.”

Is this the state of the Marvel Cinematic Universe now? Are we forced to assume that all actors are contractually obligated to lie to the point where a denial is meaningless? Or is the magic gone from Marvel’s denial trick, allowing actors to be more candid going forward?

If this encounter confirms anything, it’s not whether Ryan Reynolds will be in Multiverse of Madness. Instead, it confirms that all trust between Marvel actors and fans is gone. If Andrew Garfield could lie for months about No Way Home, anyone could deny a cameo right up until we see them on screen.

Re-establishing that trust will be difficult. Hopefully, Ryan Reynolds (and the countless other actors who will be asked about this movie) will continue the previous precedent of being coy but not duplicitous.

By that playbook, I think we can take him for his word. Sorry, Deadpool fans.

Doctor Strange in the Multiverse of Madness premieres May 6, 2022 in theaters.