“The greatest fighter pilot movie of all time” 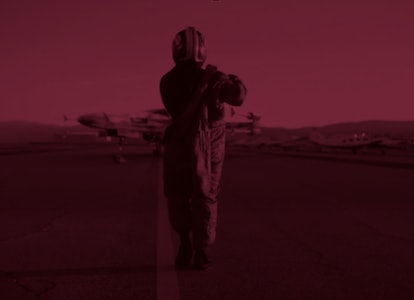 There might be a curse on Star Wars movies. After dramatic power shifts behind the scenes made for disjointed final additions to the Skywalker Saga, the franchise refocusing from movies to TV seemed inevitable. That move was only emphasized when Rogue Squadron, the pet project of Wonder Woman director Patty Jenkins, was put on hold due to scheduling conflicts.

But could the doom and gloom have been premature? A new Disney document suggests just that.

Rogue Squadron was initially slated for release on December 23, 2023, a date that presumably became meaningless once the delay was announced. But a newly updated Disney release schedule dated February 25, 2022 shows all sorts of movies, from weird meta-backstory Lightyear to Black Panther 2 to a new Indiana Jones movie. But right after “Untitled Marvel” and “Untitled Disney Animation” lies Rogue Squadron, still on track for a December 2023 release.

What could this mean for Star Wars? The initial delay announcement only said that production of Rogue Squadron was on hold. Could a production that starts later still allow Lucasfilm to meet its initial deadline? It sounds hard to believe because Rogue Squadron, by nature of its dogfighting-centric storyline, will likely need even more post-production and VFX than your standard Star Wars project.

The other possibility is that the Rogue Squadron delay was announced out of an abundance of caution and ultimately wasn’t necessary. It’s certainly an interesting marketing strategy for a film that’s more than a year away, but there’s something to be said for keeping expectations low.

The more pessimistic interpretation of the reveal is that this release schedule, without another release date to go on, simply slated the movie for its initial date. If this is true, it means the December 2023 date is merely a placeholder for an unknown future date.

Hopefully the fervor around Rogue Squadron is all for naught, and Patty Jenkins’ love letter to her fighter pilot dad will hit theaters in time for Christmas next year. But between a tumultuous cinematic atmosphere and a history of less-than-perfect productions for recent Star Wars movies, could this video game adaptation be doomed to pre-production hell? This is certainly a good sign, but there’s still a long way to go.