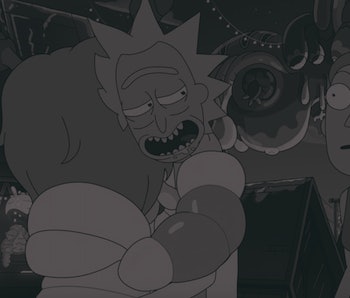 In the age of cord-cutting and streaming services, actually watching Rick and Morty Season 5 is a bit challenging. Not everyone has their own Interdimensional Cable box, right?

Adult Swim’s parent company WarnerMedia might own HBO, but that doesn’t mean the new season will appear on HBO Max right away. And while previous seasons have joined Hulu in the past, it doesn’t happen the next day like it does for shows on other TV networks.

So if you’re wondering when you might be able to watch Rick and Morty Season 5 episodes like “Rickdependence Spray” and “A Rickconvenient Mort” on Hulu or HBO Max, we’ve got you covered.

When is the Rick and Morty Season 5 Hulu release date?

An October 2019 report from The Hollywood Reporter confirmed that Disney-owned “Hulu has extended its agreement with WarnerMedia and will continue to stream Rick and Morty through its previously announced massive 70-episode renewal.” That will include all of Season 5, but the entire season will likely be added at a later date.

Interestingly enough, Hulu also has the download rights, so anyone who pays for an ad-free version of the streaming platform will be able to download episodes to your devices for offline streaming.

The THR article notes that entire seasons should be added to Hulu about five months after the season finishes airing. Assuming there are no breaks this season, Episode 10 — “Rickmurai Jack” — should air on Sunday, August 22 at 11 p.m. Eastern. Five months later would be sometime in January 2022.

When it came to Season 4, the finale aired on May 31, 2020 and was brought to Hulu on November 1 of that year. More realistically, we’re looking at February 1, 2022 as a launch date on streaming platforms for Season 5.

When is the Rick and Morty Season 5 HBO Max release date?

This one’s easy: Based on previous information and the deals that have been made between WarnerMedia and Disney, we know that Rick and Morty Season 5 will land on Hulu and HBO Max on the very same day. Based on our estimation, that’ll be February 1, 2022.

Where can you watch Rick and Morty Season 5 sooner?

The easiest way to watch Rick and Morty Season 5 is to tune into whatever channel Cartoon Network and Adult Swim appear on from your cable provider. If the best you have, however, is the cable log-in information from a parent or other older person in your life, you have a few options.

Android, iOS, Roku, Fire TV, and Apple TV all have access to an Adult Swim app where you can watch a livestream when new episodes air. You can also use the apps to watch new episodes on-demand. Similarly, you can go right to Adult Swim’s official website and log in using your cable provider credentials to watch on-demand.

A more expensive but convenient option is to pre-purchase an entire season through platforms like iTunes or Amazon Prime Video for $24.99, which would allow you to watch episodes the very next day. But if you don’t want to, you could always wait until early 2022 to watch Rick and Morty Season 5 on Hulu and HBO Max.