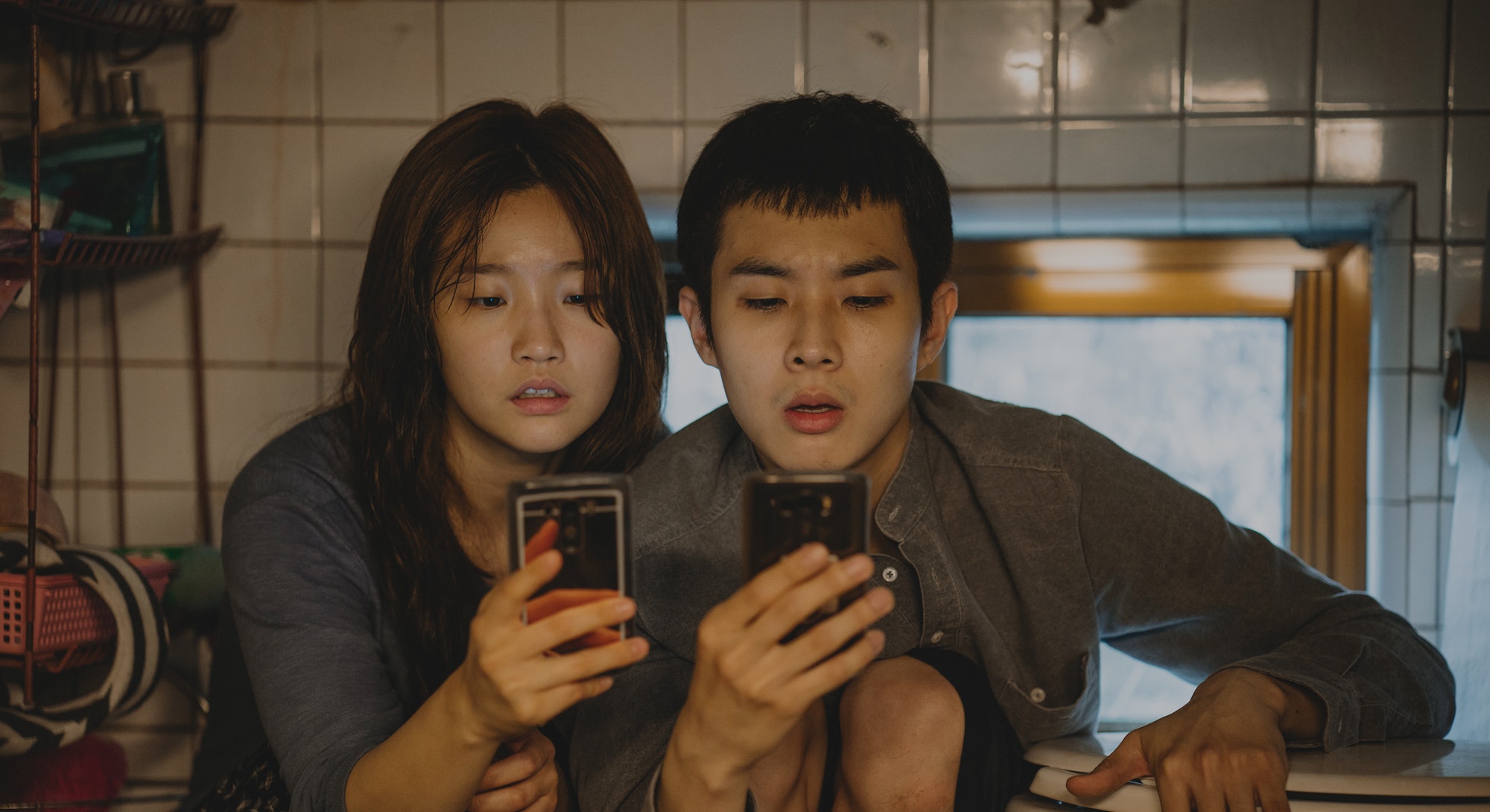 The award was given to Parasite, but all of Korea felt accomplished.

The mountainous rise of Korean cinema reached its highest peak on Sunday when the American-centric Oscars crowned Korean director Bong Joon-ho and his acclaimed drama Parasite as the year's Best Picture (not best international, just best).

It was a historic moment, not just for foreign language cinema, but for the wide breadth of the Korean film industry that has seen pictures regularly transcend language and cultural barriers, from cult classics like Old Boy to sci-fi blockbusters like Snowpiercer. The list goes on, but we've whittled it down to an essential eleven.

For the unfamiliar, it may be hard to understand how this happened, and why Korean cinema is now the darling of the worldwide film community. While Japan boasts legends like Akira Kurosawa and Hayao Miyazaki, and Hong Kong has Wong Kar-Wai, Ann Hui, and John Woo, the most renowned artists of South Korea didn't emerge until the 2000s. Out of the 1997 financial collapse and a boost from screen quota laws, the East Asian nation of 51 million found their voices in directors like Park Chan-wook, Bong Joon-ho, Kwak Jae-yong, and more, who helped kick off the Korean New Wave that's now lasted nearly two decades.

The can't-miss films below illustrate a region's cinema that carved its identity through blending overly familiar genres into pointed social commentaries. Spy movies, monster movies, zombies, vampires, and rom-coms are remixed with uniquely Korean flavor that all point to a nation, and a people, who fell hard in the global economy only to resurge amidst grand, sweeping technological shifts. By the second decade, Korean filmmakers began to reckon with the unfair income inequality that continues to plague the nation.

Below is a brief history of the Korean New Wave, as illustrated by 11 must-watch movies that all led to the crowning of Parasite. If you're less "#BongHive" and more "Bong Joon-who?" let this be your starting point.

It is commonly understood that the Korean New Wave kicked off in 1999 with South Korea's first Hollywood-style blockbuster, Shiri. A spy film directed by Kang Je-gyu, Shiri had the highest budget of a South Korean film at the time ($8.5 million) and still broke box office records upon its release. It was the reason James Cameron's Titanic sunk in South Korea, the only Asian nation the movie bombed.

But while Shiri was the first punch, Park Chan-wook's Joint Security Area (2000) was the haymaker. A mystery thriller that helped cement the careers of actors Lee Byung-hun, Song Kang-ho, and Lee Young-ae, the film explores the circumstances of a murder at the Demilitarized Zone (DMZ), the border separating North and South Korea. In its microscopic view of the war-torn region, the film looks far and wide to the irreconcilable differences between two nations still at war today.

The fourth release from Park Chan-wook, Joint Security Area was a smash hit at home, becoming the highest-grossing movie in Korean film history in 2001. It developed an international cult following thanks in part to American directors like Quentin Tarantino giving it public praise.

Fun fact: When the film was released on DVD, South Korean President Roh Moo-Hyun gifted the movie to North Korea's Kim Jong-il at the 2007 Inter-Korean summit.

Before Tom met Summer in (500) Days of Summer, director Kwak Jae-yong adapted a popular online blog written by a lovestruck boy obsessed over the perfect, if not quirky, girl.

My Sassy Girl, starring Jun Ji-hyun and Chae Tae-hyun, was a major hit that spawned one of the most popular Korean franchises of all time, earning acclaim across all of Asia. The inevitable American remake was produced in 2008 with Elisha Cuthbert, while other adaptations and remakes have popped up in Japan, India, China, and Nepali. In 2014, The Korean Wave author Jennifer Jung-Kim wrote of My Sassy Girl that it's a film that "deserves to be called a global success" based on its numerous localized adaptations.

When misfit teenager Kim Kyung-soo (Jang Hyuk) is transferred to a secret martial arts school, he literally fights to survive in a mashup of teen dramas and kinetic action movies that all pay homage to Korea's homegrown manhwa (comics).

You won't find much praise for Volcano High outside the most niche action movie blogs. If it wasn't for an MTV-produced dub starring hip-hop musicians like André 3000, Lil Jon, Snoop Dogg, and Method Man, Kim Tae-kyun's martial arts teen comedy would be forgotten to time.

But it was precisely because of MTV and the movie's wide distribution in the US on DVD that Volcano High become a cult hit among American teens — and the first real dose of Korean action for a mass, impressionable audience. (I knew about the movie because it was always so cheap at Walmart.)

Peep the YouTube comments and you'll find people reminiscing about discovering it on MTV and DVD in their youths. While not the highest of brows, the availability of Volcano High may have been the untold Westerners' first dose of Korean cinema.

Easily one of the most renowned movies of the Korean New Wave, this neo-noir thriller from Park Chan-wook adapts the Japanese comic of the same name. The film tells the story of a man mysteriously imprisoned for 15 years. When he's finally released, he's given only five days to figure out the reason for his torture.

Choi Min-Sik, Yoo Ji-tae, and Kang Hye-jung star in a gritty revenge tale whose reach and influence went far beyond its homeland. The film played a direct influence on American movies and shows like John Wick and Marvel's Daredevil.

Like Park's Joint Security Area, Old Boy's praise from Western voices like Quentin Tarantino and Roger Ebert — who in his review called the film "powerful ... not because of what it depicts, but because of the depths of the human heart which it strips bare" — helped cement the movie as a must-see and the real barn burner for the Korean New Wave around the world.

By the time Bong Joon-ho got to making his political monster thriller, The Host, he was already a veteran with film credits like Barking Dogs Never Bite (2000) and Memories of a Murder (2003). But it was The Host that put Bong on the global map. Merging together the styles of Japanese monster films with Korean social commentary, Bong tells the story of a Korean family that tries to stay together when a mutant monster emerges from the Han River.

Eschewing the spectacle of blowing things up in favor of family drama, The Host won acclaim and proved the Korean New Wave's tendency to mesh and reinvent genres like science fiction and horror into something more profound. The film is also proudly Korean, with scathing depictions of American imperialism. (The film was in part inspired by an international incident in 2000, when the United States military dumped formaldehyde into the drinking water of Seoul.)

Amid the height of the West's obsession for vampires, thanks to the Twilight phenomenon, Park Chan-wook directed Thirst. A loose adaptation of the 1868 French novel Thérèse Raquin by Émile Zola, the movie stars Song Kang-ho as a Catholic priest who volunteers for a medical experiment that turns him into a vampire. The priest must then resist his bloodlust as he falls in love with an old childhood friend.

The film won the Jury Prize at the Cannes Film Festival in 2009 and debuted at number one at the South Korean box office upon its release. While not the capital-B biggest movie in the Korean New Wave, the film's buzz — supported by Park who was still floating internationally thanks to the popularity of Oldboy — kept Korean film popularity going into the 2010s.

A movie seemingly made for the Reddit crowd, Kim Jee-woon's gruesomely morbid thriller, I Saw the Devil, took the Korean New Wave into its darkest territory yet. Flipping the manhunt movie on its head, the movie stars Lee Byung-hun (by now known to Americans for his role as Storm Shadow in 2009's G.I. Joe: The Rise of Cobra) as a heroic NIS agent who pursues a serial killer (Choi Min-sik) for the murder of his fiancé.

What the movie does differently than other hunt movies, to unnerving effect, is a downward spiral journey revealing what, or who, is a real monster. Praised by Rolling Stone for "relentless nastiness" that's "hard to watch and even harder to turn off" and by Taste of Cinema as "a modern masterpiece of South Korean cinema," the film endures thanks to discussions on places like Reddit.

Bong Joon-ho went international with Snowpiercer, a Korean-Czech financed movie with a majority English-speaking script and cast all based on a French comic book. Fresh from The Avengers, Chris Evans fights for freedom as the leader of a revolution aboard a high-speed train that circles a frosted Earth — an apocalypse from an overcorrection of reversing climate change. Song Kang-ho, Tilda Swinton, Jamie Bell, Octavia Spencer, John Hurt, Go Ah-sung, Alison Pill, and Ed Harris also star.

A critical favorite when it was released in 2013, the film not only proved the international appeal of Korean cinema, but it also became a bonafide franchise. An American TV series will premiere on TNT in 2020.

Like The Host before it, Yeon Sang-ho's Train to Busan takes another horror genre (this time zombies) and again explores the meaningful bond of a family and class warfare when a zombie outbreak occurs on a train to the second-most populous city in South Korea.

Amidst the decorations for the film, the biggest praise came from English director Edgar Wright, of the 2004 comedy Shaun of the Dead, who tweeted Train to Busan was the "best zombie movie I've seen in forever. A total crowd-pleaser. Highly recommend."

Lee Chang-dong's Burning adapts Haruki Murakami's short story "Barn Burning" into a mystery drama that, according to The Atlantic, "rejects the glamorization of Asian wealth and the notion of a universal Asian identity."

With two opposing characters — one working-class native Korean and one "Americanized" wealthy Korean played by The Walking Dead's Steven Yeun — the film imbues suspense into another harrowing tale of class warfare.