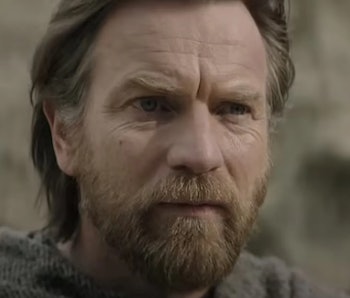 There’s no shortage of cameos expected in Obi-Wan Kenobi. Joel Edgerton and Bonnie Piesse are returning as Uncle Owen and Aunt Beru, and Hayden Christensen is reprising his role as Anakin Skywalker/Darth Vader. But knowing Star Wars TV there’s probably going to be some shock cameos, even if it’s just a droid or planet we’ve seen once before.

But could Obi-Wan Kenobi include an appearance by the most infamous and prolific Star Wars villain, Emperor Palpatine himself? His actor seems to think it’s possible.

Redditor hs1481 reported Palpatine actor Ian McDiarmid spoke out about his possible involvement with Obi-Wan Kenobi at ICCCon in Nashville, Tennessee. According to the post he alluded to a cameo, albeit in a vague and spiritual manner. “There’s a certain show coming soon set right around the time I may have considered to be very active. Whether or not you will see my physical body, I cannot comment on. But you will certainly feel my presence,” he reportedly said.

His cautious wording could go a couple different ways. It could be a reference to a cameo appearance in Obi-Wan Kenobi, but not an obvious one; maybe as a hologram or hooded figure. Considering how prominent Darth Vader seems to be in the show, not including his Sith mentor and boss would be conspicuous.

Alternatively, this could be a carefully worded red herring to suggest he will appear without actually confirming or denying anything. There are already plenty of stars in Obi-Wan Kenobi; maybe Palpatine would just be a distraction.

There’s no firm way to interpret McDiarmid’s supposed statement, but as Princess Leia once said, “Hope is like the sun. If you only believe in it when you see it, you’ll never make it through the night.” Any vaguely optimistic Star Wars fan will interpret this comment to mean we’ll see at least some semblance of Palpatine, even if it’s only through allusions and not a physical presence.

If we do indeed see what Palpatine got up to after successfully taking over the entire galaxy, it’ll be our first real live action look at what his reign was like. Even if McDiarmid couldn’t make it to filming, there are all sorts of ways we can see how he’ll interfere with Anakin and Obi-Wan’s lives.