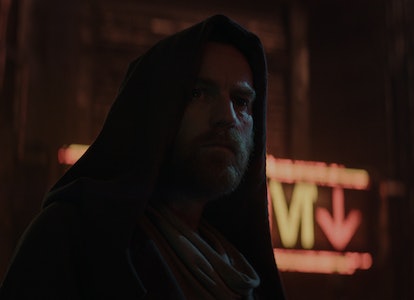 Obi-Wan Kenobi is improving the Star Wars Prequels in ways both expected and not. The Disney+ series, which takes place 10 years after the events of Revenge of the Sith, is allowing Ewan McGregor the chance to further deepen his take on the character in ways that might not be surprising, but are still compelling to watch.

Obi-Wan’s post-Revenge of the Sith relationship with Anakin Skywalker (Hayden Christensen) has also been expanded by Kenobi, which has added more layers of tragedy and regret to one of Star Wars’ most important dynamics. However, that’s not the only relationship being strengthened by Kenobi.

The series is also using Obi-Wan’s growing bond with Leia Organa (Vivien Lyra Blair) to retroactively add shades of affection and admiration to a relationship that the Star Wars Prequels were never quite able to explore.

The Past Never Dies — Obi-Wan Kenobi has followed the exiled Jedi as he attempts to rescue a young Princess Leia from the Empire. The Disney+ series has therefore featured numerous scenes between McGregor’s Obi-Wan and Blair’s Leia, many of which currently rank as some of Kenobi’s best moments to date.

Their conversations have frequently resulted in McGregor’s Ben referencing Leia’s mother, Padmé Amidala (Natalie Portman). From a moment in Episode 2 where Obi-Wan tells Leia that she reminds him of a “leader” he knew a long time ago, to Leia’s discovery in Episode 3 that Obi-Wan knew her mother, Kenobi has placed a heavy emphasis on Obi-Wan’s relationship with Padmé.

That’s a bit surprising, considering that their relationship was never really established or explored in the Prequel Trilogy.

Obi-Wan and Padmé’s Friendship — When it comes to Padmé, the Star Wars Prequels are primarily interested in establishing a powerful connection between her and Anakin. That makes sense considering the important role that their forbidden romance plays in the overall outcome of the Clone Wars and the former’s eventual fall to the Dark Side. However, the trilogy’s intense focus on Anakin and Padmé also means that we never get much of a sense of her relationship with Obi-Wan.

It’s clear in the films that Obi-Wan has a great amount of respect for Padmé, but their friendship is really only passingly alluded to throughout the trilogy. The Clone Wars does a good job of deepening Obi-Wan and Padmé’s relationship in some ways, but the same can be said for how the animated series handles all of the bonds between its central characters.

But no Star Wars movie or TV show has placed quite as much emphasis on Obi-Wan’s admiration for Padmé as Kenobi has. Obi-Wan has been able to use his relationship with Leia look back on the time he spent with Padmé, and the series has made it clear that he held quite a lot of affection for her. That’s not necessarily surprising, given how much Obi-Wan let Anakin get away with when it came to her.

Nonetheless, it’s still refreshing to see a Star Wars title that’s just as interested in honoring Padmé’s legacy as it is in addressing Anakin’s.

The Inverse Analysis — There are a lot of conversations to be had about the ways in which Obi-Wan Kenobi is expanding existing Star Wars lore. Some of the show’s twists — namely, its decision to have Obi-Wan actually fight Darth Vader again — have proven to be predictably divisive among Star Wars fans. However, Obi-Wan’s relationship with Leia is proof of the positive ways in which Kenobi is enriching certain parts of Star Wars history.

That’s not only because their storyline is creating a bond between Obi-Wan and Leia that’s surprisingly moving. It’s also giving Kenobi the chance to retroactively add some much-needed depth to the friendship between Obi-Wan and Padmé, a woman whose impact is frequently overshadowed by her husband’s downfall.