How 'Obi-Wan Kenobi' could solve a huge Luke Skywalker mystery

“Something I just sense things” 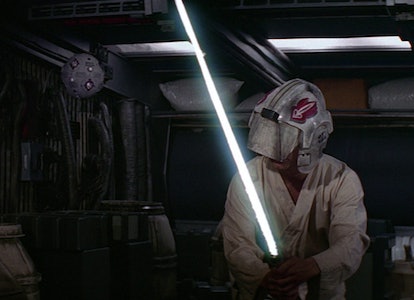 Star Wars is an ultimate “Chosen One” story. Anakin, Luke, and Rey each stumble on their powers at different points of their life, and over time, they master the Force for good or evil. But while we see the Force awaken in Rey and Qui-Gon Jinn recruit Anakin for the Jedi order, it’s still unclear when Luke realized he was different from everyone else.

But with Obi-Wan Kenobi shedding light on Luke’s early years, we could see the series use an old comic for inspiration while even bringing back Anakin Skywalker — but not in Hayden Christensen form. Here’s how it would work.

Star Wars Tales was a series of anthology comics published by Dark Horse Comics in the early 2000s. Now, they’re considered non-canon, and even then, the stories were notoriously known for being non-continuity. But we can’t help ourselves, and sometimes the storytelling choices are just too tempting to not imagine as part of the new Star Wars canon, especially with Obi-Wan Kenobi only a few months away.

For example, take the first story in Star Wars Tales #15, “Sandstorm.” It’s set when Luke Skywalker is about 10 years old, a rambunctious young scamp in the care of his Uncle Owen and Aunt Beru. Young Luke, decked out in a very-fetching-for-2003 bucket hat, gets stranded out in the Dune Sea during a sandstorm.

Looking for shelter, he sees a dark apparition that looks an awful lot like Darth Vader, and then a boy his age emerges from the dust, a boy who introduces himself as “Annie.” Together, the two discover a dead Tusken Raider, take his gaffi stick, and seek shelter in a cave.

There, they bond over their shared issues with absent fathers, their dreams of becoming a pilot, and their wish to leave Tatooine. When a pack of womp rats chases them out of the cave, they find themselves face-to-face with a Krayt dragon — albeit one that looks a bit more cartoony than the fearsome beast the citizens of Freetown faced in The Mandalorian Season 2 premiere.

Luke’s Force powers suddenly kick in, and he throws the gaffi stick into the throat of the dragon, defeating it. But when his uncle rescues him, there’s no sign of “Annie” or the Krayt dragon. Could it all have been a dream?

Regardless of the “realness” of Luke’s vision, incorporating this story into Obi-Wan Kenobi would not only give a young Luke his own story without muddling the events of A New Hope at all. And it would also foreshadow Hayden Christensen’s upcoming reprisal of the Anakin Skywalker role.

This scene could, retroactively, give Luke his “Harry Potter” moment of realizing he’s destined for something greater, even if Luke wouldn’t get to understand why he’s different until he meets Obi-Wan years later.