“Your focus determines your reality” 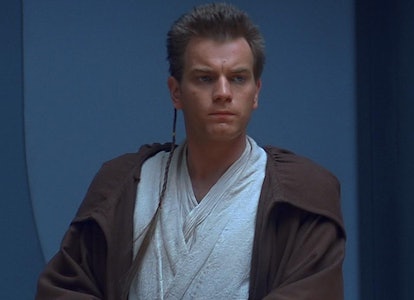 Like the Skywalker Saga itself, Obi-Wan Kenobi has had a long and twisting journey. The series began as a film, but with the success of The Mandalorian, it was reworked into a limited series. Then it was reworked again due to less-than-stellar scripts. Finally, after three years, Obi-Wan Kenobi is finally close to release, and that comes along with a long history of rumors and leaks.

But now we’re in the final months before the series drops in May, and the rumors and leaks are getting more and more ambitious. In fact, this could be the most exciting rumor we’ve heard so far. Here’s everything you need to know. Warning! Spoilers ahead.

This is a huge deal for Obi-Wan Kenobi. The series was already established to reveal more about Obi-Wan’s future after the prequel trilogy, with confirmed appearances from Darth Vader (Hayden Christensen) and rumors of a young Princess Leia. But regardless of how Qui-Gon is introduced into the series, there’s a chance we’ll see a glimpse into Obi-Wan’s past, parts we haven’t even seen in the prequels or in The Clone Wars.

But this rumor begs the question: just how will Qui-Gon appear? Aside from a Palpatine-style literal resurrection, there are two main theories: Force ghosts and flashbacks.

Qui-Gon is no stranger to Force ghosting (he basically invented it). In The Clone Wars, we see him appear in ghost form to Anakin and Obi-Wan. Qui-Gon was a student of the Living Force, often using meditation tactics to center his powers and help Obi-Wan get in full control of his mindset. Could we see a Force ghost appear to remind Obi-Wan to be present in the moment? It would certainly be a welcome cameo — and a useful one, as Obi-Wan copes with the grief of losing Anakin to the Dark Side.

The other option, flashbacks, would previously be difficult to imagine as it’s been more than two decades since Liam Neeson has donned Jedi robes. But with The Mandalorian breaking new ground with de-aging technology by portraying Luke Skywalker as an 80s-era Mark Hamill thanks to some questionable special effects, it’s very possible a de-aged Obi-Wan and Qui-Gon could be shown on a pre-prequel adventure that feeds into Kenobi’s later predicament.

Regardless of how he’s introduced in the series, this cameo could even eclipse Hayden Christensen reprising his role as Anakin Skywalker — after all, Qui-Gon was the first big loss of the prequel trilogy, and seeing him again in live-action could be incredibly nostalgic for fans of all ages.