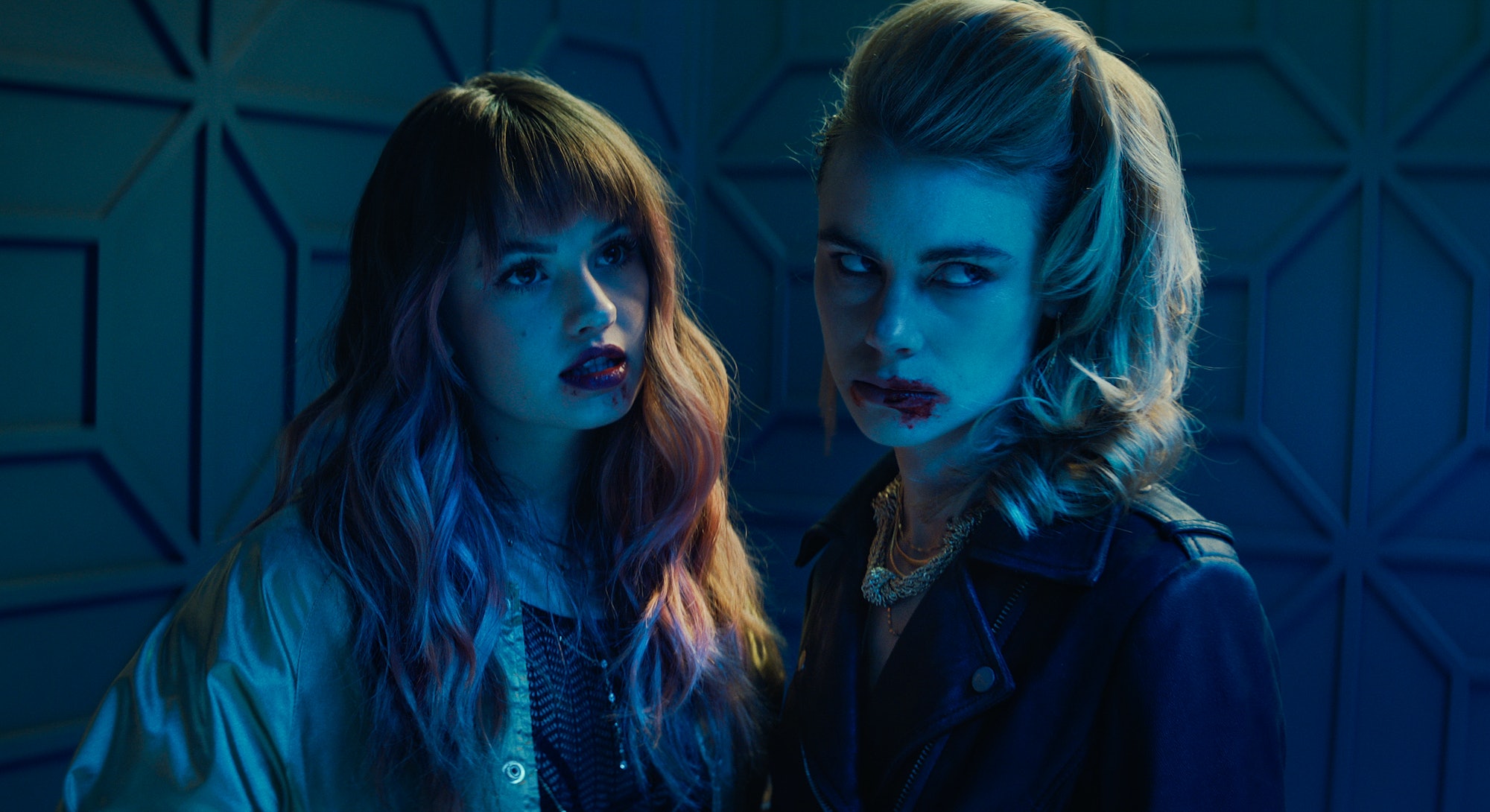 What if vampires walked among us?

It’s the plot of countless young adult novels, movies, sitcoms, and even fanfiction. But no movie has truly captured the goth glamour of the 21st-century vampire like Night Teeth, Netflix’s bisexually lit romp that delivers bloodsucking creatures that are more Joss Whedon than Bela Lugosi.

But while the film delivers the aesthetics of every Hot Topic fantasy, it loses out in one key element of the story: worldbuilding.

When the trailer for Night Teeth was released, the fan response instantly connected it to a previous, far less supernatural film: Collateral. Starring Tom Cruise and Jamie Foxx, Collateral followed a hardworking cab driver (Foxx) thrust into the deadly journey of a hitman (Cruise) in an awful gray wig. While he carts his murdering passenger around Los Angeles, he slowly realizes someone close to him may be in danger.

Night Teeth doesn’t make any fuss about the fact Zoe and Blaire are vampires. The very first shots of the film establish this as a world where vampires have always existed. But there’s a shaky truce that keeps them out of Benny and Jay’s neighborhood — a ceasefire that Victor (Alfie Allen) is about to break.

It’s in this first step where Night Teeth falters. The establishment of vampires as a longtime existence can’t help but bring to mind Bright; the woefully misguided Will-Smith-starring Netflix vehicle meant to portray a world where orcs and humans coexisted as a hamfisted race allegory.

As Night Teeth attempts to build its world, the “rules” established in the movie’s prologue make little sense.

The movie answers none of these questions. But honestly, I didn’t really mind. Where Night Teeth falters in establishing the lore of its world, it more than makes up in setting up the thrilling and eye-catching vibes. Every destination Zoe and Blaire visit on their little murder spree looks like a level in a futuristic video game, full of shadowy underworlds and colorful characters.

Though there are some missteps, like lumping cool girl du jour Sydney Sweeney and horror maven Megan Fox into a single scene, Night Teeth knows the mood it wants to set and will stop at nothing to get there. Every vampire is dressed to the nines, flirty and manipulative. Above all, they are alluring and mysterious - a dangerous combination that makes you want to follow them into the dark.

The setting and plot may seem derivative, but they are all means to an end. The movie’s ultimate purpose is to deliver the Halloween party movie of the decade. The key to enjoying Night Teeth is to take it for what it is: a spooky romp, not a nuanced take on the human condition.

That said, its final act does include a set piece I’ve never seen in vampire media and a final twist that I definitely have. The movie carries out its ending in a way you would expect from a fish-out-of-water thriller.

Night Teeth is a movie for those of us who grew up in the midst of the early 2010s vampire mania. Whether you carried a copy of New Moon wherever you went or laughed at “Still a better love story than Twilight” memes online, Night Teeth embodies and lampoons the part of us that just wants to be a goth rebel.

After all, isn’t that what Halloween is all about?