“Leave the science stuff and the bag of spicy Cheetos for me.” 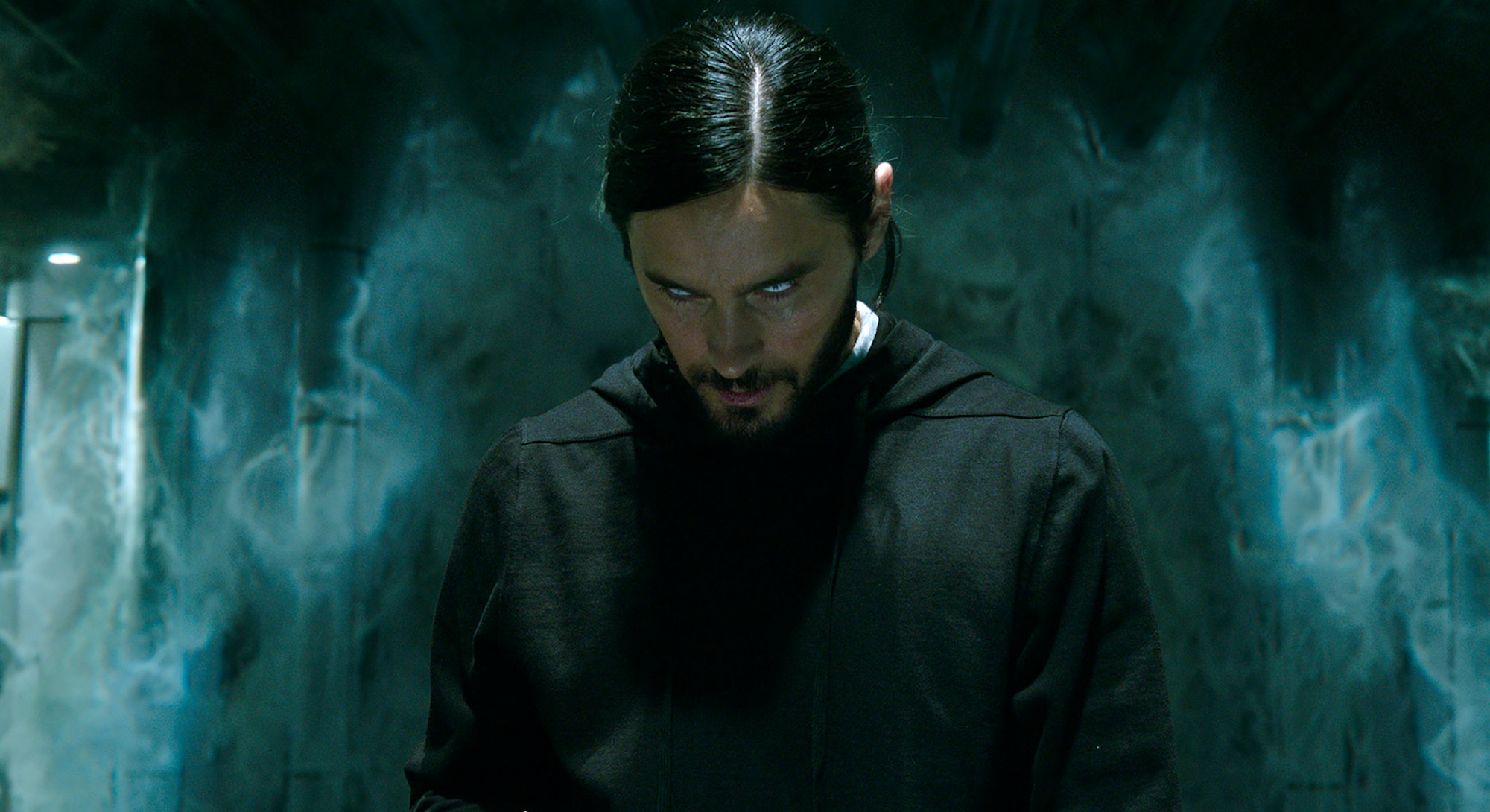 A movie about Michael Morbius could be a lot of things: Scary, silly, weird, fun.

The one thing a movie about Marvel’s Living Vampire shouldn't be is boring. Unfortunately, that’s exactly what Morbius is. It’s a surprisingly dull comic book movie that makes the mistake of taking itself far too seriously.

The film was originally set to hit theaters all the way back in June 2020, but it experienced numerous delays thanks to the COVID-19 pandemic. Now, Morbius is expected to make its long-awaited theatrical debut with little-to-no fanfare this coming weekend, on April 1st of all days. The film is meant to be the latest installment in Sony’s growing, quasi-independent Spider-Man Cinematic Universe, which the studio has been steadily building out since 2018’s Venom.

The problem is that no one involved in Morbius seems particularly invested in it or its central character, which makes the entire thing feel like nothing more than a mercenary exercise in cashing in on an established piece of IP. For a film about a comic book character whose moniker is literally “the Living Vampire,” Morbius is shockingly, stiflingly lifeless from beginning to end.

Morbius begins with Dr. Michael Morbius (Jared Leto), traveling to Costa Rica in order to capture a legion of vampire bats (yes, that’s really how the film opens). From there, Morbius moves 25 years into the past to reveal how Leto’s Michael established himself as a global medical prodigy, and how he first met his lifelong best friend, Milo (Matt Smith). The film then catches back up with Michael as he attempts to use the vampire bats to finally cure the illness that has afflicted both him and Milo for their entire lives.

Obviously, the experimental procedure doesn’t go according to plan. While Michael comes out of it physically stronger and healthier than he’s ever been, the experiment also leaves him with several vampiric traits. The good news is that he gets superhuman strength, hearing, a form of “bat radar,” and the ability to fly. The bad news is that he also has to consume human blood every six hours in order to avoid falling fatally ill.

As an adaptation, the film sticks fairly close to Michael Morbius’ comic book origins. However, the film is bereft of any of the heightened absurdity that makes comic books so fun to read. Morbius desperately wants to be taken seriously, and Oliver Wood’s dark, gloomy cinematography further robs the film of the same visual vibrancy or playfulness that could have made looking at it, at the very least, a more pleasant experience.

Daniel Espinosa’s direction similarly fails to bring the kind of energy to Morbius that it desperately needs. The action scenes are often incomprehensible, comprised mostly of shots of black and brown CGI blurs moving through dimly lit spaces. Even an out-of-place solo dance scene involving Matt Smith’s Milo lacks any real visual ingenuity or editorial inventiveness. The scene simply cuts between low angle and head-on shots of Smith as he dances alone in a room covered in ugly, pale yellow light, making it feel like a pale imitation of Oscar Isaac’s iconic dance scene in Ex Machina.

As Michael Morbius, Jared Leto is lifeless. The actor plays Michael in as straight-faced a manner as possible, underselling the character’s emotions, intellect, and internal torment. Matt Sazama and Burk Sharpless’ script tries to bring some life to its central figure by giving him a sarcastic side, but Michael’s various quips grow old fast and just make him come across more as a smarmy hipster than a playful genius.

To make matters worse, Morbius goes out of its way to sell Leto’s tortured doctor as a good guy. The film comes up with an increasingly frustrating number of ways to excuse Michael’s behavior, going so far as to have an FBI agent (played by Tyrese Gibson) brush off Michael’s first vampiric rampage, which leaves eight mercenaries dead, because the victims were all just “thugs” killed in international waters. Thanks to its inclusion of blue “artificial blood,” Morbius even finds a way for Michael to be a vampire without having to drink human blood.

By doing so, the film robs him of the very internal conflict that could make him an interesting character. If Michael never truly has to drink human blood, then why is his existence as a vampire in any way interesting or complicated?

In case Morbius’ lack of energy and passion wasn’t already confounding enough, the film takes a swerve in its final moments that totally contradicts so much of what came before. After spending nearly two hours trying to convince audiences that Leto’s Michael is a hero, the film includes two scenes that not only set up an unnecessary (and unlikely) cinematic future for the character, but also call his moral righteousness completely into question.

The film’s final 10 minutes cement Morbius’ place as Sony’s most lifeless superhero cash grab yet. In a world where The Amazing Spider-Man 2 exists that may come as a surprise to comic book fans, but Morbius more than earns its new title. The film is the worst possible version of itself: Brooding, overwrought, and totally unaware of its own absurdity. It may be coming out on April Fool’s Day, but make no mistake, Morbius is very much not in on the joke.