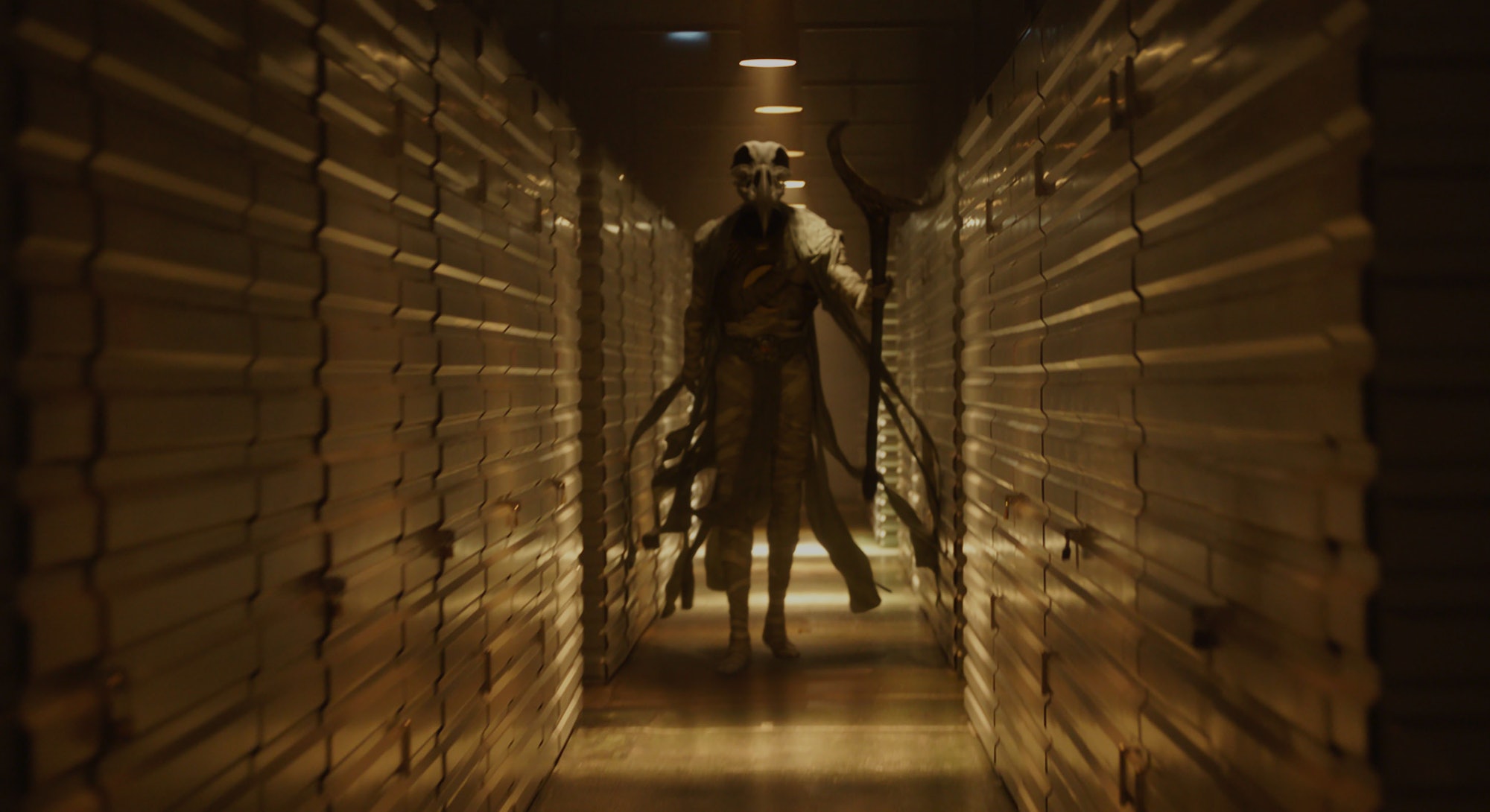 Take a look at Marvel’s upcoming slate and you may notice a spooky trend.

After carefully positioning itself as a family-friendly superhero shop, the studio is taking a sharp turn into the occult. Here are a few of the confirmed shows and movies coming soon to the Marvel Cinematic Universe:

Gather around the campfire, because the MCU is gearing up to tell some scary stories — or is it? With the first episode of Moon Knight already released, the Disney+ series billed as a gritty psychological thriller seems downright docile. Is Marvel chickening out? And if so, should horror fans be worried about what this means for future projects? Let’s take a closer look.

Marvel Comics aren’t all just about your friendly neighborhood Spider-Man. The publisher has introduced cosmic harbingers of dread, devils, vampires, werewolves, walking skeletons, dark sorceresses, zombies, and blobby tentacle monsters of all kinds to terrorize its superheroes and the realities they protect.

Moon Knight is no exception. Not only does the character service Khonshu (an ancient and murderous Egyptian god of vengeance) but two of his greatest canonical rivals are downright ghastly. Werewolf By Night (whose comic introduced Moon Knight) is a literal werewolf. Meanwhile, Shadow Knight is an evil version of Moon Knight who can emit a radioactive blast from his eyes.

Why, then, has Moon Knight been holding back on the horror?

Can Moon Knight still scare us?

In Episode 1, the only cinematic horror tropes we see are fairly understated:

In other words, there’s nothing particularly scary. But don’t give up hope just yet.

While Marvel has only officially released the first episode of Moon Knight so far, critics and other journalists like myself were lucky enough to see the first four episodes ahead of time.

So, dear reader, if you were disappointed by the lack of hair-raising moments in Moon Knight, please know that it does get spookier. Episodes 2 through 4 (arguably the best of the bunch I’ve seen) rev up the jump scares to the point that I was half-covering my eyes at times.

It could also be that Moon Knight’s boldest frights are still to come, culminating in something truly mind-boggling and spine-chilling in Episodes 5 or 6.

After all, head writer Jeremy Slater was behind The Exorcist TV reboot, while Aaron Morehead and Justin Benson (who co-direct Episodes 2 and 4) are best known for Netflix’s delightfully spooky Archive 81 along with a string of unnerving indie films including Spring, Synchronic, and The Endless. This is a team capable of delivering scares, right?!

Up next from Marvel? A highly anticipated Stephen Strange sequel. But this mega-event MCU movie comes with its own bone-chilling baggage.

When Marvel first revealed Doctor Strange in the Multiverse of Madness at Comic-Con 2019, then-director Scott Derickson described it as “the first scary MCU film.” But in the years since, Derickson left the project. Now, in the context of Moon Knight, can we expect a scary Doctor Strange sequel?

On the one hand, Doctor Strange 2 still has a lot going for it in the horror department. The cast includes a witch (Elizabeth Olsen as Wanda Maximoff), plenty of potentially evil wizards, and at least one interdimensional tentacle monster.

Perhaps most important though is the man behind the camera. Sam Raimi is a director with proven chops in the horror and superheroes genres alike. You can thank him for both the original live-action Spider-Man and Evil Dead trilogies, along with the R-rated superhero film Darkman and the comedy-horror classic Drag Me to Hell. So if Marvel really wants a horror movie, Raimi is more than up to the challenge.

Finally, despite the high production value of Marvel’s streaming series, there’s no denying the studio pours even more money into its big-screen adventures. If the problem holding back Moon Knight’s scares is a financial one, Doctor Strange 2 should be able to fix that with ease. (Though we can’t say the same for future Disney+ releases like that Halloween special or Agatha: House of Harkness.)

Then again, maybe Moon Knight is proof that Marvel Studios simply don’t want to tell scary stories. After all, if there was ever an opportunity to get spooky, it was probably Moon Knight. If not now, then when? Disney+ is one thing, but we doubt Disney would risk its box office revenue gambling on horror.

Hopefully, Marvel will give scary movie fans a satisfying answer before too long, but for now, we wouldn’t bet on Doctor Strange in the Multiverse of Madness living up to Scott Derickson’s original promise.