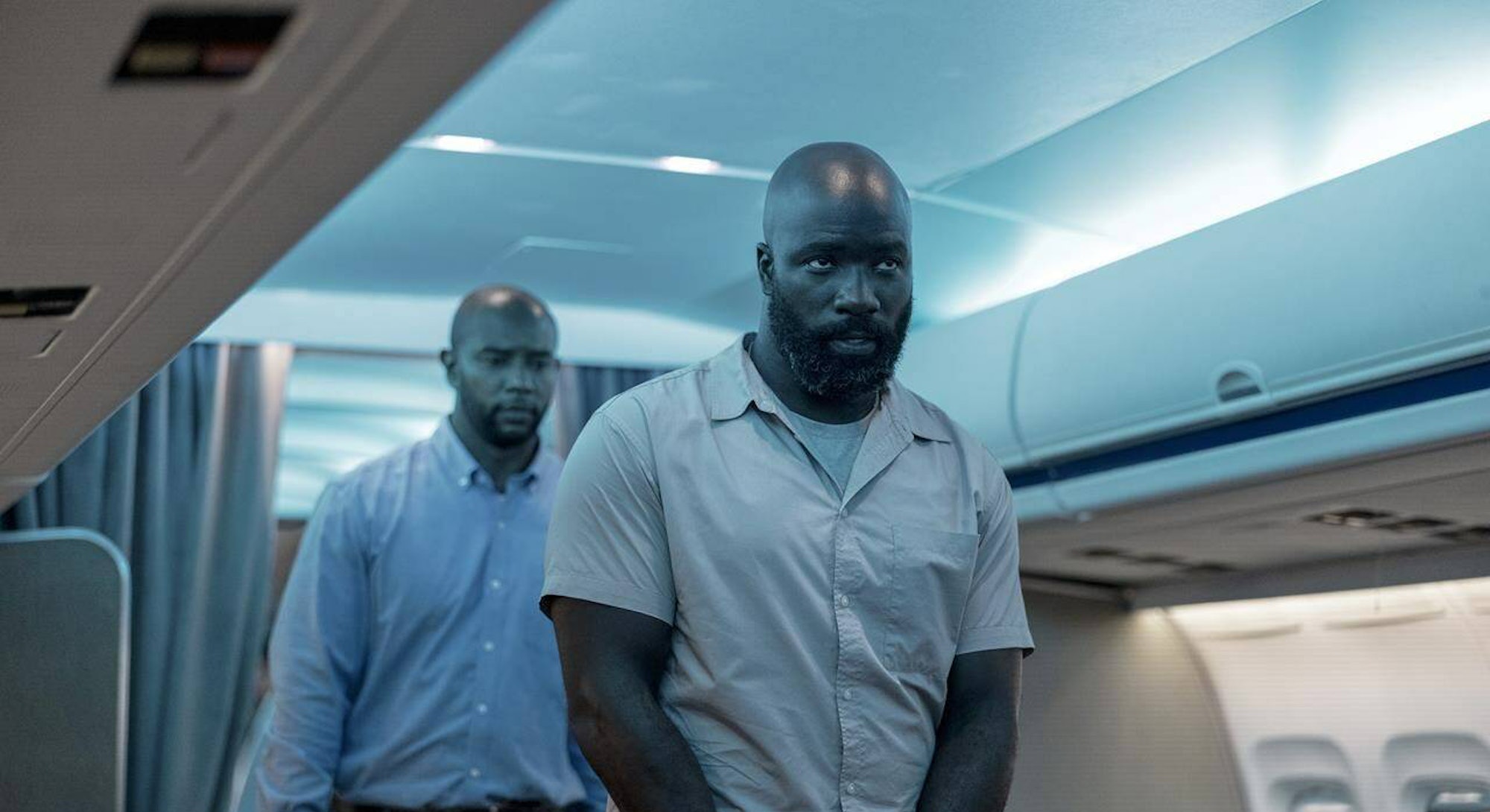 Mike Colter is aware of how he comes across.

With his hulking physique and intimidating presence, he’s used to being cast as the strong man or the heavy. It’s what made his casting as Marvel’s bulletproof man in Luke Cage so perfect. And it’s what makes him such a formidable presence in Plane, the new action flick in which Colter plays a convicted murderer being extradited in a commercial plane piloted by Gerard Butler’s Captain Brodie Torrance. But when a storm forces Brodie to make a crash landing in hostile territory, Colter’s Louis Gaspare becomes Brodie’s best bet at survival.

“I like characters that start off someplace and have a journey and have a bit of an arc,” Colter tells Inverse.

It’s a journey that starts off in almost complete silence for Colter. Louis Gaspare utters no more than a handful of words in the first half of the film, letting his pointed glares and looming physicality speak for themselves. Acting with little dialogue is a challenge for any actor, but it’s one that Colter has overcome before.

“When I did my first play as it goes back to college, first play I ever did, I played Mary Shelley's Frankenstein, I played the creature,” Colter says. This experience provided him the opportunity to act almost completely without discernible dialogue, teaching Colter a valuable lesson: “Acting is not necessarily talking. It's not it's doing, it's something else. It's not just about the words you speak.”

Colter does a lot with a little in Plane. Introduced merely as a convict being extradited out of Singapore, Louis Gaspare is silently ushered into Brodie’s plane at the beginning of the film, an air of quiet menace emanating from him the entire time. That air suddenly becomes two degrees colder when the teen girls sitting two rows in front of him take a selfie — he sharply asks them to stop, and they do, everyone settling uncomfortably back into silence.

“He has no airs about him.”

But Colter doesn’t see Louis Gaspare’s presence as an intimidating one. “There's a certain quality of being grounded and sort of the quality of peaceful, sort of focused energy that he understands, Colter says. “He has no airs about him.”

Colter has a theory for why a stoic man would be seen as a threat. “A person who comes across with a strong demeanor does frighten people,” he muses, “because people are always looking for you to disarm them with a smile… As a black man in this country, you smile to sort of say, ‘I'm a good person.’”

For the rest of the film, Louis Gaspare remains a question mark, an unlikely ally whom Brodie is forced to trust, but whose motives even Colter can’t fully discern. It’s aided by the uncertain dynamic between Colter and Butler, who met on set and started filming almost immediately.

But the tension that persists between the two of them helps maintain the film’s high degree of suspense — with situations escalating, only for Louis Gaspare to disappear at a dire moment, or reappear in the nick of time.

But there’s a certain satisfaction to be found in playing a character who toes the line with the audience’s sympathy.

“As people, we are always complex, we try to present ourselves in some way, shape, or form of people who really know anyone, no more than one side of them,” Colter says. “And so what's presented to someone when you first meet them, it's not necessarily the person in their totality. And I like playing characters where you're sort of playing with the sympathies.”

Plane is now playing in theaters.