“I killed the lizard.” 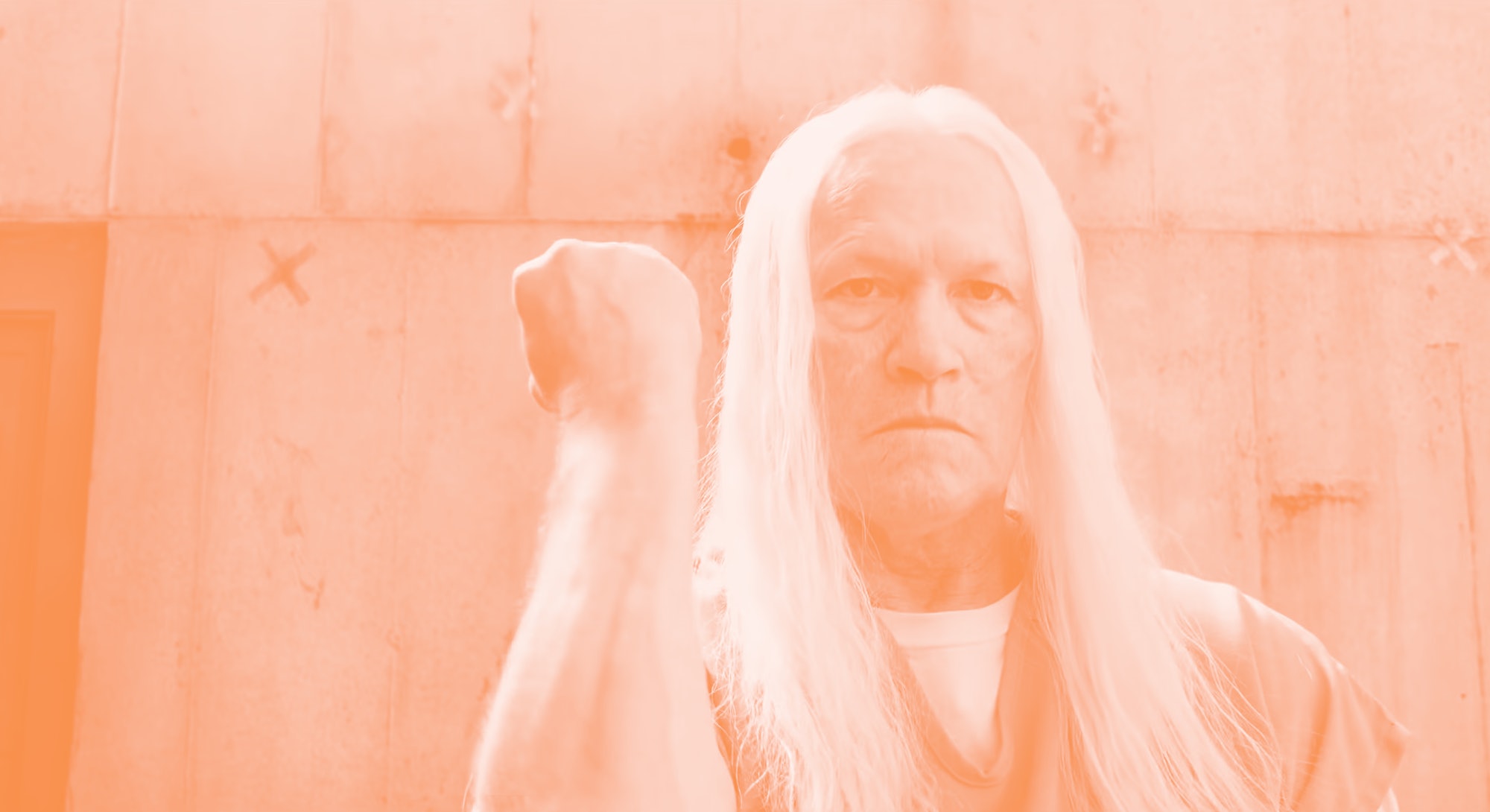 Despite his rugged exterior and Alabama drawl, Michael Rooker insists he’s nothing like the menacing roughnecks he’s played on screen for nearly four decades.

“People get the wrong impression of me,” the 66-year-old The Suicide Squad star tells Inverse. “I’m open and vivacious, and I joke. [People] meet me in person, and they realize, ‘Oh, he’s not like that at all.’”

Since debuting in 1986 horror-thriller Henry: Portrait of a Serial Killer, Rooker has enjoyed a film and television career playing hard men with even harder exteriors. Even when he’s on the side of the angels, playing a district attorney in Oliver Stone’s JFK or a reformed cowboy in Tombstone, Rooker’s characters aren’t people you’d exactly want to sit down with and crack open a cold one.

“This role was written for me.”

Rooker’s star abruptly ascended in 2010 when he started playing the abrasive, antagonistic Merle Dixon on AMC’s hit series The Walking Dead. Soon after, he joined the Marvel Cinematic Universe as the alien criminal “Ravager” Yondu in 2014’s Guardians of the Galaxy and its 2017 sequel, Vol. 2.

Next up: Rooker swings over to the DC Universe as he rejoins Guardians director (and good friend) James Gunn for The Suicide Squad. The actor and director have a long history outside of Guardians; Gunn has cast him in every film he’s directed to date, including 2006’s Slither and 2010’s Super.

In this quasi-sequel to David Ayer’s poorly received Suicide Squad, Amanda Waller (Viola Davis) reassembles yet another team of imprisoned supervillains, asking them to risk their lives during dangerous missions in exchange for reduced sentences. The Suicide Squad opens by introducing Rooker as Savant, a ruthless killer who proves his lack of conscience — and perfect aim — by killing a hummingbird with a rubber ball.

While Rooker downplays any similarities between himself and Savant, he scatters pieces of himself throughout even his darkest roles.

“I’m not like Henry in Portrait of a Serial Killer, but I do have a quiet, intimate, introverted side,” Rooker says. “Savant is similar. You’re gonna be surprised because he’s not what you think he might be. I like that.”

Rooker spoke with Inverse about what elevates Gunn’s directorial style, how their R-rated Suicide Squad differs from the more family-focused Guardians of the Galaxy, and why he dreams of martial arts stardom.

Everyone in The Suicide Squad is in prison for something. Pretend I’m an inmate when I ask you: What are you in for?

He’s got a talent: He sees a target and he hits it. He doesn’t take two minutes to aim. I have a feeling he used his talents in the wrong direction.

Speaking of hitting targets: Savant kills a bird in The Suicide Squad! Why? Was Savant annoyed by the bird?

The bird didn’t annoy Savant at all. It was just there. This role was written for me. I [personally] have the ability to pick up a pebble and hit targets. I told Gunn a story — I don’t know if this is where this particular scene came from — but I was camping once, sitting by the fire, and there was this lizard about twenty-five paces out on a rock. I take a pebble, and I flick it, and I killed the lizard. There was no aiming. I saw the lizard, flicked the rock, and it’s gone. This is what happens with this bird.

“I was asked not to read too much about Savant.”

It’s one of those things that killers do. I’m not saying I’m a killer, but I killed that poor lizard. I have that ability: to hit the target if I see the target. I don’t have to take aim. I do it with knives, axes, guns, rifles, pebbles, slingshots — whatever. My hand-eye coordination is such that I’m good at that. Savant is super good at that stuff as well. That’s the connection between me and Savant. Gunn knows a lot of my stories when I go out hiking and stuff. When I read the script, I go, “This sounds like someone I know.” He’s like, “I know, isn’t that great?”

Savant debuted in the comics as an enemy of Batman. Do you think your version of Savant has crossed paths with Batman?

I don’t know. I was asked not to read too much about Savant. Gunn said, “Don’t read so much about him,” so I didn’t. It frees me. I don’t have complicated questions in my head, like, “Well back in…” It leaves me more free and open for Gunn’s direction.

No spoilers here, but Savant gets, shall we say, an interesting ending. Did the scope of your role allow you to try anything weird and fun with the character?

You know what: it was beautiful. I love doing opposites. Gunn wrote that so beautifully. When you’re seeing someone, you expect them to be a certain way, and they turn out to be the opposite. That’s nice, isn’t it?

You are generally known for playing gruff characters, men with shady pasts. Do you imagine yourself playing against type one day in a future project?

I love playing against type. Even within type, I play against type. Even when I do all my roles — if I’m [playing] a shady, gruff person — I like throwing in kernels of interesting traits you don’t expect, [like] perhaps humor. I don’t think Savant has much humor, but I like to bring some. I thought the death of the bird was very funny, actually. That's my dark humor, albeit, but it is humor.

I understand you have a black belt in Kyokushin karate...

Someone has to fix your Wikipedia page, then.

I’ve been doing Kyokushin for a number of years, on and off. I work hard to develop the skills, I go away to do a movie for six or seven months, [and then] I come back, and I’ve forgotten everything. But it’s a beautiful challenge. Every time I come back to the dojo, it’s [a new] beginning. I still have abilities from my past training, but my poor body is like, “Ouch, man.” I love the style, because I love full contact [sports]. But I’ll tell you: it’s not full power. That’s a big difference. I enjoy going to the dojo and doing full-speed, full-contact karate. But I don’t think I’d love full power. That would hurt too much.

Would you ever want to do a martial arts movie?

I would. I want to. I just finished a little independent movie down in Georgia. Once the director found out I knew how to do [martial arts,] I’m [suddenly] running out of bullets in every other scene. He’s like, “You’re gonna have to do something now. Do some throw!” I’m like, “Are you serious? [My character’s] got two guns, I’d just shoot him!” [The director] says, “Maybe you’re saving your ammo?” Once people find out you know how to do stuff, they can’t help but add it to their scenes.

The Suicide Squad opens in theaters on August 6.