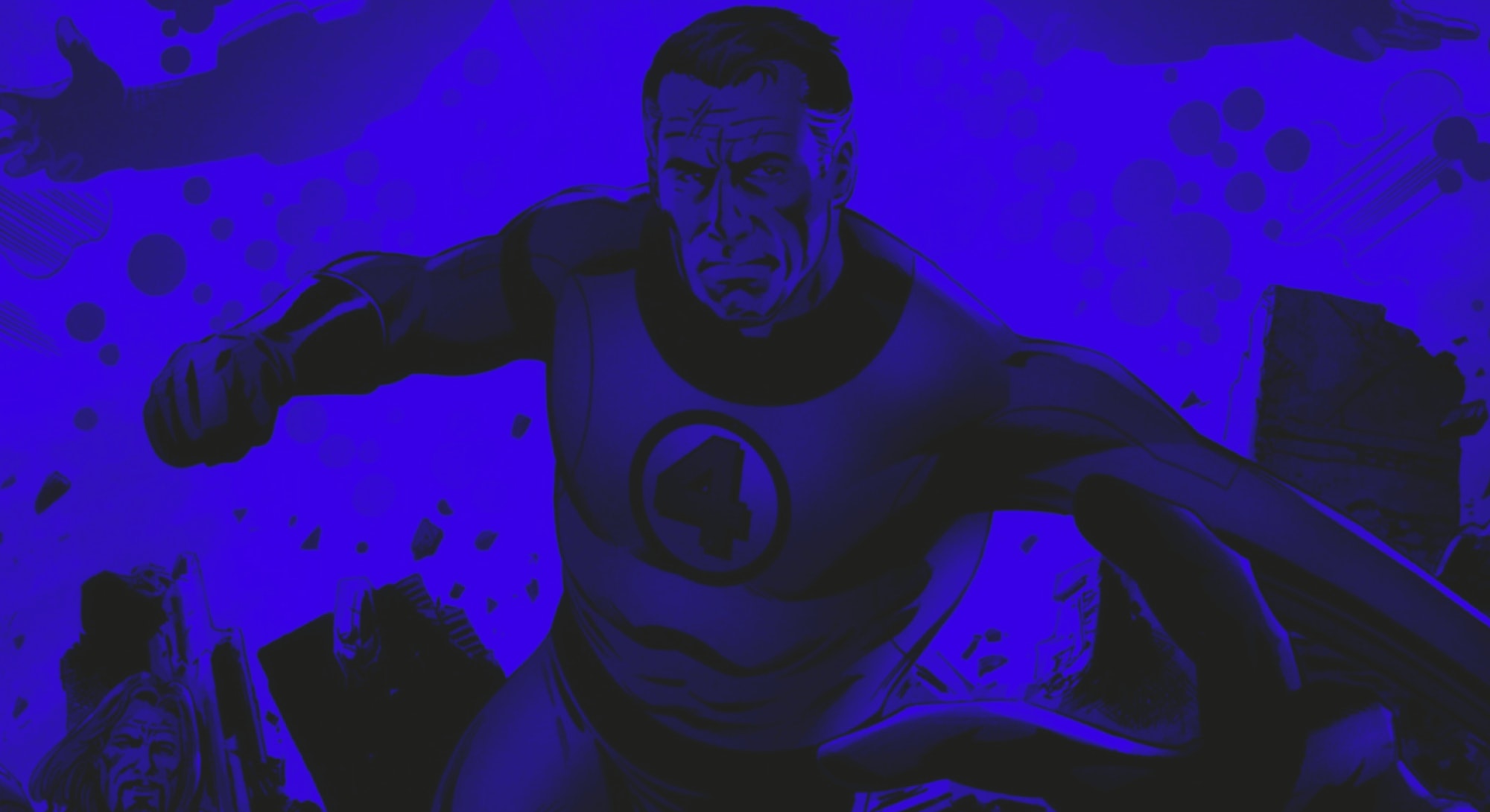 Marvel Studios is set to reboot the Fantastic Four yet again, and hopefully this time it sticks. But the question of just how charming the superhero family’s patriarch and leader, Reed Richards, should be is up in the air, especially when you factor in certain questionable casting rumors.

So should Reed Richards be a jerk in the Marvel Cinematic Universe? The answer may surprise you. But first, a bit of history for context.

I love the Fantastic Four. At this point into The Gutter’s run you might be thinking “Richard, what comic book character don’t you love?” The answer: Plastic Man. But seriously, I get it. I love the vast majority of these comic heroes and villains, and when it came to my comic book education, Spider-Man and the Fantastic Four dominated my Marvel collection.

Of course, Spider-Man has never had any trouble getting non-comic readers invested. The Fantastic Four on the other hand, well, it’s been a hard road, from the Roger Corman-produced movie that exists solely to retain the rights to three 20th Century Fox films consisting of a mostly fun first entry, a sequel full of wasted potential, and a reboot that was ground to bits before release.

The films haven’t left a great impression, and when I ask my non-comic reading friends their thoughts about the Fantastic Four, it often comes down to one issue: Reed Richards, aka, Mr. Fantastic. “A smart guy who stretches is pretty boring,” or some variation of that, has been the typical response. The Thing, The Human Torch, and The Invisible Woman are well-liked, but in terms of films centered around Richards, he hasn’t made for the most fantastic lead.

The problem with Reed Richards

On the surface level, Reed Richards is just a really smart dude who possesses Tony Stark’s celebrity but has less of his personal issues. But that isn’t really the case. Reed often stretches himself into what people expect him to be, but behind closed doors, there is a Machiavellian streak that runs through his altruism, and it’s been there from the beginning.

Over the years Reed’s greatest sins include:

And that’s not even getting into what alternate versions of the character have done. The Ultimate Universe version of Reed Richards murdered his family and sought to destroy his home dimension in an effort to travel to a better one, which he eventually did and took up the name The Maker. Another version, recently introduced in the one-shot Timeless, took up the mantle of Doctor Doom after he murdered the original Doom and destroyed other timelines to keep his own in existence — despite being the last person alive in the universe.

Numerous stories have toyed with the similarities between Reed and Victor von Doom, with Reed’s family being one of the only things holding him back from tyranny. As logic-based as he’s presumed to be, Reed is driven largely by emotion, much like Doom. But unlike Doom, Richards has a better system of checks and balances in place thanks to his family and the superhero community. He’s not a bad man, but he’s done bad things for the sake of survival, and for the sake of curiosity.

Reed Richards is addicted to discovery and, despite the costs, he’s always searching for the next Pandora’s Box, fully believing he can outsmart whatever problems are unleashed. Reed’s morality becomes even more fascinating when considering that he and Doom are rumored to be ancestors (or descendants) (given the tricky nature of time travel) of Kang the Conqueror.

Reed Richards and the MCU

As casting rumors for Marvel Studios’ Fantastic Four heat up quicker than Johnny Storm, there has been a lot of discussion among fans about how Reed Richards should be depicted. The MCU is never going to replace Tony Stark, and shouldn’t try to, but I do think there is something alluring about brilliant heroes who are deeply flawed. Where Stark’s flaws were out in the open, in both the comics and films, Richards has been more secretive with his, making costly decisions with limited oversight.

The MCU is filled with heroes who are paragons, and while Reed Richards’ characterization needs a delicate balance because, ultimately, he should be liked by the characters populating the MCU (and by audiences), I think he’s much more interesting when he’s keeping secrets. This isn’t to say he needs to be a robotic Mark Zuckerberg personality. Reed’s popularity is a tool in itself, but I do think he should push the limits of what he can get away with while remaining humanity’s celebrity scientist.

Whoever is cast as Reed Richards in MCU shouldn’t play him as a jerk per se, but there should definitely be a level of condescension masked under the pleasant affability of Mr. Fantastic, leader of the “world’s greatest heroes.” With the doors of the multiverse ready to burst open, an opportunity to see darker variants of Reed Richards may also put the morality of the mainline Mister Fantastic in a clearer perspective.

Reed Richards shouldn’t be approached as a superhero in the MCU but as an explorer. And as history has taught us, there is a thin line between explorer and conqueror.