“Zombies don't eat brains anyway, unless instructed to by their zombie master. A lot of people get that wrong.” 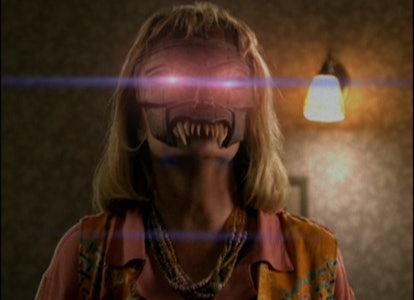 It was worth the wait. After four episodes of Marvel’s What if...? with mixed results, we finally got the alternate reality everyone was waiting for: the one where the Avengers are transformed into zombies.

Based on the comics by Walking Dead creator Robert Kirkman, Marvel Zombies infects the Marvel Cinematic Universe with a devastating virus that turns everyone, including Earth’s mightiest heroes, into brainless cannibals. The result is the most exciting and emotional episode of What If so far. And in the process, Marvel may have snuck in a reference to another classic zombie story: Buffy the Vampire Slayer.

What If Marvel Zombie’s Buffy reference

Early in the episode, after Bruce Banner is saved by a squad of surviving superheroes, Spider-Man shows him a homemade orientation video designed to help its viewers survive the zombie apocalypse. It’s a cute moment that’s thankfully cut short, but in the process, we get a clever nod to another show that explored zombies.

Here’s the moment I’m talking about:

This moment in What If matches up almost perfectly with the logo for Mutant Enemy, Joss Whedon’s production company, which he created in 1996 specifically for the launch of Buffy Vampire Slayer.

It’s possible this is just a coincidence, but that seems unlikely given Buffy’s long history of exploring zombies. For a show focused on vampires, the series often delved into various other species of the undead.

Perhaps most famously, the Buffy Season 2 episode, “Dead Man’s Party,” centers on a Nigerian mask that comes into the ownership of Buffy’s mom, Joyce. Unfortunately, because this is Buffy, the mask is cursed and it causes an army of zombies to rise up — including a dead cat.

Zombies also returned in Season 3 Episode 13, “The Zeppo,” which focused on Xander’s side-adventure while ignoring a world-ending threat the rest of the gang is dealing with. In that story. He winds up hanging out with a group of resurrected “zombies.” (To be fair, these zombies aren’t mindless and they don’t eat humans, but they are undead.)

Those are just two examples of many. With 144 episodes (plus Angel), Buffy had plenty of time to explore every facet of the undead universe. And despite creator Joss Whedon’s downfall in recent years after allegations of cruel behavior (and worse) came to light, there’s no denying the lasting influence of arguably his greatest creations, especially when it comes to the undead.

What If is streaming now on Disney+.