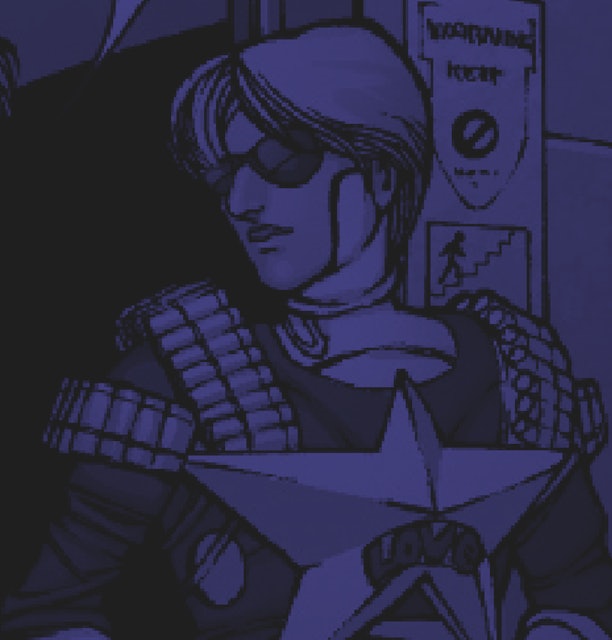 With upcoming Disney+ shows like WandaVision, The Falcon and The Winter Soldier, and Loki, Marvel will get to explore lesser-known facets of its vast storytelling universe. For a while, though, it seems Loki won't be able to explore much of anything. The demigod appeared to be under arrest by the Time Variance Authority, the "time cops" of the Marvel Universe. Recent casting news may have just revealed whose custody he's under.

Variety reports British actress Gugu Mbatha-Raw will play a major part in Loki, joining actors Owen Wilson and Sophia di Martino. Mbatha-Raw is well-known for her sci-fi roles, from Doctor Who, to the Emmy award-winning "San Junipero" episode of Black Mirror. She also appeared in Jupiter Ascending and A Wrinkle in Time.

Established Marvel leaker Charles Murphy offered up some more context for this casting news, noting that she'll have a central role next season as well.

Mbatha-Raw's role in Loki is looking to be big, and Reddit user RMagnum777 has theorized she will play a well-known TVA agent: Justice Peace.

Justice Peace is an agent of the Time Variance Authority who works in tandem with Justice Peace. She first appeared in She-Hulk Vol. 2 #1, serving as judge in the time trial of Clint Barton, aka Hawkeye. When young attorney Jennifer Walters transformed into She-Hulk and destroyed the trial, allowing Clint to escape, Justices Love and Peace took her to TVA Headquarters for a trial of her own, where Love served as the lead prosecutor.

On their way to the courtroom, Justice Love talked Walters through the numerous time offenses caused by the Avengers over the years, chastising them for killing people in the past, creating a butterfly effect. This prompts Jennifer to say "I get it. We're the Courtney Loves of time, let's move on." That confrontation with Loki would surely not go as well, but would make for amazing television.

Justice Love serving as lead prosecutor also hints at a possible time trial of Loki himself. Considering the TVA could pull witnesses from anywhere in time, the possibilities are literally limitless. So who would serve as Loki's defense? With a She-Hulk series in the works, we may need to look toward Marvel's favorite attorney herself.

Involving Justices of the TVA would be a smart move for Marvel: having a way to accuse Loki of certain "time crimes" would allow for fun flashbacks to whatever messes he caused in the time-space continuum, and would provide interesting foils for his infamously eccentric personality. With speculation that Owen Wilson could take up Justice Peace's star-studded armor, Loki may be outnumbered in his pursuit out of the Time Jail.

Loki premieres on Disney+ in spring 2021.