“I was dreading it the whole movie.” 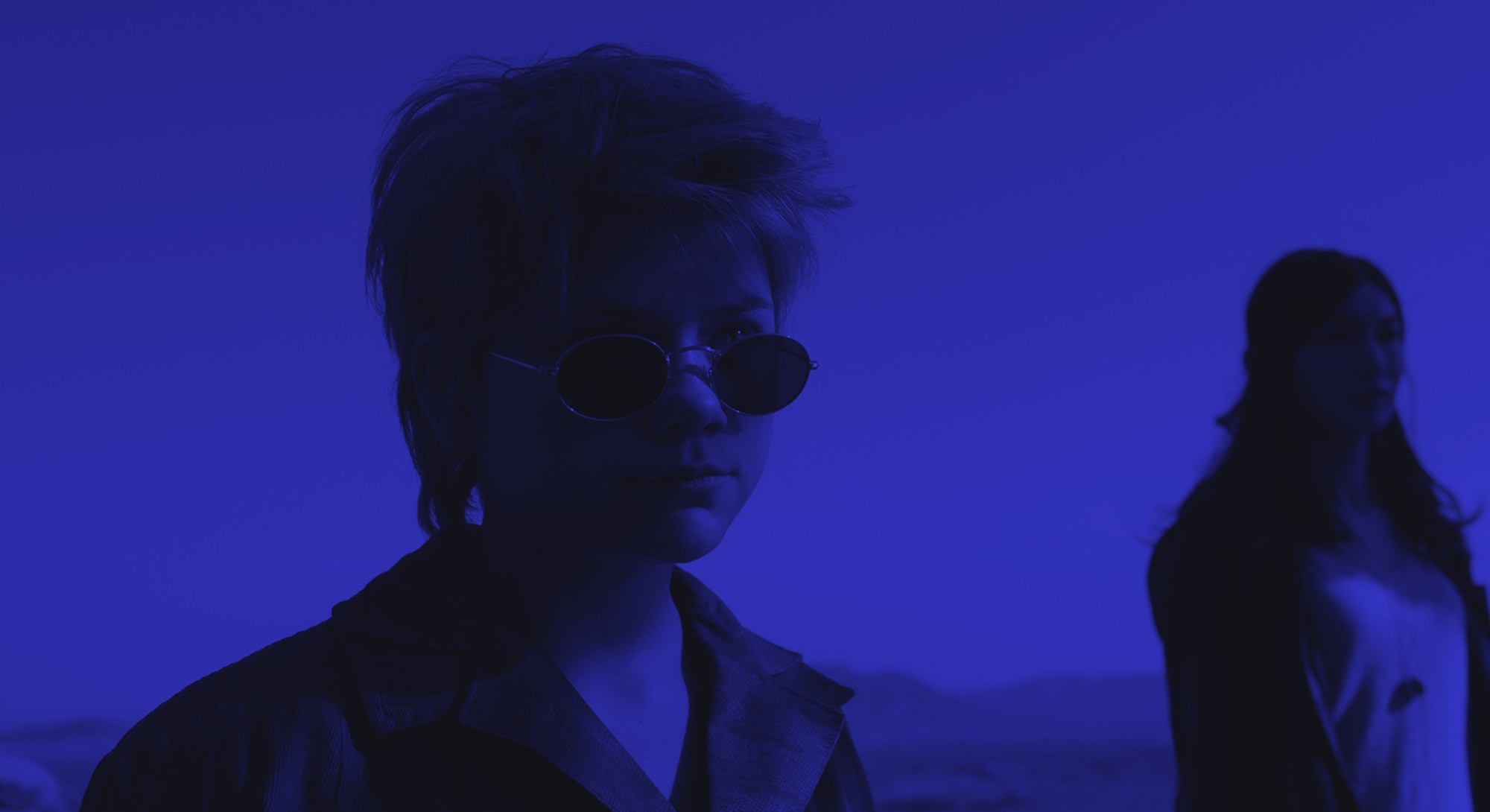 On the outside, the heroes of Marvel’s Eternals never change. On the inside, it’s a different story.

In Eternals, streaming now on Disney+, alien immortals with superpowers spend eons looking as they did at the dawn of human civilization. This is a problem for the youthful-looking Eternal, “Sprite,” played by teenage actress Lia McHugh. Throughout Eternals, Sprite wrestles with an unusual identity crisis: How can an immortal ever grow up?

Cast for the Marvel epic at 14, McHugh has done some growing up herself. Looking back on her time on Eternals, directed by Academy Award-winner Chloé Zhao (Nomadland), McHugh says she felt Sprite change almost every day. “Every day I learned a new thing about her,” McHugh tells Inverse. “As we shot I discovered something different. And honestly, after I saw the movie and saw everything put together, I learned even more.”

The biggest thing McHugh learned about Sprite is her existential pain as an individual who’s lived for a millennia as an adolescent. “Sprite’s motives in the ending of the movie was driven by her hurt and, and wanting to forget,” McHugh says. “She wanted to restart.”

Hailing from Pittsburgh, Pennsylvania, McHugh starred in thrillers like 2019’s The Lodge and the 2020 film Songbird before appearing in Marvel’s (delayed) Eternals. She was announced in the role of Sprite alongside her Eternals co-stars, including Gemma Chan, Kit Harington, Angelina Jolie, Salma Hayek, and Brian Tyree Henry, at Comic-Con International in 2019.

With Eternals now streaming and available in Digital HD, and coming on 4K Blu-ray and DVD on February 15, McHugh spoke to Inverse about everything from learning a dead language to hanging out with the movie’s surprise cast member, Harry Styles.

A few years have passed since you were cast as Sprite. How different is your understanding of Sprite now than when you first started?

I feel like every day was a new [experience]. You read the script and you have your own interpretation. Then you begin preparing with the director and she brings in her interpretation of it. It's funny. When I read a script, it's like daydreaming. Like when you read a book you imagine people talking and you have it all in your head, and then when you shoot it, it's completely different. It always is, right?

I have some funny videos of myself trying to learn Babylonian. It's gibberish.

So much of Sprite’s story was about a person who couldn’t grow up no matter how old she actually is. Given that you’ve done some growing up yourself, what do you make of her story? Is growing up overrated, or is Sprite right to want to grow up?

In Eternals, Sprite speaks ancient Babylonian. How on Earth did you learn a dead language?

I have some funny videos of myself trying to learn Babylonian. It's gibberish. You should see the way it's spelled. It’s like learning sounds to make. Learning lines is hard enough, but having to learn something that makes zero sense in your brain is very difficult. I was dreading it the whole movie. Because Chloé was like, “Yeah, you're gonna have to learn it.”

There’s like two or three people left [who know it]. It’s a done language. But they knew the language and were very specific [in the things] I had to say perfectly. They were funny. They took a lot of pride in their language, which is cool. They had a speech lady named Sarah. She was wonderful. She was there to help with pronunciation and to help me learn. But it was very frustrating. It was hard. But once you learn it you don’t forget. I still have it in my brain, I know it.

As an actor you have to accept you’re going to have to do things that are embarrassing.

Chloé Zhao is a very naturalistic filmmaker who doesn’t do a lot of VFX. What was it like working with Zhao as an actor in something VFX heavy like a Marvel movie?

I think she's brilliant. We shot everything physical, I didn't work on a green screen until reshoots. Everything was built, the beach was real, sunsets were real. It really helped to go into a big scale Marvel movie but still have it feel like a real film. She worked with each of us individually. It’s nice when the director has the understanding of the script, like the script was her baby, she knew everything about it, and she brought us into it and taught us in a way [that] got us on her level. It was nice to have that trust in her.

It was different for each of us. Like, Richard [Madden], it was hard for him because lasers are shooting out his eyes. He's literally like [eyes widen]. He can't do anything to show that. It was easier for the rest of us, because we had our hands and we could physicalize it. It’s [about] committing, imagining a monster running at you. You just got to go into it. As an actor you have to accept you’re going to have to do things that are embarrassing. You’re gonna wear clothes you don’t like, do things that are weird. You gotta accept it. That’s your job.

It looks like there is a deleted scene with you and Harry Styles, who plays Eros. Care to spill what was supposed to happen with Sprite and Eros?

I actually didn't have a scene with him. [His scene] was a scene that was cut. It was parallel to the very first scene of us arriving on Earth. It was an alternate ending that didn't end up working out. We shot it on the same day [as our scene], because it was virtually the same. It was the same shot. They were just switching out characters.

So I was shooting the first scene, he was shooting the last which ended up being cut. But we were on the soundstage, all of us together. Every time we were on break, we would talk. He was really cool. Some actors hide in their tents and want to be left alone, which is fine. You’re working, I get it. But he was like, “What’s up everyone? Let’s come in my tent.” He didn’t want to be left alone.

If the Eternals showed up they’d be like, “Sprite? What happened to you?”

We don't know that she doesn't have her powers. That has not been clarified. I don't even know. Nobody knows. I think about it sometimes. What she could be doing on Earth? I like to think that she's a trouble child. Maybe she went a little crazy and is spending all of Kingo’s money and is getting into trouble. Maybe he has to parent her a little. That would be funny. If the Eternals showed up they’d be like, “Sprite? What happened to you?”

Why do you think Sersi gave Sprite what she wanted — the ability to grow up — despite her betrayal and loyalty to Ikaris?

Sprite’s motives in the ending were driven by her hurt and wanting to forget. A lot of what she did she would have never done. She wanted Arishem to emerge, she wanted our memories wiped. She wanted to forget her pain because it was so awful and so deep that she just couldn't bear it anymore. She needed to forget it and forget Ikaris. But Sersi is her sister. She knows her very well. She understands how awfully hard it is for Sprite. I don't think she blamed her. She found forgiveness for her as much as she did for Icarus.

Of course I’d love to do another movie.

Do you have any thoughts as to why Arishem didn’t pick up Sprite at the end of the movie?

I think because she's human now. But do you know what happened in the comics? I haven’t read any of them. But I saw somewhere a fan said that in the comics, she dies and gets brought back to life by the Eternals. I think it's funny what people think is gonna happen. And of course I’d love to do another movie.

But do you have any standout memories from your time on the set?

There was a fun night in Camden. I love night shoots, because I’m a kid. I can only work so many hours. If we’re shooting at night, I would have to be brought in later in the day. Which was great, I would get to sleep in. But the night in Camden, it was a lot of running around. It’s fun when the public can see when you’re shooting, people watching from the side streets guessing what we’re shooting, but they really don’t know. It felt cool.