'Mandalorian' Season 3's biggest mystery could be solved by 'Andor'

“The body rejected the blood” 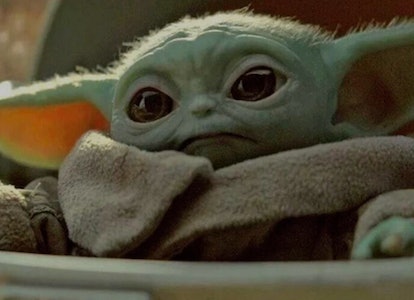 The Mandalorian has always hinted at a cloning plot. In Season 1, Moff Gideon was pursuing Grogu for Dr. Pershing to use in some unclear procedure, and then in Season 2 we see some prototypes of Snoke, who we’d come to know in the sequel trilogy.

But could the upcoming Andor provide more background to this mysterious plan? A famous Star Wars book hints at how it could all play out.

Probably the most famous Star Wars book series is Timothy Zahn’s Thrawn trilogy, consisting of Heir to the Empire, Dark Force Rising, and The Last Command. Set in the aftermath of the original trilogy, these books follow Grand Admiral Thrawn as he controls what remains of the Galactic Empire.

Part of Thrawn’s plan involved cloning Force-sensitive individuals, much like what we’re seeing in The Mandalorian. But while The Mandalorian shows the later stages of the process, we could see the plan’s conception in Andor. And while the Thrawn books are now considered non-canonical, they could still be mined for ideas about the roots of the Empire’s cloning program.

Andor has a golden opportunity to feature Emperor Palpatine at the height of his power, and it’s incredibly unlikely we won’t see him over the course of the series’ 24 episodes. But this isn’t the scheming, shadowy Palpatine we’ve seen in the movies; this Palpatine is the supreme leader of the galaxy standing unopposed by any threats. With some post-coup spare time on his hands, he could follow up on what his predecessor Darth Plagueis started and try to perfect the secret to immortality.

With this added context, The Mandalorian Season 3 could build and expand into something far more sinister than “the Empire wants Grogu for blood samples.” Instead, it could threaten his very life.

Andor may be a prequel to the original trilogy, but its place in the timeline could have huge effects on the future (and past) of Star Wars. The foundation of the rebellion that ripples throughout the rest of the franchise will be explored in Andor’s timeframe. Furthermore, Moff Gideon’s need for Grogu and what it all has to do with Palpatine’s eventual return could be established in Andor, especially since this all appears to be inspired by Thrawn’s plot.

Considering how all of the Star Wars live-action series have revolved around expanding on what happened either between the movies (like what Obi-Wan Kenobi covered) or in The Mandalorian (The Book of Boba Fett’s side quests) Andor is perfectly situated to do both by exploring the lead-up to both Rogue One and the upcoming Mandalorian Season 3.