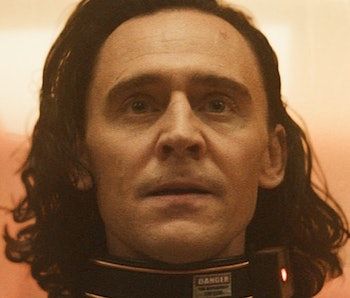 But while the TVA’s origins and purpose seem cut-and-dry, one big plot hole in that sequence could have inadvertently revealed the ending of Loki weeks ahead of the finale.

Redditor Apophyx suggests that, because the TVA exists outside of time (possibly in the Quantum Realm), there’s no way the organization’s founding could have been “caused” by someone in the MCU, given that cause and effect are integral parts of time’s linear flow. Therefore, events that “caused” the formation of the Sacred Timeline and the TVA, linked to a grand multiversal war, might not have happened yet.

It’s very possible that Loki will end with Loki creating such chaos in the past it sparks a larger war between multiverses, which would in turn prompt the need for some to establish the TVA outside of the space-time continuum. It’s a paradox, but one that could set up the MCU’s future.

It sounds complicated, but that’s just because we’re used to thinking of time as a straight line of cause and effect. If the TVA’s origin story is to be believed, time is actually a tangled knot of multiverses, albeit ones slowly being untangled by the Time Keepers.

At the center of that knot is the multiversal war, but nothing to suggest what actually started that war just yet in Loki. With time travel now a commonplace occurrence, the options are literally endless. Anything, from any point of time, could be the catalyst for that war.

Loki’s whole reputation is built around chaos, and there’s no chaos like a war between realities. If Loki ends with the trickster god sparking this multiversal war, Loki will be right where he wants to be — avoiding his cruel fate and wreaking havoc all over as much as possible.

If Loki isn’t responsible for this war, there’s one other logical culprit: Kang the Conqueror. Many have pointed out that the Time Keepers resemble Kang. Could he have been present during the war? That would certainly set up his role in Ant-Man and the Wasp: Quantumania.

Regardless, ending Loki with more insights into the multiversal war would be exactly what the Marvel Cinematic Universe needs. After years of chasing down Thanos, there’s nothing like a four-dimensional war to wipe the slate clean and prime the MCU for a new phase, especially ahead of Doctor Strange in the Multiverse of Madness.