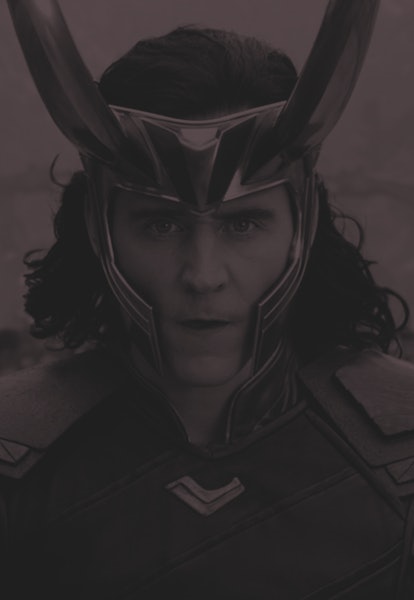 In 2018, I pitched a panel to South by Southwest about the rise of the multiverse in popular culture.

This was inspired by everything from Rick & Morty, which a year prior had its fanbase demanding Szechuan sauce; to Stranger Things, which was and still is a big deal; to The CW’s Arrowverse, which later staged its ambitious crossover “Crisis on Infinite Earths.”

There were other things around the corner too, like Spider-Man: Into the Spider-Verse taking home the Oscar for Best Animated Feature. And even further off into the horizon, Marvel and DC were beginning to set up their own multiverse-centric live-action movies. Today, the rumors surrounding Spider-Man: No Way Home are unlike anything fans have heard before. In 2022, we will see Doctor Strange in the Multiverse of Madness and The Flash, the latter starring Michael Keaton and Ben Affleck as their respective versions of Batman. None of this was conceivable just a few years ago.

Anyway, the panel we pitched, which SXSW passed on, was meant to be a fan’s guide into the multiverse theory, which at that time had only occupied the minds of theoretical physicists and science fiction writers. While superhero comics have explored the multiverse since Gardner Fox’s issue #123 of The Flash in 1961, which established all the conventions of multiverse crossovers, it’s only now we’re beginning to see the multiverse take hold in the Marvel Cinematic Universe.

The latest episode of Loki on Disney+, specifically its post-credits scene, is by far the biggest step towards this brave new future. And it gets it right because of one thing: composition.

Spider-Verse and the MCU

Spider-Man: Into the Spider-Verse left an important mark — despite being the lowest-grossing movie in the history of the Spider-Man franchise. Armed with heart and humor, the film accomplished the hard task of explaining alternate realities to a mainstream audience who don’t all own stacks of sci-fi paperbacks.

While Rick & Morty was a cult favorite when Spider-Verse opened in theaters, the movie’s unforgettable, smart storytelling established the visual language of multiverse stories. In gathering all the different versions of heroes from across the multiverse and placing them in a single frame, it communicated to audiences exactly what’s up.

Oh sure, there was an hour or so of table-setting before Spider-Verse crammed everyone into Miles’ dorm room. But by the time the movie gets there, you fundamentally understood how the multiverse works: Same person, different personalities.

Loki finally gets it right

This brings us to Loki. In the post-credits scene of Episode 4, “The Nexus Event,” Loki takes a page out of the Spider-Verse playbook with a number of variant Lokis staring at Tom Hiddleston’s version of the character — the one we know and love (to hate?). One of the Lokis is played by acclaimed actor Richard E. Grant, which sent cinephiles into a brief tizzy on Twitter.

Surprisingly, this is the first moment in which the MCU shows that the multiverse exists — and how. While characters have uttered the word “multiverse” before (all the way back to 2016’s Doctor Strange, the Ancient One asks, “Who are you in this vast multiverse, Mr. Strange?”), the franchise has been surprisingly gun shy about it. In its early goings, Loki interchangeably used divergent timelines and multiverses, which only blurs how the MCU is trying to approach the concept.

It’s actually quite confusing. As Loki posits, the TVA exists to protect the timeline and reset “divergent” paths from taking place. But do alternate timelines actually establish a physical alternate world? If so, how does that actually create different Lokis, like Sylvie (played by Sophia Di Martino) or Richard E. Grant? The MCU isn’t mightily clear on this distinction just yet. We can only deduce that a more traditional multiverse awaits the MCU in Phase 4, and not a more complicated one driven by alternate timelines.

But finally, Loki did something helpful. Like Spider-Man: Into the Spider-Verse, the show is doing the work. While Marvel’s insistence that its TV series like WandaVision are prerequisites to watch Doctor Strange in the Multiverse of Madness may be overblown (or maybe not — Kevin Feige and co. can be that gutsy with this franchise after 13 years of repeated success), Loki is doing what Inverse and I hoped to do a few years ago: explain the multiverse.

Not to brag, but we were right.