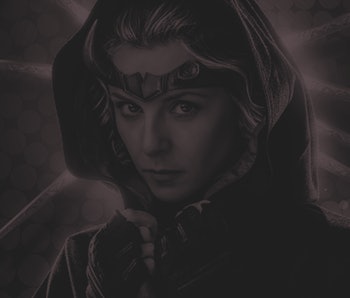 There’s a lot of momentum heading into Loki Episode 3. The last time we saw Tom Hiddleston’s Loki he was chasing his female doppelgänger, Lady Loki (Sophia Di Martino) into another timeline, leaving Mobius (Owen Wilson) and the TVA in the lurch.

With Loki’s short stint as a TVA agent seemingly finished and the Sacred Timeline under attack from Lady Loki, almost anything could happen in Episode 3.

When is the Loki Episode 3 release date?

When is the Loki Episode 3 release time?

Loki is sticking to a weekly release schedule, with new episodes dropping every Wednesday on Disney+. Following the debut of its third episode this week, viewers can expect its fourth installment to premiere on the streaming service next Wednesday, June 30th.

As of now, the Loki Season 1 finale is set to be released on Disney+ Wednesday, July 14th.

How long is the Loki Episode 3 runtime?

The official runtime for Loki Episode 3 has not been revealed. With that being said, the Disney+ show’s first two episodes did clock in at 52 minutes and 55 minutes, respectively, so the runtime for the series’ upcoming episode will likely run somewhere between 50 and 60 minutes as well.

What is the plot of Loki Episode 3?

Marvel has yet to release any specific plot details or story teasers for Loki Episode 3. Fortunately, the chaotic ending of Loki Episode 2 does offer some insight into what fans will probably get to see in the show’s upcoming third installment.

With Loki abandoning the TVA to follow his female variant, the episode will likely feature plenty of banter and interactions between the two Loki variants. It may even start to explain Lady Loki’s motivations and reveal more about what her plans are for the TVA and the Time Keepers.

Odds are that part of the episode’s runtime will also be dedicated to following Owen Wilson’s Mobius and the TVA as they all work to track down the escaped Lokis and restore balance to the Sacred Timeline. That means there should be plenty more time travel mayhem to come this week.

Where to watch Loki Episode 3

Since Loki is a Disney+ exclusive series, its episodes are only available to paid Disney+ subscribers. Marvel even confirmed

Is there a Loki Episode 3 trailer?

No official trailer for Loki Episode 3 has been released up to this point. For all the Marvel fans out there hungry for footage from the Disney+ series, though, there’s still plenty of moments in the initial Loki trailers that have yet to be featured in full in the show.

So while we all wait for the release of Loki Episode 3 this week, feel free to comb through some of the trailers linked below for any clues about what to expect from the series in the coming weeks.