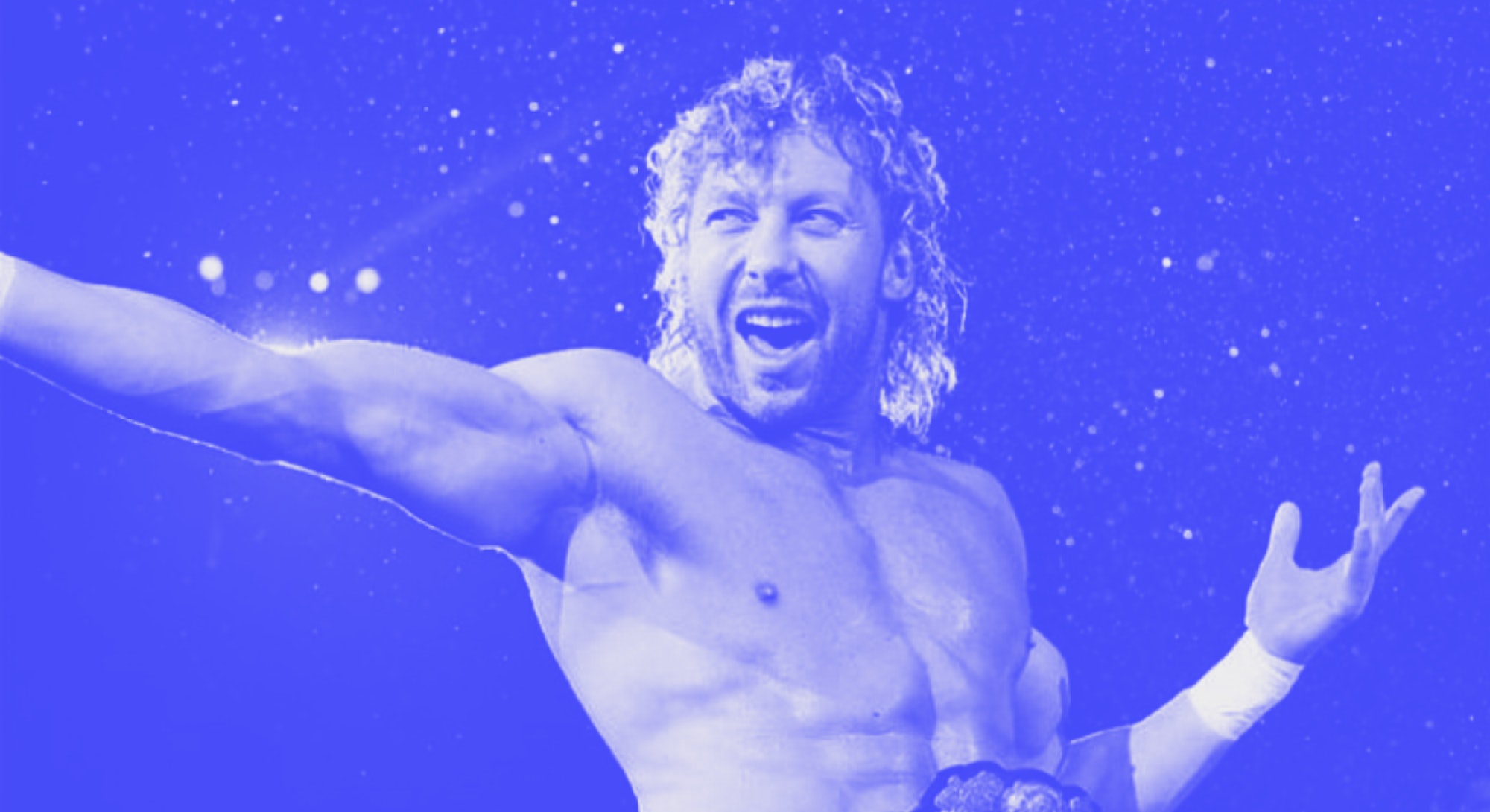 Kenny Omega is tired of the "superhero boom" of movies and TV.

"I'm glad it's going strong," the 36-year-old Omega tells Inverse. "As a kid all my allowance went towards Spider-Man, Superman, X-Men comics. But they've been pumping movies out so frequently, a lot of the emotions and connections with the characters has been lost."

Enter My Hero Academia. "I was more emotionally invested in that story, that universe, those characters than I had been any Marvel or DC franchise I can remember," he says.

A Canadian professional wrestler who grew up in the suburbs of Manitoba, Omega made his mark in the American independent circuit before gaining fame as leader of Japan's Bullet Club, a rebellious group of gaijin (foreign) wrestlers. A rabid otaku whose signature move is inspired by Final Fantasy VII, Omega recently hosted the My Hero One's Justice 2 Esports Challenge at FunimationCon on July 4. Today, he is an executive vice president of All Elite Wrestling (AEW) and the promotion's World Tag Team Champion, alongside Adam Page.

Very introverted. All I ever wanted to do was fit in. I wanted to meet people like myself, who love anime and video games, but the people around me were going to parties, staying out late. Sports weren't my first love and feeling like I had to force myself to fit in, was exhausting. It was hard to be invited to parties and not want to partake in alcohol or drugs. Because of that, I felt people drifting away from me.

It was hard for me to figure out how much of myself I project into the world and how much I put on. It took me a long time to have the courage to be myself.

Old Metallica, like Master of Puppets. Fear Factory was another band I loved because of the Mortal Kombat movie. When Johnny Cage fights Scorpion I was like, "Who are these guys?" Fear Factory always [sounded like] technology was moving toward a dismal future.

Probably free 40 or 50 hours of AOL! I was a PC gamer. I let my consoles collect dust because I was playing everything on PCs. My first experience with Final Fantasy VII was the PC version. I played a lot of LucasArts point-and-click games like Monkey Island. But while I was doing that, everyone was using computers for online chatting. I think it was called ICQ?

I was blown away when my friends would chat all day and night to someone hundreds of miles away. I couldn't get a girl in the same school to like me, and this guy's talking to girls in other countries. I caught a glimpse of the future and how things were going to be. You don't have to live in a small bubble.

I was looking for camaraderie. I didn't have the most common interests. So when I was looking for a partner, I just wanted someone that appreciates me for me. I want to share my interests and not feel like an outcast. Actually having interests in gaming and anime, things that weren't cool in high school, allowed me to develop sort of chivalric qualities. I wanted to treat my partner with respect and be there for them, because I knew how uncommon it was to find someone.

Mr. Martens was one of my English teachers. He would show up to class with a metal shirt. That was the time I got into power metal, bands like Blind Guardian, Stratovarius. I was about 16, 17, and it was a very odd interest no one else was into.

After class he's like, "I got something for you" and played a Blind Guardian album. He goes, "I've got a friend who writes for a metal magazine, so he gives me free merch." Later in life, I found out the guy writing those articles was Chris Jericho. Now I work with Chris Jericho. To think there was a connection all along, it's hard for me to forget that.

When I got to the WWE developmental system. Even at a young age, I had my heart set on professional wrestler. At that time, the misconception is that you have to be Hulk Hogan. Even my parents saw this skinny, nerdy kid who didn't like being in public.

I put everything on the line. I quit university, I quit career opportunities, gave up scholarships. All for this dream. And I realized that even at WWE, stigmas still exist. Not only that, you're expected to play a character that isn't you. It's the character they write for you.

All this time I was looking for this place where my creativity would be nurtured and valued. [But here] what you think makes you special isn't valued. You are what we make of you. Being a smaller, light heavyweight wrestler, [I was told] your ball of clay isn't enough clay to mold. That was deflating.

I made it as far as the very pre-TV level, just to be told that everything I was fighting for didn't mean anything. To leave WWE knowing that was unattainable was a failure. All my friends went to college, and were working towards becoming a doctor or lawyer. Here I am, at home, clean slate, because I was so focused on one thing. I worked 15-16 hour shifts at the airport, loading luggage and cleaning airplanes.

It feels like a dead-end but it never really is. You can always try again. There's always opportunity.

My 15-year-old self would demand the trick to fitting in and being comfortable in his own skin. He would look at me, nerdier now than I was in high school. I'm close to 40 and I'm doing more childish things. He would say, "How do you get away with that?"