“Regrets make us the person we are.” 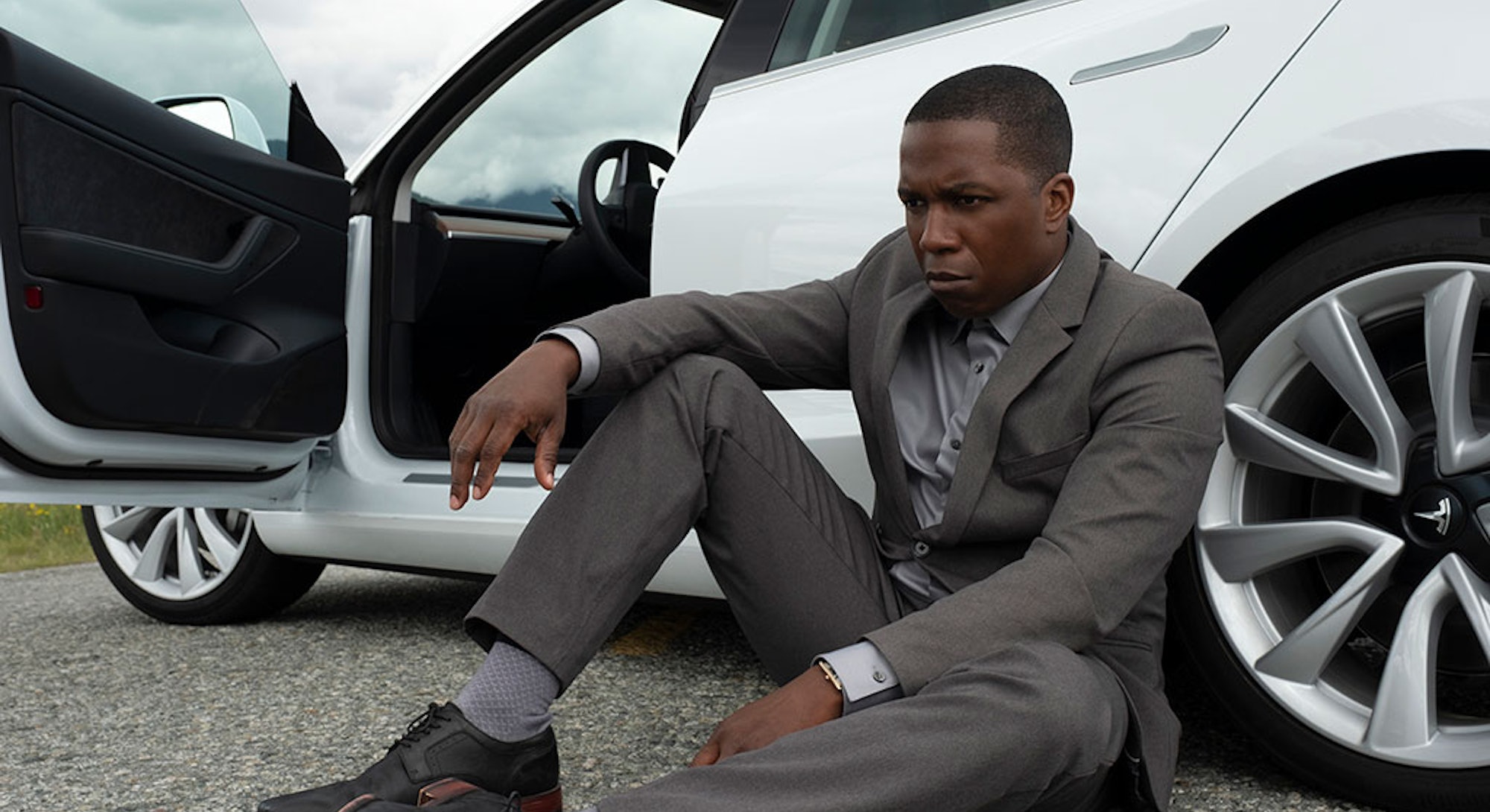 “There’s so much about our daily lives that would have felt like science-fiction 50-60 years ago,” the Oscar-winning screenwriter-turned-director (and upcoming Black Panther writer) tells Inverse.

Ridley speaks over Zoom, which the 56-year-old filmmaker says was impossible to fathom not long ago. “Would we have thought this is the way we’re going to conduct ourselves?” he asks. “I don’t know what brings us together this morning. I don’t question it — the same way I don’t question my affection for people who matter in my life. It’s just there.”

Ridley’s acceptance of forces beyond his understanding is the foundation of his first film as a director: Needle in a Timestack.

Yes, that’s the title. This sci-fi drama is adapted from a short story by Robert Silverberg that Playboy published in June 1983. A romantic tale set in the near future, Needle in a Timestack imagines time travel as a luxury for the super-wealthy, whose dalliances in the past create ripple effects across the present.

Leslie Odom Jr. (Hamilton) and Cynthia Erivo (Widows) play a couple whose marriage comes under pressure from the wife’s affluent and jealous ex-husband (Orlando Bloom), who may have interfered in their relationship using time travel. Socially conscious, Needle in a Timestack probes class tensions and wealth inequality as additional forces acting upon its lovers and threatening to drive them apart.

Ridley credits Silverberg’s original short story with providing much of that commentary. “This is not a new idea,” he says. “It’s not just [relevant] now, where you got billionaires going off into space. Back in the day, folks had private train cars. [That’s] how they traveled in New York City.”

In the world of Needle in a Timestack, life can and often does change at a moment’s notice. Where you’ve been, who you’ve met, and whether you’ve fallen in love are all experiences that can be altered, or even erased, through time travel. Though wealthy time travelers aren’t supposed to interfere with history, money has a way of circumventing rulebooks.

“One of the things that attracted me to Mr. Silverberg’s story [was] that even though it’s about romance and speculative science, there are elements that were political, slight statements about wealth, about what the rich can do that the rest of us can only aspire to,” Ridley says.

The luxurious lifestyles of the rich aren’t always evil, but power corrupts. “They can live that lifestyle,” observes Ridley, “Is it right? Is it fair in an idyllic society? No, but that’s the world we live in. I did not want to lose that thread from Silverberg’s story that I admired so much.”

Afforded an independent film’s small budget, Ridley grounded his picture in our reality. Absent are towering buildings with neon holograms and CGI androids, often associated with science fiction. In Needle in a Timestack, time travel deals are brokered through agents using tablets. Archiving memories means a visit to the Apple Store. Ridley believes his film’s budgetary constraints allowed the movie to unfold in a world that audiences will innately understand.

“Sometimes disadvantages are an advantage,” he says. “I wanted to tell a story not where people walk around in tunics and jetpacks, but about how science and technology impact our lives in ways that are fundamental but extraordinary.”

Consider social media, Ridley adds. It isn’t science fiction but, he says, “when you look at the impact it’s had in our lives, our lives are extraordinarily different.”

The nitty-gritty of time travel was not something Ridley fussed over. “Not like Tenet,” Ridley says. (Nothing against Tenet. “I thought it was engaging,” he adds.)

“I wanted to make a film where I’m not explaining time travel, and I’m not explaining love,” he says. “Neither of those can be explained, but they can be experienced. I wanted [this movie] to be grounded, so when we talk about love and choices, people can see themselves in the choices these characters are making.”

It’s unsurprising Ridley’s first directorial venture takes such an emotionally textured and resonant approach. After working as a stand-up comic, Ridley earned acclaim with his Oscar-winning screenplay for the 2013 historical drama 12 Years a Slave, directed by Steve McQueen; the film, nominated for nine Oscars, won three including Best Picture. Ridley capitalized on the film’s momentum with his Emmy and Golden Globe-nominated series American Crime, hailed for its unflinching exploration of race, class, and gender within the U.S. legal system.

“If heavy is the head that wears the crown, what makes T’Challa’s head heavy?”

But superheroes and sci-fi have never been beyond Ridley’s grasp. He’s written episodes of shows like Justice League and Static Shock and was briefly working with Marvel on a series, which was shelved before ever being announced. In 2021, he wrote comics for both DC and Marvel. Currently, he is working within the Batman universe and will soon take over for Ta-Nehisi Coates on Marvel’s current run of Black Panther.

Needle in a Timestack offers a preview of ideas Ridley will explore on Black Panther. “It’s a story of the past,” Ridley says of the Marvel comics storyline he’ll pursue. “I want to do as much as I’ve done with Needle, which is to take this extraordinary character in this amazing space and say, ‘What makes him human?’ If heavy is the head that wears the crown, what makes T’Challa’s head heavy?”

As he spun a movie from Silverberg’s story, Ridley aims to build upon foundations laid by Black Panther writers Coates and Reginald Hudlin. “You say [their] names, and you know what they did with Black Panther,” he says, “I want to build on those stories. You can look forward to a very human, very grounded take on what it’s like to be Black Panther. It’s the story of regret, in many ways.”

Ridley might not have made his name with science fiction, but Needle in a Timestack proves he has a sense of the genre. He describes all his favorite sci-fi as “stories about possibilities.”

Of Needle in a Timestack, he adds, “It’s not just about going back in time and killing a despot or [impacting] monumental moments in history. What about [revisiting] the person who really cared about you, [or] that relationship that didn’t work out? What if you could adjust the little things in life?”

As in all his projects, Ridley’s film aims to answer existential questions while affirming his characters’ humanity. “[You can] make your life perfect,” he says, “but it’s the imperfections in life, and the regrets, that make us the person we are.”

Needle in a Timestack is now in theaters and will be released on home media on October 19.