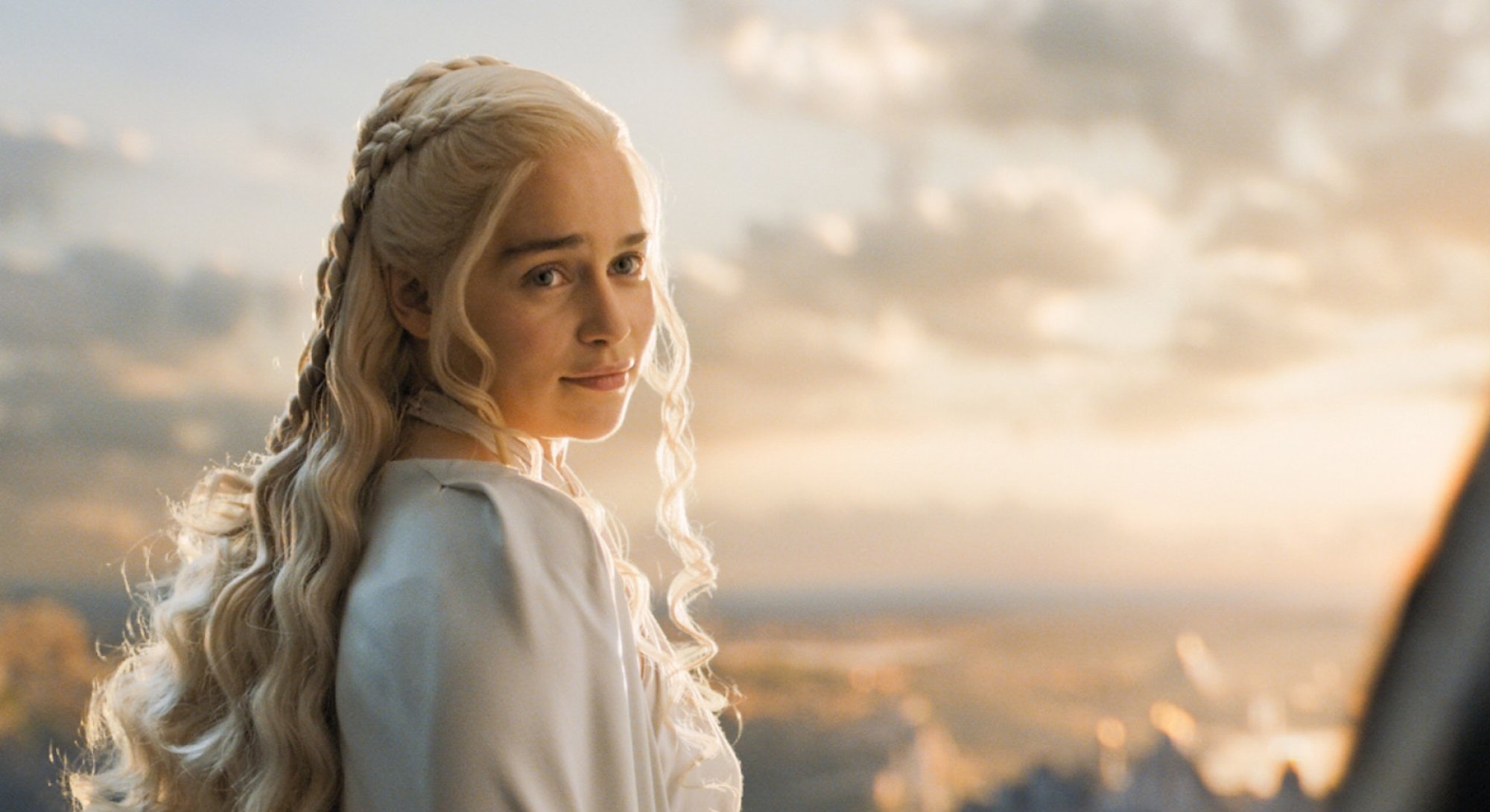 House of the Dragon will document the Targaryen’s fiery history in Westeros.

Based on George R.R. Martin’s novel Fire and Blood, the HBO series is set to be a precursor to the events of Game of Thrones and is set 300 years before the War of the Five Kings (the main conflict of GoT that was kicked off by the death of Robert Baratheon). House of the Dragon doesn't have a set release date, though it's expected in 2022. In the meantime, we have plenty of theories about how the upcoming show could change how we think about Game of Thrones. To begin with, this Targaryen history lesson needs to answer one of the earliest questions the series raised without ever even attempting to answer: Where did Daenerys Targaryen's dragons come from?

In the series premiere of Game of Thrones, Daenerys received a decorative chest filled with three dragon eggs from Magister Illyrio Mopatis as a wedding present. It was the single most important act in the series premiere, one that changed everything for the Mother of Dragons moving forward.

Illyrio explains that he got them from “the Shadow Lands beyond Asshai,” which is where dragons presumably originated. We know dragons have long been important to House Targaryen. Legend has it they controlled dragons as far back as their origins in Valyria, their destroyed former capital in Essos. However, the creatures had been extinct for nearly one hundred and fifty years by the time of Daenerys’ wedding.

Illyrio’s claim suggests that anyone could just drop in on the Shadow Lands of Asshai and pick up a few dragon eggs while shopping around. However, there’s probably way more to the story that the magister left out. Maybe he didn’t think they would hatch at all, but then he always seemed to know more than he was letting on. How Illyrio may have gotten ahold of the dragon eggs was never answered, but it’s possible that House of the Dragon will finally resolve the first Game of Thrones mystery.

The Targaryens weren't the only ones who interacted with dragons. During the reign of King Jaehaerys I Targaryen, Lady Elissa Farman got her hands on three of them. She was an adventurer who loved the sea and wanted to sail to unknown lands far beyond Westeros. When her brother married Rhaena (Jaehaerys’ daughter), Elissa and her new sister-in-law grew very close (one maester was convinced that Rhaena was actually in love with Elissa). Elissa was even allowed to ride the dragon Dreamfyre despite not being a Targaryen.

When Rhaena was called upon to leave home, Elissa jumped at the chance to go with her, defying her elder brother Lord Franklyn and sailing off to settle at Dragonstone, the home of House Targaryen. Their friendship remained strong for some time before things took a dark turn. Denied financial support by Franklyn, Elissa asked Rhaena for money to build a ship. Rhaena refused to offer payment, which pretty much ruined what was once a strong relationship.

Elissa made secret plans to leave Dragonstone, stole three dragon eggs laid by Dreamfyre, changed her name, and sailed to Pentos. She eventually landed in Braavos, selling the eggs to the Sealord (who later denied having them to King Jaehaerys) in exchange for payment for the ship she called Sun Chaser. Elissa fulfilled her dream and sailed the high seas, never to be seen again.

It’s unclear what the Sealord did with the dragon eggs after that. Perhaps he kept them as decor, sold them, or used them for political leverage. The latter would be too risky since the Targaryens would have probably found out. Considering that the Sealord reduced the family’s debt, however, it’s likely Jaehaerys knew exactly where the dragon eggs had landed.

The dragon eggs remained unhatched without a Targaryen’s blood and magic, which would explain why they were still petrified eggs by the time Daenerys got them. It’s possible they were traded throughout Essos and Braavos for hundreds of years before Illyrio managed to track them down. Being a Targaryen loyalist and a citizen of Pentos means that he could have known about the dragon eggs and went in search of them.

George R.R. Martin has yet to confirm whether the three eggs Elissa stole are the same ones later acquired by Daenerys. He’s probably holding that information until volume two of Fire and Blood (which does not have a release date). But House of the Dragon could answer the question before Martin ever does, with the writers possibly borrowing ideas from the second volume well in advance of its completion. The series could also reveal why Dany’s dragons hatched and grew to become large and formidable creatures when the last of the dragons were small and sickly.

The only problem with the reveal is that Elissa lived during King Jaehaerys’ reign. House of the Dragon is set to cover the era of King Viserys I Targaryen and the Dance of the Dragons, the Targaryen civil war that saw Viserys’ children duke it out for the Iron Throne. While we may not meet Elissa, however, it’s still possible that her story will be told and the stolen dragon eggs will make an appearance along the way.

Perhaps they’ve already fallen into the hands of someone in Pentos or Essos. Maybe the Sealord of Braavos passed the dragon eggs down to his children. Whatever the case may be, the mystery of how Illyrio eventually got his hands on them could be answered and the storyline visited over the course of the series.

After all, Game of Thrones diverged pretty heavily from A Song of Ice and Fire, and it’s likely House of the Dragon will do the same. Martin is a stickler for details and the first volume of Fire and Blood vowed to reveal the origin of the dragon eggs, so there’s no way that he would leave that plotline hanging. The prequel show has a lot of ground to cover, but revealing the mystery behind those eggs could finally bring closure to an unresolved storyline that would enrich both shows.

House of the Dragon is scheduled to be released on HBO in 2022.