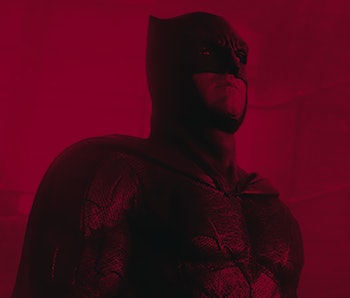 While HBO Max only just launched on May 27, there's already a tab in the site for "Leaving Soon," and it's stocked with an assortment eye-catching titles brought on for the streaming service's debut. The description for each movie doesn't reveal exactly when they're leaving, only that it's ominously "soon." So before you dive headfirst into the Studio Ghibli collection, be sure to check out these eight modern classics during their short stay in the HBO Max library, before it's too late.

This 90s classic ushered in a new era of the historical epic and won five Oscars, including Best Picture. Depicting the life and times of Scottish revolutionary William Wallace, and based on an actual 15th century epic poem, Braveheart is everything that's great about epic cinema: rousing speeches, long medieval hair, and brutal battle sequences. If you liked HBO's flagship show Game of Thrones, give this a watch before it leaves.

The Unfriended series, told entirely through a computer screen, takes on a whole new meaning in the age of quarantine, when many of our few interactions with people are through computer screens not unlike this one. Luckily, those interactions go a bit better than the ones in this horror movie, chronicling a group of teens as they find a mysterious laptop that takes them down a rabbithole into the Dark Web. Needless to say, not everyone survives.

The first of the 90s trilogy of Batman movies is the only one with Tim Burton's distinct directorial style, and it pays off immensely. While in the era of cinematic universes it may feel cheesy and campy, that side of Batman is part of his DNA, and these films act basically as a love letter to all the comic book humor and wit and tongue-in-cheek darkness that not only makes Batman great, but makes Tim Burton's movies great too.

Joel Schumacher took up the directorial helm of the Batman franchise after Tim Burton, and his more-is-more approach permeates this movie, like it or lump it. Capturing all the goofiness of the 60s-era Batman, this film's use of Tommy Lee Jones and Jim Carrey as Two-Face and the Riddler made for a jam-packed movie full of camp and thrills. It's unlikely we'll get a superhero movie like it again, so check it out while you still can.

The Lego Batman Movie takes all the heart and camp from the previous two Batman movies on this list and adds a large dose of meta-ness. Will Arnett's Batman and Michael Cera's Robin bring two whole eras of Batman together, with Batman at the peak of broodiness, and Robin at the most optimistic. It's a buddy cop movie the whole family can watch, and a must-see for any Batman fan.

Jordan Peele's sophomore film Us attempts to follow up on the Oscar-winning success of Get Out, and more or less succeeds. With a spine-chilling premise and mirror fight sequences for the ages, not to mention Lupita Nyong'o's haunting dual performance, it becomes a terrifying watch that will make you terrified of the one thing you can never get away from: yourself. Look out for an ending that will change the entire movie for you.

Speaking of twist endings, Shutter Island has one of the best in cinema. The movie follows U.S. Marshal Teddy Daniels as he investigates the disappearance of a patient. It starts off as a normal thriller detective story, but the more the story unfolds, the darker and more twisted the truth turns out to be. The gritty atmosphere and psychological elements are heightened by a modern classical score that's at turns paranoid and cyclical. This is the kind of movie you'll want to watch and rewatch, so get a head start while you have the chance.

Yes, while The Snyder Cut may be on its way to HBO Max, the Joss Whedon cut is on its way out. Regardless how you feel about this version of Justice League, it's an important jumping-off point and a way to (eventually) compare the different directorial styles and editing styles. It begs the question, is it better to have a worse Justice League on HBO Max than not have one at all? If your answer is the former, check this one out.