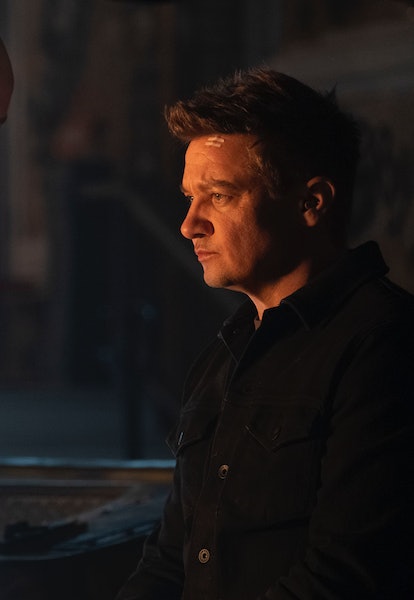 “Grief and trauma” have practically become buzzwords in the Marvel Cinematic Universe.

Vision told Wanda “grief is love persevering” and sparked a meme. Bucky Barnes struggles with PTSD. Natasha Romanoff never got over her stolen childhood in the Red Room. Ever since the events of Avengers: Endgame, every remaining character in the MCU has been dealing with some sort of trauma even after the movie’s bittersweet ending.

Hawkeye is no exception. He blames himself for Natasha’s demise on Vormir. He’s even brooding and somber while watching a Broadway musical, which is quite the feat. Watching your best friend sacrifice herself in front of you is going to cause trauma, but is the Happy Dad act Clint’s putting on a front not only to the audience but to Clint himself?

One key scene in Hawkeye Episode 3 may reveal the true extent of his pain, and the complex trauma he’s still suffering from post-Endgame.

After escaping the Tracksuit Mafia and Echo, Clint and Kate reconvene at a diner. She once again brings up his problem with branding, sketching out a rudimentary costume for him. He scoffs at it (despite it being his iconic outfit from the comics) and offers three reasons he can’t wear a flashy purple suit:

Reasons one and two are pretty logical, Kate’s concept isn’t exactly the most flattering or stealthy look. But the third reason raises a lot of concern. Sure, Hawkeye isn’t an icon to inspire hope like Captain America or a living symbol of capitalism like Iron Man. But he’s still a role model. After all, he’s a freaking Avenger.

Kate is quick to remind him of this, but what never comes up is that devoid of his role of Hawkeye, Clint is a dad three times over. Hawkeye may not be a role model, but Clint is, even if he refuses to see it.

So why doesn’t Clint give himself any credit as a dad, let alone as a hero? The answer is probably something millions of people in the MCU are suffering from: survivor’s guilt. Survivor’s guilt is a psychological phenomenon where the survivors of a traumatic event believe they have done something wrong and feel guilty for being alive when others are not.

It’s understandable for survivors of the Blip to experience survivor’s guilt. Sure, to the general public, it was a completely random event that wasn’t influenced by anyone’s actions except Thanos. But Clint’s guilt is more than that. Not only did he fail to stop the Snap, but he then had to watch Nat sacrifice herself specifically to save him. It was clearly a matter of her or him, so the guilt must be immense.

We’ve seen survivor’s guilt in Marvel many times before. Probably the best example is Thor, who “let himself go” after the Snap. However, that was played off as a joke. Thor’s behavior was treated as a failure to cope in a “healthy” way, rather than a natural reaction to incredible trauma.

With Hawkeye, Marvel is finally exploring how a human would react to the events of Avengers: Endgame.

Why Hawkeye is different

Hawkeye’s pain isn’t just hidden from those around him. It’s also hidden from himself. Maybe the reason why he’s throwing himself into Kate’s fight instead of spending time with his family is because he’s looking for a way to make up for what he considers his past failings.

Sure, Clint may tell his kids he wants to come home — and he probably does want to on some levels — but subconsciously, he sees Kate as his second chance. Kate is a surrogate Nat (at least until Yelena shows up), someone he can “save” to not only cancel out his loss but to prove he can actually fix things.

Self-punishment is common in people experiencing survivor’s guilt. Maybe Hawkeye’s not allowing himself to feel pleasure or be with his family because Natasha can no longer be with hers. He’s seeking out danger in order to get some semblance of retribution.

Hopefully, the faith and optimism Kate Bishop brings to the MCU will make Clint realize the best way for Natasha’s sacrifice to be worth it is to be with his family as much as possible. She didn’t want his kids to lose their dad, and his guilt shouldn’t do that either.

Hawkeye is now streaming on Disney+.