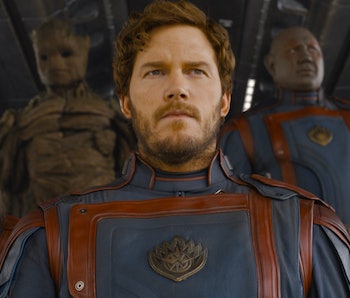 An Adam bomb is coming to the Marvel Cinematic Universe, and fans might feel its effects for years to come.

In a new conversation with Empire, writer and director James Gunn unpacked one of his last bits of business with Marvel Studios: Guardians of the Galaxy Vol. 3.

Gunn talked about his film’s antagonist, Adam Warlock, played by Midsommar’s Will Poulter. But while Gunn stopped short of calling Warlock a villain, he alluded to the longevity Warlock will have for the rest of Marvel’s Phase Five and Six.

“It’s kind of more complicated than that,” Gunn told Empire about Adam Warlock’s bad guy role in Vol 3. “But he’s definitely not a good guy. What we’re seeing is the infant form of Warlock, newly out of the cocoon, and he does not understand life very well. He’s basically a baby.”

As is often the case in the MCU, the juggernaut franchise is making a few changes to the comic books. In the comics, Adam Warlock is an artificial being created by a group of scientists to be the perfect sentient creature. When he rebels against his makers, he travels into space and meets the High Evolutionary (also set to appear in Guardians of the Galaxy Vol. 3, played by Chukwudi Iwuji), who christens him “Warlock” and gives him the Soul Gem. After saving a parallel Earth, Adam embarks on his new life as an intergalactic superhero.

The MCU has changed Adam's origins. He's now a creation of Ayesha (Elizabeth Debicki), the high priestess of the Sovereigns, who will unleash Adam as revenge for their actions in Guardians of the Galaxy Vol. 2. But while Adam will try to steamroll the Guardians in Vol. 3, his history as a superhero means his inevitable face turn after Vol. 3 could make him the next Loki: A menacing bad guy turned heroic fan favorite.

In the comics that inspired the Infinity Saga, Adam Warlock was a major character who fought Thanos. The ship to see that confrontation on the big screen sailed long ago, but the imminent arrival of Kang the Conqueror (Jonathan Majors) suggests Adam may still be the hero the MCU needs.

Gunn also acknowledged the history of online fan casting for Adam Warlock, in which fans have always hoped for big-name actors (like Tom Cruise) to play the galactic hero. But Gunn has a different take, one that may benefit the MCU further down the road as the franchise marches on.

"I wanted somebody who was youthful, and I wanted the person who had the dramatic chops and the comedic chops, not only for this movie but for what Marvel will use Adam Warlock for in the future," Gunn said. "He could become this really important character."

That sounds like a potential Adam Warlock versus Kang the Conqueror showdown to us.

More like this
Entertainment
Jan. 15, 2023
3 ways Marvel Phase 5 can fix the MCU’s biggest problems
By Dais Johnston
Entertainment
Jan. 12, 2023
Harry Styles’ Eros is returning to the MCU — but why?
By Eric Francisco
Entertainment
8 hours ago
Corey Stoll could have the chops to make a live-action M.O.D.O.K. work
By Mónica Marie Zorrilla
LEARN SOMETHING NEW EVERY DAY.
Related Tags
Share: