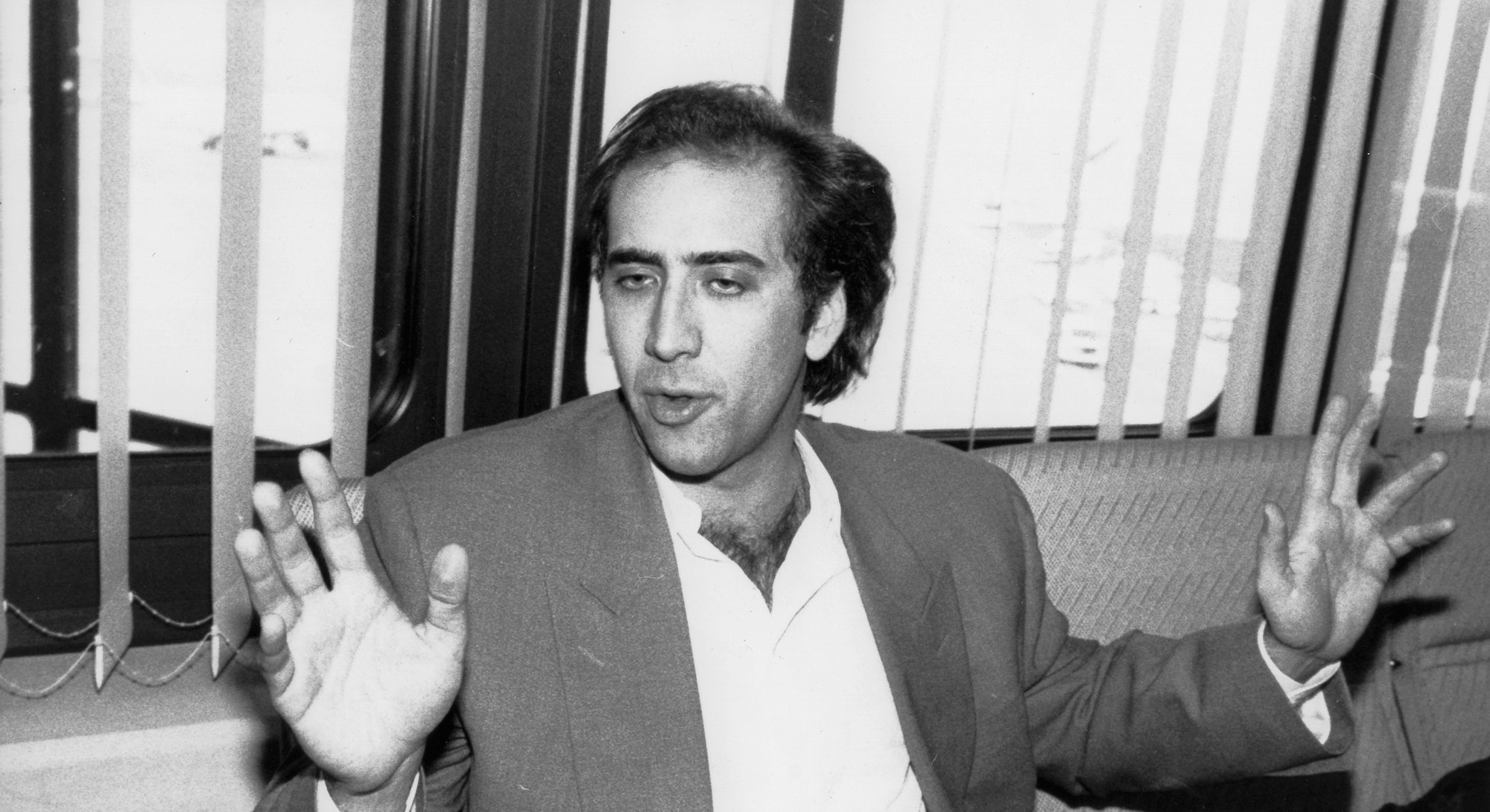 Sure, neither Ghost Rider film living up to its potential nor fully embracing the wild mythology at the heart of the comic books, but the flaming skull is cool enough to put some gas in the tank. There’s a lot of mileage in that simple yet evocative image of a skeleton dressed in motorcycle leathers, his head surrounded by a wreath of flames. And Nicolas Cage, bless him, certainly ran with it until there was nothing but the scent of burnt rubber left in his wake.

As we come upon the 15th anniversary of Ghost Rider and the 10th anniversary of Ghost Rider: Spirit of Vengeance, I made a point of re-watching these films through the lens of the times in which they were made. The first entry, Ghost Rider, debuted a little more than a year before Iron Man (2008) launched the Marvel Cinematic Universe and The Dark Knight proved superhero movies could be both events and prestige pictures. Meanwhile, the sequel, Spirit of Vengeance, landed mere months before The Avengers turned the Marvel Cinematic Universe into a billion-dollar endeavor.

I’d never go so far as to say either of the Ghost Rider movies are actually good, there’s still some fun to be had. Revisited 15 years later, Nicolas Cage’s superhero run exists as a residual oddity that sadly arrived too late to the rapidly shifting world of comic book adaptations.

In Ghost Rider, directed by Mark Steven Johnson, who had already cut his teeth on a Marvel property with Daredevil, Johnny Blaze (Cage) becomes the Devil/Mephistopheles’ (Peter Fonda) bounty hunter after selling his soul to save his father’s life as a young man. Mephistopheles tasks him with hunting down and destroying his son, Blackheart (Wes Bentley) who has his sights set on becoming the ruler of hell on Earth by way of a legendary scroll containing a thousand souls.

Ghost Rider was directed by Mark Steven Johnson, who had already cut his teeth on a Marvel property with Daredevil. The film follows Johnny Blaze (Cage), who becomes the Devil/Mephistopheles’ (Peter Fonda) bounty hunter after selling his soul to save his father’s life as a young man. Mephistopheles tasks him with hunting down and destroying his son, Blackheart (Wes Bentley) who has his sights set on becoming the ruler of hell on Earth by way of a legendary scroll containing a thousand souls.

The film is kind of a mess. It wants to be a horror/comedy superhero film but ultimately never lands on a tone or theme. It’s simultaneously a film that revolves around punishing evil and affirming the worth of a human life, but the evil is never frightening or honest, unless you consider some demons who can turn into Earth elements and a grunge rocker cast-off to be the truest forms of villainy. Meanwhile, the human lives are disposable, props to hold CGI effects. When Blaze’s closest friend, Mack (Donal Logue) is murdered, it’s treated with nothing more than a shrug.

But man, does Ghost Rider look cool. Johnson certainly knows how to get a money shot, and it's impossible not to feel a little glee with Ghost Rider picks up and wields a chain for the first time or gets his iconic spike studded leather jacket. Much like the case with Daredevil, Johnson knows how to create some striking visuals. The plot on the other hand…

There’s no real clear sense of stakes in Ghost Rider. Hell on Earth is mentioned, but what does that mean? We never get any apocalyptic visions of Hell, just vague allusions to bad stuff. Blackheart’s plan also makes little sense, and his characterization leaves much to be desired, even within the glorious emo days of the mid-00s.

Where the film does shine, oddly, is the romance between Blaze and his teenage sweetheart Roxanne Simpson (Eva Mendes). It’s not that the relationship is anything we haven’t seen in numerous rom-coms, but the idea of playing out that scenario in a Ghost Rider film is pretty amusing, and Cage and Mendes clearly have fun making the most of broadly drawn characters. It almost works as a rom-com better than a superhero movie. Ghost Rider trotted so that a decade later Venom could sprint.

The highpoint comes in the form of Carter Slade (Sam Elliot), Marvel Comics original Ghost Rider later renamed the Phantom Rider. Slade wasn’t originally a part of the same Ghost Rider mythos as Johnny in the comics, but by combining him with the character of The Caretaker, this movie employs some ingenious reimagining. (Marvel Studios would do something similar years later.)

However, the third act fails Elliot by having his character ride away and fade from existence before the final battle in a moment that’s so awkward it’s comical. But man, does he look cool as a skeleton cowboy riding a flaming, skeleton horse. (Notice a pattern yet?)

Ultimately, Ghost Rider feels like a network television show cut down into motion picture length. Cage and Mendes are charming, and Fonda and Elliot add weight to an otherwise weightless film.

It’s a fun relic, with a great first transformation scene thanks to Cage’s expressiveness. But ultimately, the film feels like it should be pulpier than the final product, and probably would’ve worked better in the hands of the original director, Blade’s Stephen Norrington.

Five years later, Ghost Rider rode back onto movie screens with Ghost Rider: Spirit of Vengeance, from Crank directors Mark Neveldine and Brian Taylor. I’ll admit, I wondered if perhaps I judged this film too harshly, having not seen it since opening night. I wish I could say it won me over, but I can’t get behind Spirit of Vengeance. Despite all the pieces being present for a sequel that could’ve surpassed the original (a low bar if there ever was one), this movie TKTKTKTK

In Spirit of Vengeance, eight years have passed since the first film and Johnny Blaze is a little worse for wear — the continuity of the previous film is also mostly thrown out the window. Blaze has traveled the world, trying to keep the Ghost Rider at bay and resisting its pull. But he’s drawn back into action by a monk, Moreau (Idris Elba), who asks him to protect the anti-Christ, Danny Ketch (Fergus Riordan), from his father the Devil/Roarke (Ciaran Hinds), who wants to transfer his essence into him. Blaze, Moreau, Danny, and his mother, Nadya (Violante Placido) set off to find sanctuary among this order of monks with Roarke and his servant Blackout (Johnny Whitworth) hot on their trail.

The synopsis doesn’t sound bad, but the execution relies on lazy emotional beats, uninteresting characters, and a surprising lack of Ghost Rider during the entire second act. Not even a team-up between Cage and Elba can save this, nor can Cage tapping into an unhinged delivery of “knocking at the door” during an interrogation scene.

This time around he’s charred from head to toe, and you can see the toll the transformations have taken on his body. There was some real care in the character design. It’s just a shame the film surrounding the character looks the way it does with daylight scenes washed out, overly stylized edits, and camera angles that’ll make your eyes bleary and your head hurt as if you’ve been inhaling fumes for two hours.

For directors known for action, there’s very little that’s dynamic about the action in this. The flaming crane scene is admittedly cool, but adversaries mostly just stand around and wait to get turned into ashes. There are odd, animated cutaways and attempts at humor, like Blaze pissing flames that land with a thud.

By the time we reach the finale, which seems like it’s going in an Uncharted direction with Blaze taking down a cult of devil worshippers in Turkish ruins, it all feels like a waste of potential. A third-act car chase isn’t half bad, but it doesn’t offer much in variety and again.

The villains are non-threats. Blackout, who can drain life and light, his powers are never used in a cool way, and instead, much like Blackheart in the previous film, he becomes a weird attempt to imitate the Joker.

Cage, whose energy always makes him immensely watchable, seems tired in Spirit of Vengeance, and it’s not just the wear of the character. It feels like he’s done all he could with the character, but the film remains even less interested than the previous one in examining what the Ghost Rider’s role is. Just when it seems like it might go there, with the introduction of the former angel of justice, Zarathos, the story simply ends, abruptly.

Both Ghost Rider movies feel like missed opportunities, but the first film has a watchable quality, and maybe even offers a bit of nostalgia for those who saw it at an impressionable age. As the character Ghost Rider celebrates his 50th anniversary this year and rumors of Johnny Blaze making his MCU debut circulate — not counting his brief appearance in Agents of SHIELD — I hope someone will come along make sure Ghost Rider’s flame stays lit. He can offer far more than just looking cool. And maybe, just maybe, he can bring spike-studded leather jackets back in fashion.