“I would love to do Jekyll and Hyde.” 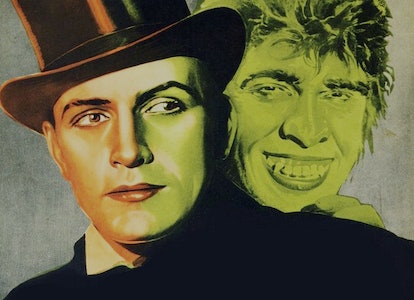 Christopher Landon is one of Blumhouse's most reliable talents. As a writer, he helped shepherd the Paranormal Activity franchise before stepping up to direct Happy Death Day, Happy Death Day 2U, and Freaky, a horror slasher-Freaky Friday mashup he wrote with Michael Kennedy.

The point being, Landon may have a lot of freedom when it comes to telling scary stories within the walls of Blumhouse. So what's next? In an interview with Inverse, the filmmaker talked about his theoretical plans for Universal's classic monster universe.

The short answer? Landon wants to remake Dr. Jekyll and Mr. Hyde for our modern times.

The long answer? Just because Blumhouse made classic monster movies cool again with Leigh Whannell's The Invisible Man doesn't mean Landon has the keys to the franchise.

"If there were any keys to be given, they were all given to Leigh," Landon tells Inverse. "He literally destroyed that movie. I actually went to the premiere, and I remember right after it, I walked up to him and I think the first words out of my mouth were, 'You motherfucker.” I know Leigh’s doing Wolfman with Ryan Gosling. So that's gonna be pretty fucking cool."

In the meantime, Landon is excited to discuss Freaky (a movie where Vince Vaughn performs a cheerleader routine and Kathryn Newton chops up high school bullies) and explain why the Jamie Lee Curtis/Lindsay Lohan Freaky Friday is the best Freaky Friday.

If you could make a horror movie about any of Universal's classic monsters, what would you do?

I would love to do Jekyll and Hyde. I think it's I think there's a lot of complexity, and a lot of stuff to mine there. I love duality and playing with that kind of stuff. I think it's a really cerebral kind of horror film. It would be a really fun one to do.

Unlike most horror movies, Freaky goes out of its way to spare all the main characters. Why is that?

First of all, in horror-comedy, it's not as advantageous to kill off people that you really like for the sake of stakes. But Michael Kennedy and I also wanted to call out certain traditional horror movie tropes, and two of those were bury your gays and kill your minorities. Joshua [Misha Osherovich] even says it out loud in the film.

So we were like: Let's not only let these characters survive, let's also make them an integral part of the plot. Millie would not succeed it not for these two people by her side. It was really important to us was that this friendship was as important as the rest of the themes in the movie.

Alan Ruck steals the show in Freaky as the evil woodshop teacher. Was he supposed to be a stand-in for toxic masculinity?

We certainly take our digs at toxic masculinity, but I think more specifically, this movie is a revenge fantasy. It's kind of weird, you still find yourself rooting for the serial killer in her body because she's taking down all these people that are bullies. Everyone can relate to that one teacher you had in high school that just seemed to really have it out for you and picked on you and was a bully. I certainly had teachers like that, and I know that Michael did too. There's a certain kind of perverse wish fulfillment there.

It was also heightened and sweetened by the fact that it's Alan Ruck and that it is Cameron from Ferris Bueller's Day Off. It's like if Cameron took a wrong turn after that movie and just became this other person who's awful. He became his father, but 10 times worse.

Do you have any plans for a Freaky sequel?

I would make a sequel if and when the right idea presents itself, but I would not make a sequel just for the sake of making another movie.

I prefer the remake. The first movie is a snapshot of its time. But the remake had insider knowledge of how that concept can actually work. Also, Jamie Lee Curtis.

Freaky is coming to theaters on November 13.